As the tower itself this artistic decoration received mixed response. The babies were made by David Cerny, a controversial figure of Czech art famous for Entropy, a highly controversial art installation in the building of the Council of the European Union during the Czech presidency. By the way, each statue weights 100 kilograms! 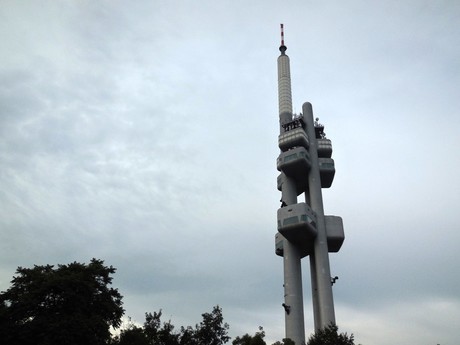 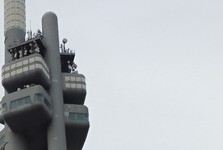 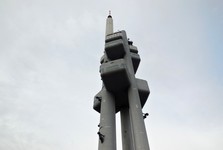 We quite like the way art combines with this structure. We bought quite expensive tickets that would get us at the observation platform. While waiting for an elevator to come we were reading a leaflet about the tower. The tower’s mass is 2 200 tons. It was constructed during the years 1985 and 1992. It consists of two columns, one of 134 meters the other 216 which is the total height of the tower. The main tower has 6,4 meters in diameter. Inside are two high-speed elevators and one more elevator (service) is in the other column. An emergency staircase of 736 steps is also in the latter column. Between the years 2011 and 2012 the tower received its latest renovation receiving a new name Tower Park Praha after that. The tower is open all year round from 8 am till midnight. 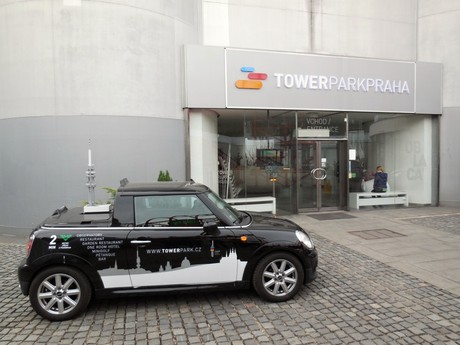 Once the elevator arrived it took us up to 93 meters above the ground. There is the observation platform which, to our surprise, have the capacity of 300 people. Fortunately, there were only 20 of us. Then we walked through three rooms. One of them is a linking room with a minibar offering sweets, snacks and various beverages. On couches you can watch a documentary screened on the wall about the history of the Zizkov Tower. 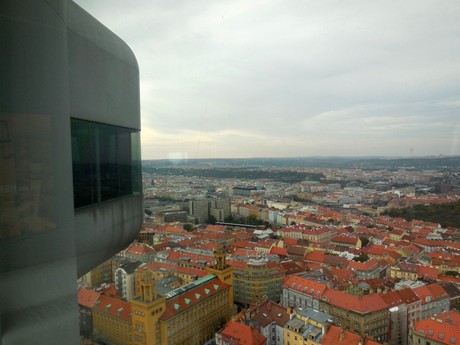 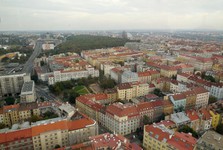 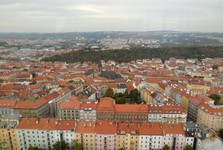 In the rooms you can enjoy landscape up to 100 kilometers in distance. Through binoculars you can view Prague and interactive panels tell you about Prague’s most important isghts. are binoculars and interactive tables. Bubble shaped armchairs hang under the ceiling in another room. When we swung in an armchair we should have heared sounds typical for Prague like humming of the Vltava, Old Town’s astronomical clock etc. Unfortunately the armchairs were silent. Perhaps we did not swing energetically enough… The walls are covered with paintings showing the construction of the tower. Occasionally there are artistic nude photographs. 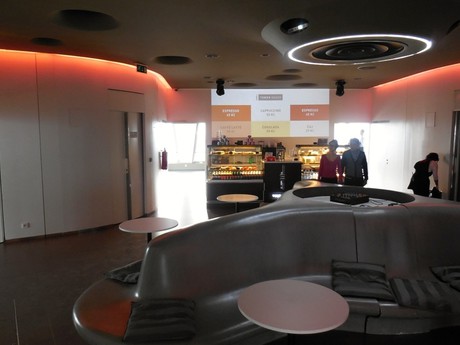 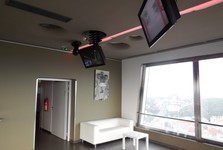 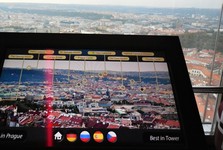 One floor under (at 66 meters) there is a luxurios restaurant serving modern Czech cuisine. One more floor below there is a luxurious one-room six-star hotel. Above the observation platform there are service rooms leading to the TV transmitter. All space is very variable. It can be remade into a congress room, or a wedding hall. 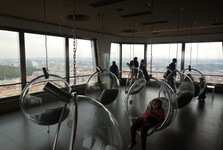 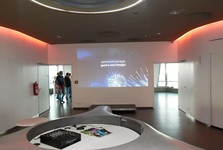 We were amazed by its height, the sight from its observation platform, and interesting facts about the tower. Then we left one of the most visible and modern sights of Prague. We really recommend you to see it for yourselves. 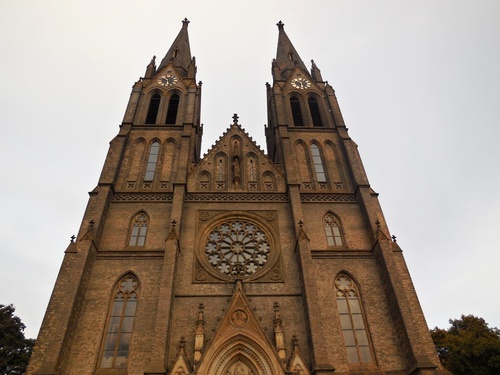 At the end we share with you one more tip. Just one subway stop further there is Namesti Miru square. There The main sight there is the 19th century Gothic revival church of St Ludmila. It is a three-aisle basilica that will capture your sight and soul. In case you pass by when going from the Zizkov Tower towards the city center you should take a moment to see this sight.