An artificial island that goes along Čertovka, from the Charles Bridge to Smíchov, was always a place where artists were looking for some inspiration and maybe some of lost energy while being close to Vltavy.

Malá Strana hides lots of mysteries and perhaps there is no place more beautiful to kids for play their games. The Kampapark that is right under the Charles Bridge is also beloved by their parents, not for its exceptional monkey bars and slides, but simply for enchanting atmosphere of the place. 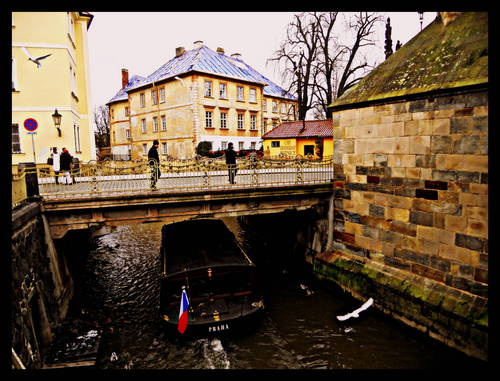 The Mills of Kampa

One of Kampas dominant constructions is a wooden mill wheel of Velkopřevorský Mill that restlessly and deliberately spins at Čertovka. It is the wheel of the last renaissance mill built in the 16th century. There are small wooden steam engine boats cruising on Vltava. Other ships hardly can pass under low bridges, which are decorated with omnipresent “lock of love” so hated by preservationists.

Unfortunately, barkers like those on the Wenceslas Square try to get you on a ride on a steamboat, or a “boat trip” if you will. However, tourists love boat trips on Vltava so any persuasion is unnecessary. Before a steamer arrives people try to kill some time by a stand that has surprisingly very reasonable prices. A cup of mulled wine at Kampa costs only 40 crowns. 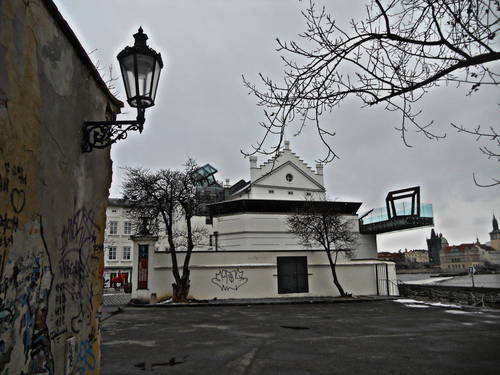 The Velkopřevorský Mill is however, not the only mill at Kampa. Famous Sova’s Mills built just on the River Vltava are one of the most visited places of this fabulous island. The Kampa Museum has its residence there since 2001. But you would be disappointed if you looked for some typical mill wheel. The family of bakers of František Odkolek that bought the mill from Václav Sova of Liboslav had rebuilt the original mill in a neo-Gothic style and the romance of the wooden mill wheel was replaced with effective steam powered wheel. 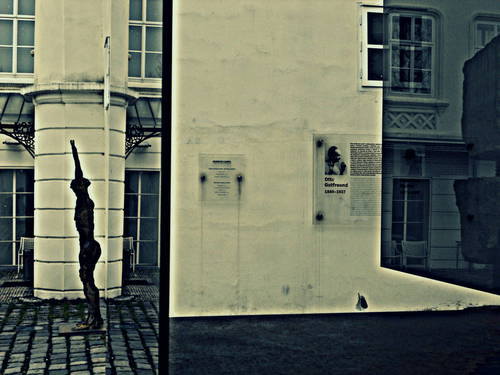 The Werich’s Villa and its sad history have also played their part in the story of Kampa. Long argues what to do with a house where Jan Werich or, for example, Vladimír Holan, a poet lived are, as it seems, over. The officials of Prague 1 district eventually had made an agreement of cooperation with Meda Mládková, an arts benefactor. The city of Prague will pay the renovation estimated costs of which are around 25 million CZK and Mládková’s foundation will furnish the villa with exhibitions and will administrate the museum. However, the foundation won’t pay any rent. Jan Werich lived in the villa with his family since 1945. 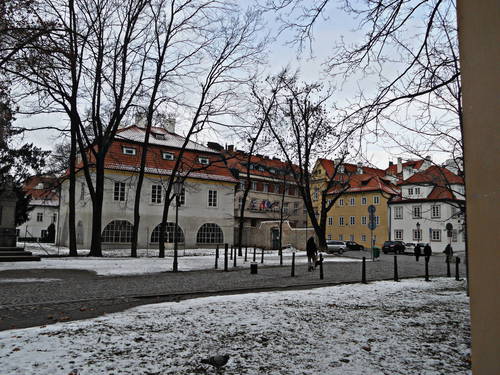 The Werich’s Villa is also related to Jan Dobrovský, his statue stands in front of the building, or with Zdeněk Wirth, a scientists and a historian. To them the future exhibitions should be devoted. Meda Mládková’s Foundation administers the villa since 2008 however, only the exterior of the building has been renovated since the floods of 2002 when Kampa was flooded. 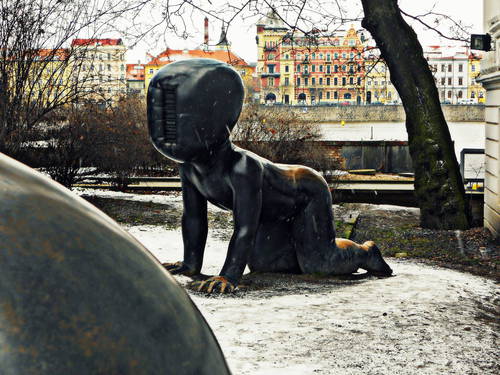 During a walk through the park it is evident it needs a renovation too. Even fresh snow couldn’t hide unrepaired brick walls going along a part of islands borderline. In the spring there should be more statues that would enlarge the group of six statues that are currently there. It should be in a similar style to David Černý’s statues of babies . 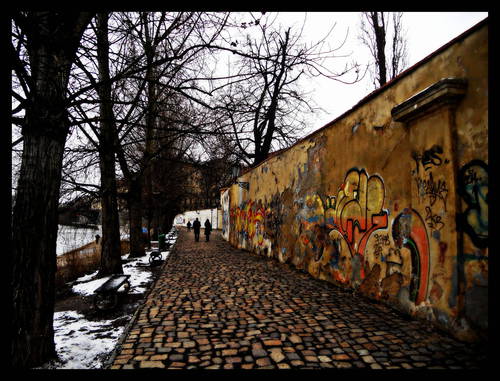