In our articles we got to know Ingolstadt in Sachsen, Eichstätt and another parts of Germany. However, we have never been to Wiesbaden located in the west part of the country in the state of Hessen. In Hessen live approximately 6 million people.

The Capital of Hessen

Around 300 thousand persons live in Wiesbaden, 20 000 of them are Americans who work here mostly for the US Army. Should you decide to travel to Wiesbaden by car, it is likely that the first thing you would see would be an ugly suburbs with hotels, administrative buildings and gas pumps. 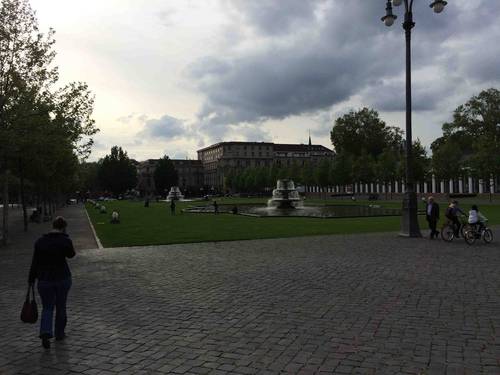 However, do not let it discourage you from getting know the city. The best is, indeed, in the city center. When you get out of the suburbs and step into the historical core where historical buildings are located, you will be amazed. Immediately you will realize that Germans take care of their historical landmarks. Similar to other cities in the country, even here historical architecture is carefully renovated. The restaurants, bars, boutiques placed in old buildings have to respect historical character of the center. So it is unthinkable to see here terrifying neon signs or weird signs luring you inside as

you can see in Prague.

On the top of the have to see landmarks is, of course, Kurhaus that is tightly connected to spas. Kaiser Wilhelm II went here once a year to enjoy local thermal springs.

Basically, Kurhaus is located in the city center right along Wilhelmstrasse. It is a monument that shocks you right you see it. A casino has been operating there for more than hundred years. When I noticed large signsf implying that there is a casino for the first time

, I was unpleasantly surprised. I thought of Wenceslas Square and adjacent streets in Prague . However, when I had learned that the casino there has at least long historical tradition, I calmed down.

The west part of Kurhaus is called Bowling Green. A long colonnade lines this area with a large green lawn with two fountains. At Bowling Green usually take place concerts. Contrary to your assumptions, you wouldn’t here there classical music but rather contemporary musical stars such as R.E.M., Leonard Cohen, Bryan Adams or Lionel Richie. 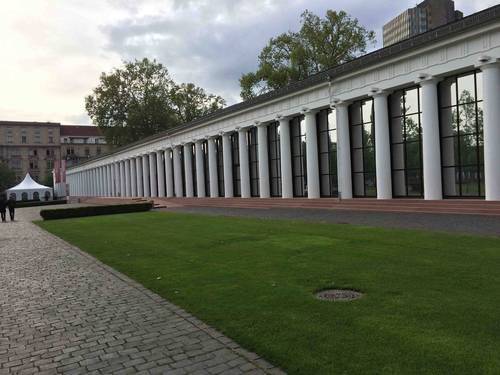 On the following week we will continue in our tour de Wiesbaden.