en.infoglobe.cz » Lithuania: The Hill of Crosses – A Place of Hopes and Memories

In case you travel in sunny weather you will focus your attention soon since you will explore a glittering mountain getting closer to you. It would be better if you travel in cloudy weather or, god forbids, in foggy weather. Grim mood, curiosity, and expectations… these will make the best combination for exploration. Perhaps the best time to visit the hill is in early morning or early evening because you will avoid larger groups of wanderers. 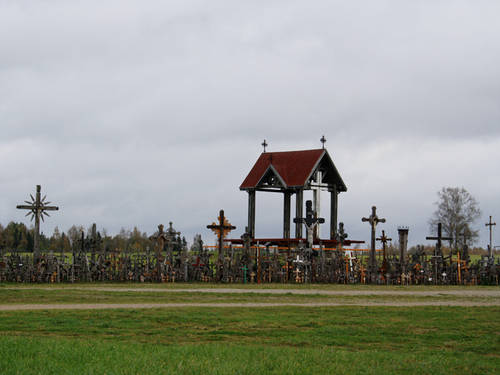 The Hill of Crosses is an artificial hill located nearby Šiauliai town in Lithuania. Its origin lays in the first half of the 19th century, in the time when first crosses in the memory of the Polish uprising of 1831. Subsequently other crosses appeared and suddenly there were hundreds of them and later even thousands. 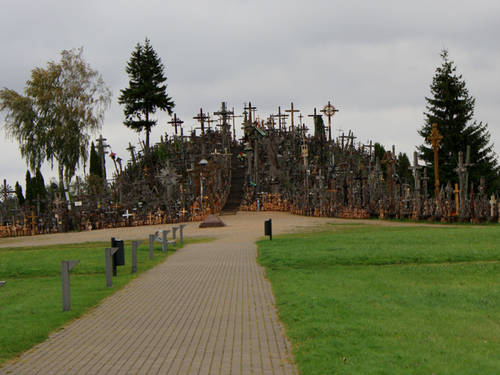 Decisions from the political sphere could result in demolition of this place and bulldozers actually damaged it. However, locals erected crosses again and so they stand there until the present and their numbers gradually rise. 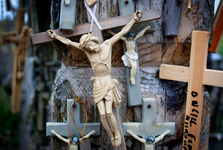 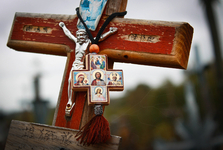 A wooden statue of Christ stands at the bottom of the hill. It was a gift of former Pope John Paul II. Most current estimation of number of the crosses on the hill is around 55 000 (without the smallest) and there appear some new every day. Made of wood, plastic, iron or stone. There are also some pieces made of amber, the symbol of Lithuania. A labyrinth of paths among crosses creates the Hill of Crosses. It is important to watch your steps carefully since you can easily over some. There are small and large and there are usually rosaries or small crosses hanging on larger ones. Some of these items are covered with requests, wishes and some even express thanks in different world languages. 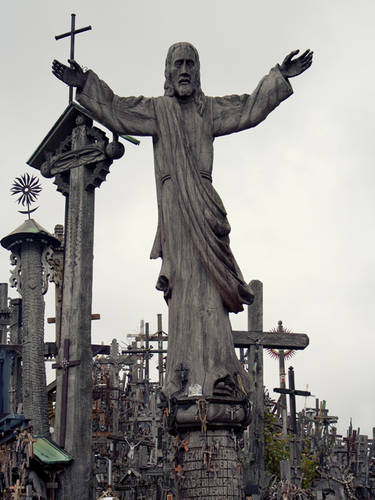 If you forgot to take your own cross, don’t panic since there are several little shops with crosses in various sizes. You can buy there also some postcards or some souvenir with motif. There is no charge for entrance and you can get on the Hill of Crosses at any hour you’d like.

Most certainly the strongest impression will give soft clinging. It is this specific sound that is closely related to this place and will get deeply you’re your memory 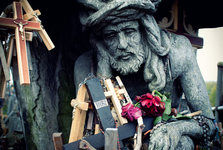 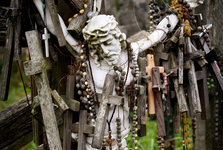