Whether you want to spend a nice weekend with your family in nature or you want to roast some sausages and bacon with your friends somewhere in the nature. Or you just like history or mountaineering. A trip to the ruins of Pajstu Castle will not disappoint you. 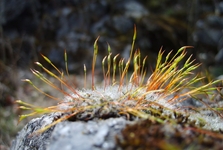 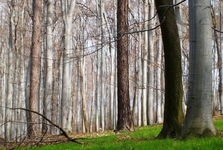 It's just up to you how long and how demanding hike you want have. The ruins of Pajstun Castle, in fact, get different access paths. The shortest marked trail leads from the village Borinka , which you can reach by car or suburban bus service. The best thing to do if you travel by car is to park it near the church, in the parking lot opposite the local pub, which for many becomes a target (for some, perhaps even starting) point of the whole trip. Right there you will find a signpost that will direct you to the trail leading directly to the castle ruins. Despite the fact that this is the shortest access route, I personally do not find it the best solution. First, you will soon waiting quite a steep walk and I do not consider a 20 minute walk to be a real hike. So this route is recommended more for those who are interested only in roasting some meat at one of the designated points, not a tourist outing. 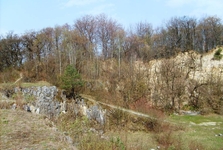 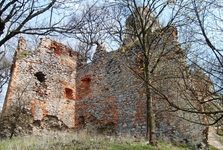 Another, much longer route goes from the last stop of municipal public bus No 37 in Zahorska Bystrica . First, you have to get on the blue tourist trail leading to Marianka. There get on the red trail that will take you across Borinka to Pajstun. This hike will take you about an hour and half. 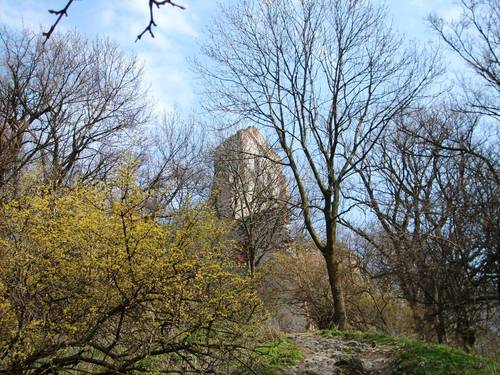 Mou srdeční záležitostí je však jednoznačně asi čtyři a půl hodinová túra z Bratislava city district of Raca, with which your children wont have any problems. My parents would take me and my sister here since our childhood and I have to say, we have the best memories on these trips. For example, the wonderful meeting with doe, dads narration on made up "forest" stories, or the various competitions in which our parents motivated us to pass the rout on our own. From the tram stop in Race you have to walk around summer swimming pool, or along the blue or green trail to Medene Hamry. From there you can continue along the yellow trail to Kozlisko (here I would recommend to go to Draci Castle , it will take you no more than 15 minutes). Then just continue along the red trail until you reach the castle. 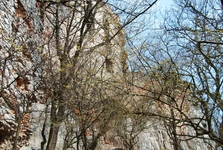 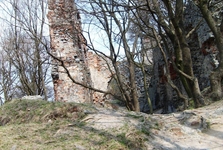 Should you want to roast something, it is better to come bit earlier for during warm spring weekends, or summer holidays, fireplaces might be already occupied. Even so you need not be in despair, surrounding the castle are many beautiful natural places where with fireplaces ready for roasting. 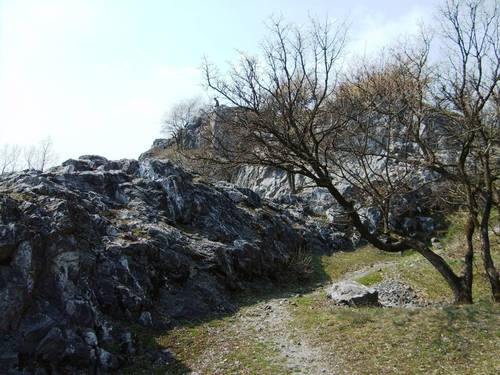 Certainly its worth saying several words on the castle the history of which dates back to the 13th century. Pajstun Castle was built on a lime rock above Borinka village. It used to be a part of border castles in the Small Carpathians , it function was to guarde. In 1810 it was destroyed by Napoleon's troops, and since then gradually was repaired. To date, however, this medieval castle, which substantially rebuilt in the Renaissance period, preserved at least some fragments of the castle buildings, a substantial portion of the peripheral walls of palaces and fortifications of the castle built in solid parallel bars. It can be seen on example of several holes, which in the past filled the windows, bay windows or entrances. From the ruins of Pajstun Castle you might have a nice view of the surroundings if weather is good. You can admire the Small Carpathians , Zahorska Lowlands and sometimes even the Alps. 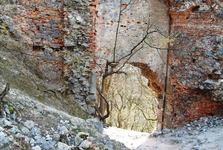 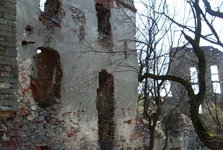 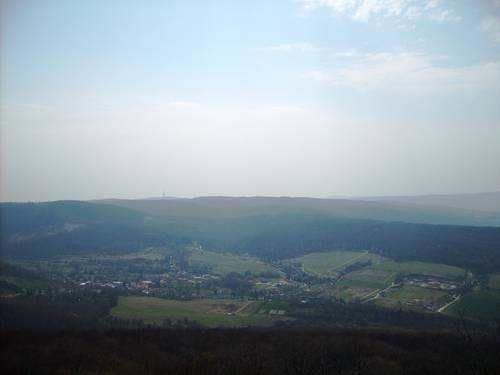 Lime rock of Pajstun Castle has a rich history of climbing. Until this days it is the most popular climbing area in western Slovakia. It is not a coincidence that this place is also called the Mecca of climbers. It was beat by such stars of climbing as Psotka, Demjan, Dieska and many others. Currently, this is the rock around 70 climbing routes with a length of 25-30 meters, which are of varying degrees of difficulty, with most of them is fairly well unlocked, so that everyone here can enjoy climbing, whether experienced climber or a novice. .