Published: 10.3.2017
The town of Lille is situated at the border with Belgium. Allegedly, it was founded in the mid-7th century as told by the legend of Lyderic and Phinaert.

In around the year 620, the Prince of Duchy of Dijon, Salvaert sets off to the lands consisting present Englad. His pregnant wife Emengaert accompanies him. While travelling across Flanders they are captured by local lord - the giant Phinaert. The giant kills the prince and his companions. His wife finds refuge at a hermit's shelter. There she gives birth to a son. Upon her death, she gives her son to the hermit who feeds it with deer milk and gave him his own name - Lyderic. When Lyderic reaches adult hood he learns of his origin and starts his search for the murderer of his parents. When he finds Phinaert he kills him and then is granted his lands. In 640, he finds the town of  Lille. 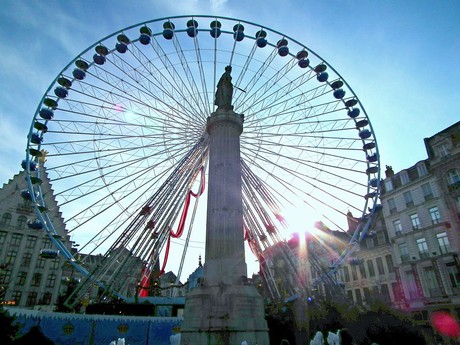 You will enjoy your walks in Lille. Flemish influence is apparent on the architecture - for instance, red and brown bricks as construction material. Many residential districts consists of low houses with a back yard - an atypical feautre in most of France.

Apart from brick houses, church towers, beers, or scallops with French fries. In Lille, there live a large student community, various cultural events take place throughout the year here. Plus, there are many great restaurants and bars. 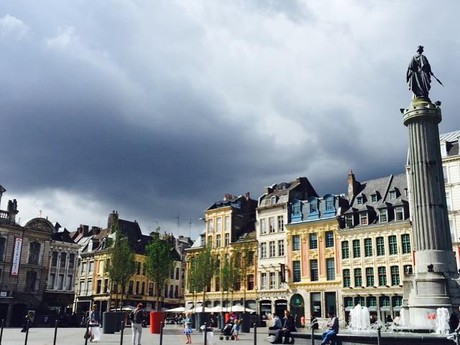 What is the best time to travel to Lille? Well, the mild oceanic climate makes summers

in Lille mild and the same applies to winters. We recommend you to buy a Lille
Métropole City Pass. You can buy it at visitors' centers for one, two, or three days. It grants you free entrance to many sights and museums. In addition, you have public transportation for free, an hour minibus tour through the city, plus various discounts. You can get to know local art scene at, for instance, Le Nouveau Siècle. Don't let yourselves be folled by the facade of the building. It looks rather like a large public parking lot. In reality, it hosues one of the most famous symphonic orchestras in France – Orchestre National de Lille.

Next we go to see the cathedral of Notre-Dame de la Treille. The construction of the cathedral was started in the mid-19th century on a place of former castle. The cathedral was finished only in the late 1990's. If you go there on sunny day, go inside. Its translucent marble facade and pink glass create beautiful orange glow. 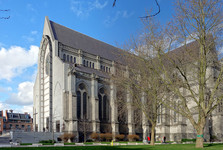 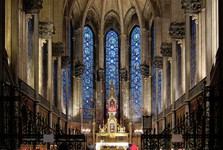 Published: 17.3.2017
Last time we ceased our tour de Lille at Notre-Dame de la Treille. Let leave it for now and go down Rue de la Monnaie lined by amazing historic houses until we reach Rue Princesse. There we turn right to Maison natale Charles de Gaulle. Those of you who speak French a bit might have an idea what this place is. It is the house of birth of one of the most famous Frenchmen of all time – Charles de Gaulle.