The city is a traditional center of trade and manufacturing. In the present, the city has been increasingly popular among tourists. There are theaters and art galleries. Also, some interesting festivals take place here such as Nottingham Goose Fair.

Old City is the heart of Nottingham, especially its Old Market Square which is the larges public space of its kind in England. You may find here a information center which is open everyday from 9.30 to 5 except Sunday. However, in July and August and before Christmas the information center is open on Sundays as well. Worth of note is local Neoclassical Council House crowned by amazing dome. 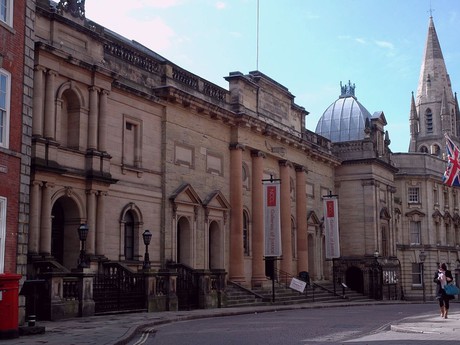 Lace Market is situated near Old Market Square. It was a district known for being the heart of Britain's lace industry. Its cobbled streets are linde by red brick former warehouses which house restaurants and stores. Main attractions in the district include the Museum of Justice also known under the name of Shire Hall, a court house and prison before. There are over 40 thousand items related to justic, law, crime and punishment in Great Britain. Some of the most interesting exhibits include Oscar Wilde's cell door, tools to force food in souffragetes or men who refused conscription service. The museum features a display on Robin Hood. You may visit Nottingham Contemporary, a modern art gallery situated close to the museum. 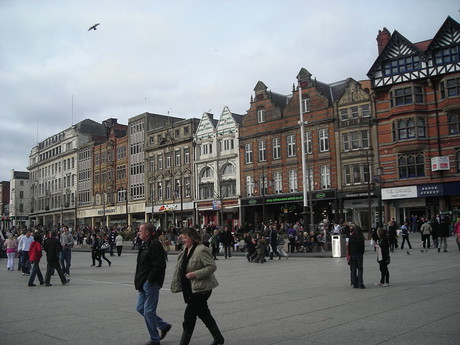 You shouldn't miss Nottingham Castle. The original castle was destroyed during civil

war in 1651. It would be replaced by the Italian-style castle. The castle features two museums and we highly recommend you to visit Nottingham Castle Museum and Art Gallery displaying historic items such as 6th century Anglo-Saxon brooches, medieval ceramics and other things related to the history of the region. There are bronze statues of Robin Hood and his Merry Men by the castle.

In case you want to follow the traces of the legendary archer tha we have a great tip for you. There is a nature trail which starts at Nottingham castle and runs to Sherwood Forest. Passing many important places related to Robin Hood, the trail is over 100 miles long. 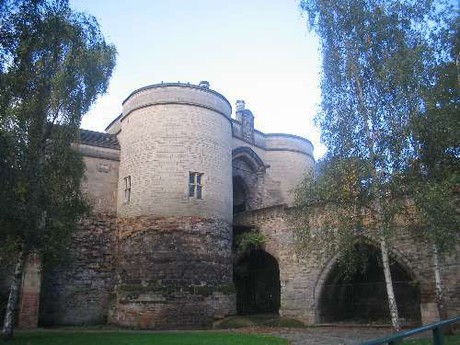