Now we go to Platt Hall, a 1760s Georgian-style structure which is nowadays part of Manchester Art Gallery. Here in this building, man, women and children clothes from 17th century till the present are on display. The collections are not vast so you can manage the entire exhibition in one or two hours. Then we recommend you to go to China Town. 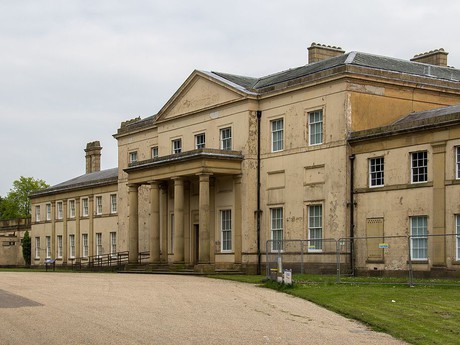 Manchester has the largest Chinese community in Great Britain. A richly decorated gate is the entrance to this quarter and it is also a gateway to completely different world. It was only in the beginning of the 20th century when Chinese came to Manchester  or England in general. In the beginning, they were mostly engaged in laundry business. Chinese community was small for a long time. In the 1950s it consisted of only about 2000 people. In the 1970s, however, Chinese saw an economic boom. The quarters saw many new restaurants, supermarkets and street stalls selling specialties of Chinese cuisine. In case the atmosphere completely absorbs you and you would desire to expand your knowledge on China, the Center for Contemporary Chinese Art is the best place to go. Moreover, it is for free. 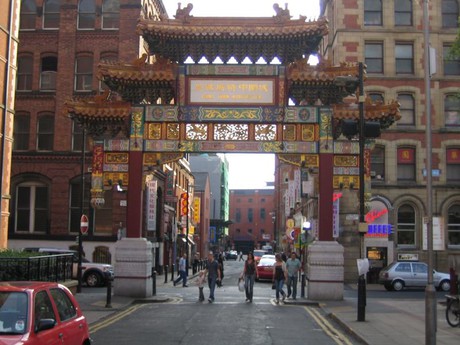 Also, we shouldn't forget about one of the most important sights in the city - the  town hall build in Gothic revival style. Built in the second half of the 19th century, the town hal is situated on Albert Square. In its time it boasted with such great and modern features as heated air. However, the real main feature of the town hall is its clock tower with 24 bells inside. Great Hour Bell, the largest of them, weights 8 tons. The best thing you can do is to climb up and enjoy the vista over Manchester. 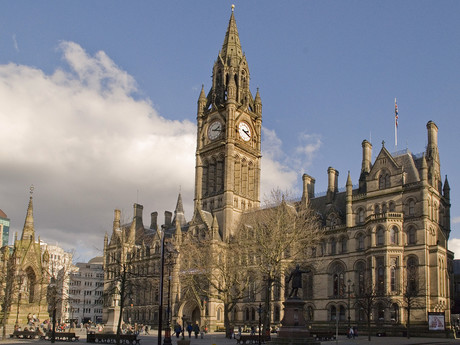 The Manchester cathedral counts as an important sacral sight. Officially its name

sounds the cathedral of St Mary, St Denis, and St George. Its construction was commenced in the beginning of the 15th century. Before it was completed, over 400 years passed. Another

important religious building is the Catholic Church of St Mary. Locals dubb it "Hidden Gem". Inside you may see many beautiful Victorain carvings. Also, take notice of the main altar made of marble and sculptures of saints.

Should you be a football fan than there is a must in the city for you. Manchester is home two two famous football clubs. You must have heard about a one at least – Manchester United. Well, there is a museum devoted to this sport - National Football Museum and it features everything related to this beloved sport. For instance, you may see the first printed rules, historical trophies, jerseys etc. It is true Mecca for anyone who likes the sport.