We are the first to visit the mighty temple and the Convent of the Virgin Mary, where the mother of Jesus Christ died and was then taken to heaven. We continue to King's David's Tomb where the Last Supper took place. The New Testament also lists other events, such as some of Jesus' revelations. The tomb of King David is located on the ground floor. 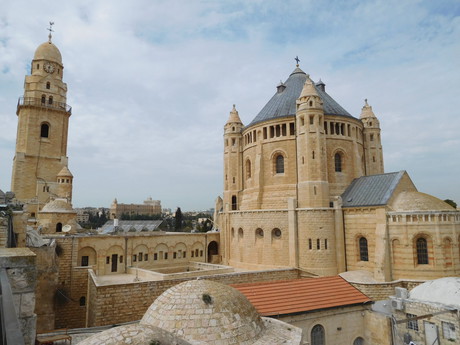 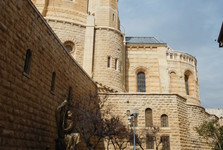 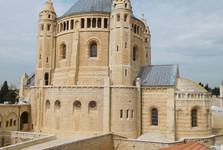 We continue to the Christian cemetery, where we are looking for a famous grave whose plate is covered by a number of stones, according to the Jewish tradition. This is the grave of Oskar Schindler - a German merchant who was born in the Czech town of Svitavy. His grave is just a short walk from the gate of Zion. Thanks to the fact that he employed Jewish workers in his Polish factory, he helped to save more than 1,000 lives. A small Holocaust Museum, which includes, among others, ash victims from 36 extermination camps. 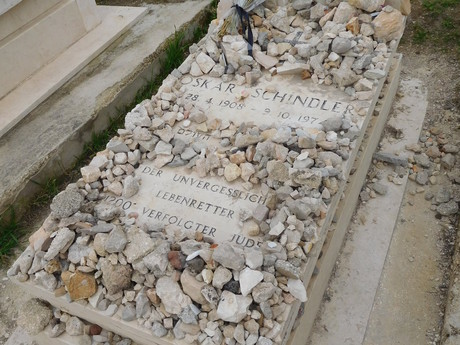 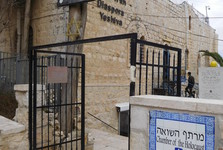 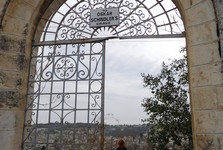 From Mount Sion there is also a great view of east Jerusalem, which inhabits the Palestinians and consider it a capital city, but the Israelis refuse this division.

We move from Mount Sion across the city of David to the Mount of Olives, which bears the name due to countless olive trees here. First we visit the tomb of the Virgin Mary, next to it is the Gethsemane cave, where Jesus and his disciples slept. We continue to Gethsemane gardens where, according to the biblical story, Jesus was arrested and crucified. Local olive groves come from the 11th century. In the gardens, we also admire the distinctive church of All Nations (also the Basilica of Suffering). The original 4th century church was destroyed several times, and its current appearance came as a result of fundraising thanks to which money was collected from all around the world to renew it. Above the Gethsemane gardens there is another less than typical building - the Orthodox Church of Mary Magdalene, built by Alexander III. to honor his mother. 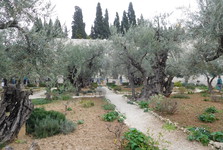 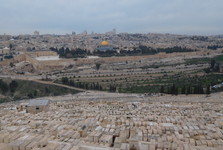 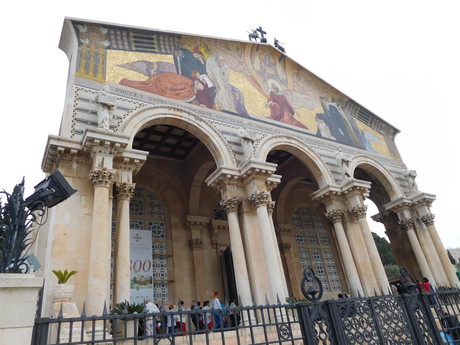 We start to climb sharply uphill, the higher we are, the more beautiful the view extends behind our backs to the Old Town. Finally, we can also admire the Rock Dome on the Temple Mount in all its beauty. With its golden dome, it dominates the whole city. One of the most beautiful views we have from Dominus Flevit church, which means "the Lord  Wept". Jesus said he was weeping over the future destruction of the Jewish city. The building also has the characteristic shape of a raindrop. On the other side of the road is Pater Noster, where Jesus should enter heaven. There is a huge Jewish cemetery a short distance away. 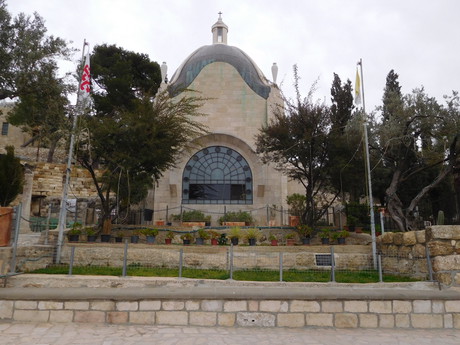 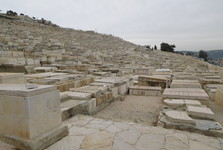 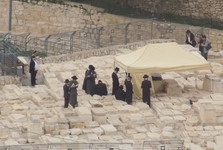 Therefore we admire the huge Russian church of the Assumption and its 64-meter tower. Its eight ton bell casted in Russia. On the church tower pilgrims may see the River Jordan.

This is how our visit ends. We should add that there are many other sights and you can spend there couple of nice days.