en.infoglobe.cz » Israel: The Western Wall – The Most Sacred Place of Jews

Perhaps each and everyone of us has heard of the Western Wall , the most important symbol of Israel. One of the most common shots of this sacred places consists of pilgrims praying and how they put their whishes on tiny bits of paper into slits in the wall, hoping one day their wishes will come true. Today, we will speak more of the history and interesting facts related to this fascinating construction. 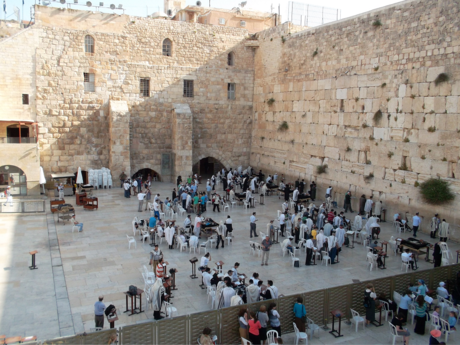 The Western Wall is what remained of the western part of fortification since the end of the second temple of Jerusalem surrounded one of the most disputed places in the world, the Temple Mount. Except of the Western Wall there are also the Dome of the Rock and Al-Aqsa Mosque . No wonder then that Judaism thinks of this “mountain” as of its most sacral place as well as Islam does. However, for the former it is the third most sacred place. For Christianity the mountain has also very high significance. This clash of religions creates a unique place which is the most sacred on the planet and also is reason for daily conflicts among believers here. Anyway, lets return to the Wall itself. The Wall once used to be a part of the temple built by Herodes Veliký. He built it already on foundations of other, older and smaller temple. Reconstruction took place in the year 20 B. C. Several decades later in 70 A.D., the Roman army destroyed the temple during the First Jewish War. The only intact part was its western wall and since then until the present Jews come here to wail for their temple. 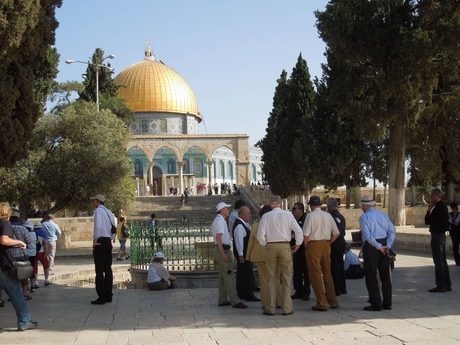 The Western Wall is 20 meters high and consists of 25 stone layers. In front of the wall there was built a stone square. It emerged during expansion of earlier square and also on the district of Mugraba destroyed in the war in 1967. The square functions as a sacred place (“synagogue”), therefore, it is separated to several parts. Different sections of the Wall are reserved for men and for women for Judaism forbid women and men to pray together. As for men they have to cover their head and as for women they have to cover their whole bodies. Maybe you ask a question why Jews don’t want to rebuild their temple. 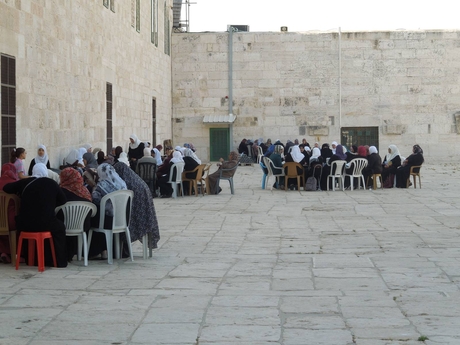 Reasons for this are two. First, after the temple was demolished the presence of God (so-called Shekhinah) remained there at the place of the Western Wall. His presence is not related to existence of the temple. Second reason, today there are Muslim mosques on the place of the former temple. The aforementioned clash of religions makes this place a hot spot since the time immemorial. Originally Jewish Temple Mount was conquered by Muslim in 638. The most well-known historical period, however, followed after the Six-Day War when the Western Wall once again became part of Israel. This followed after two decades of Jordan rule. Then Jews were forbid to get to the Wall. 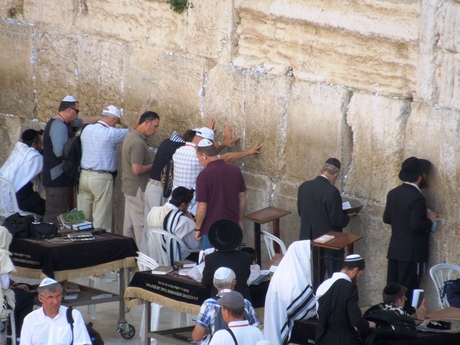 In our conclusion we will tell you two interesting facts. Did you know that thanks to advancements in technology the 2000 year old Wall has been virtualized? It is possible to put wishes into the wall on distance. In the past, it was possible to use special fax number of the Israeli Mail. Later, the number was replace with the e-mail address . Thus, it is possible to send your prayer via e-mail in the present. Then your wish will be printed and religious school students will put it into the Wall. 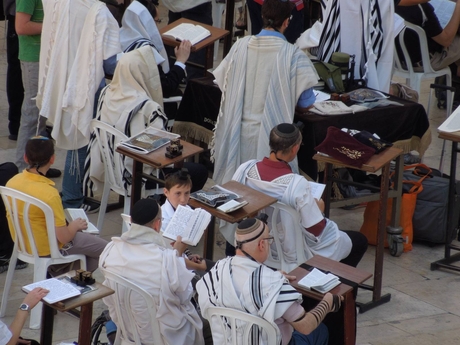 The second interesting fact is the name of the Wall. It is known as the Wailing Wall in Center Europe, however, Jews call it the Western Wall. The Wailing Wail comes from Arabic and it spread out to the West. On the other hand, Jews see it as symbol of their modern state and hope , thus, the first name they consider unfortunate. In any case, the Wall is a popular tourist spot no matter if there are believers or not.