Before we tell you more on these precious manuscripts, lets take a look on history of this place. The whole area of Qumran is an arid plain with many caves and ancient ruins of the Essenes. If you don’t know who Essenes were note that it was a Jewish religious community. It was established in the 2nd century BC and its founder was an unknown monk who stood against the then religious authorities and created a community which wrote one of the first evidence of forming religion ever. However, the area of Qumran was settled long before them for the very first settlements can be traced as far as to the 4th millennium BC. On the other hand, the Essenes settlement was perhaps the most distinct of all. For thy built cannals for rain water, built a new fort on foundations of the old one, and also they built houses. After the area was hit with an intense earthquake, Essenes were forced to leave. Later, Romans inhabited the area for a while, but soon it remained uninhabited. 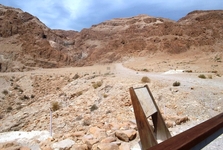 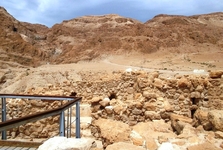 In 1946, in Qumran caves, the scrolls were discovered or rather the Dead Sea manuscripts. After they were academicaly proofed there was a vast research during which many archeological excavations were made. Soon more than 250 caves were explored and 40 findings were made. Mostly, it was ceramics and other small items, however, the most precious finding was hidden in eleven caves. These caves were partly work of nature and partly human made. These scrolls contained Biblical and other religious texts. Circumstances related to the findings are until today very unclear, however, their main contribution was in its revelation of contemporary language, phrases or further explanation of some Biblical passages. These texts were written in the age when Christianity formed thus they are very interesting and it is also interesting to compare them with present research. 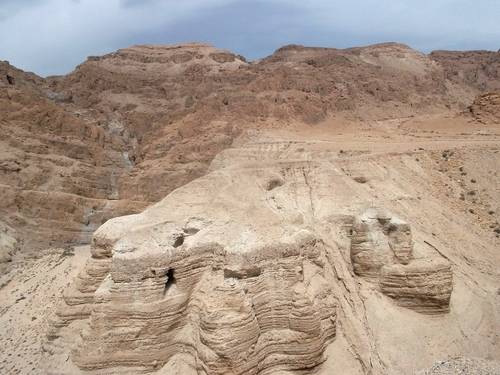 Another interesting fact is that the literature presented clues about the place where scrolls were found and it was long before they were found. Indications of the place of their origin are dated to the years 185, 253 as well as to the 8th century AD. The scrolls were found by three Bedouines who sold them with large profit. In 1948, part of the scrolls was made public and a year later the manuscripts were smuggled to the US and they returned back to Israel back in 1954. Today, the scrolls are located in the Shrine of the Book Museum in Jerusalem. The second part of the scrolls in the Rockefeller’s Museum in Jerusalem. 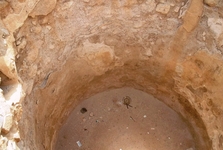 Qumran is very popular place for pilgrims but it is interesting also for people who love archeology and history. Thus you should miss this unusual place!