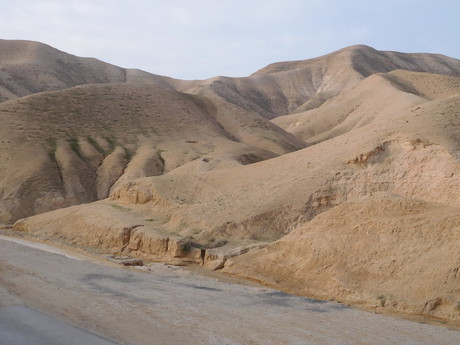 First of all we stop at a place at 0 meters above the sea level. The area is by the way called Sea Level. This place is situated in the Judaean desert. Even though it is not for giving it long sights, we recommend you to spend there couple of minutes. First we meet there a Palestinian owner of a beatiful camel. He has to stand by busy road whole day to give a ride to several tourists. Similar sight is present at every gas station. Unfortunately. With every other step taken we go more and more below the sea level. 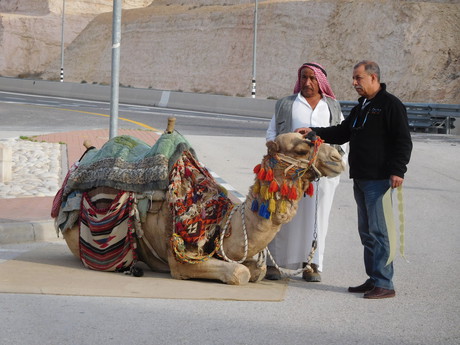 Soon we reach our first point of interest – Quasr al-Yahud. This is the place where, allegedly, Jesus Christ was baptised in the River Jordan by John the Baptist. This holy place of pilgrimage is protected by the UNESCO. The borderline between Israel and Jordan runs across the River Jordan. Close from here, Jordan enters the Dead Sea. this place is important for Christians as well as for Jews. After their 40 year roaming in the desert, the so called children of Israel crossed here the Jordan River and entered the Holy Land. Elias allegedly ascented to heavens. 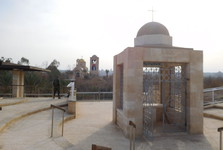 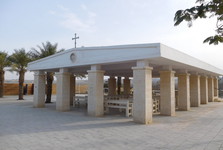 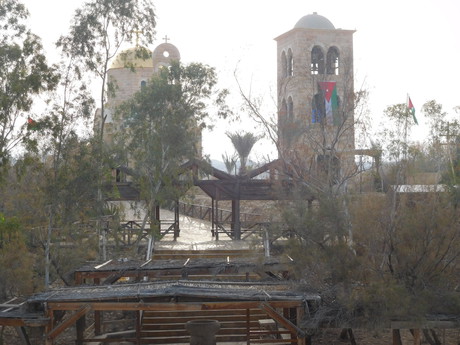 Yet were are about to start our afternoon trip. Even in a land such dried by the sun as this one you may find a green oasis. In our case Ein Gedi (Kid's spring). The oasis stretches from the Dead Sea shore to rocky mountains in close vicinity. The place is popular among tourists and is well known from the Bible. King David took shelter there to hide from King Saul. 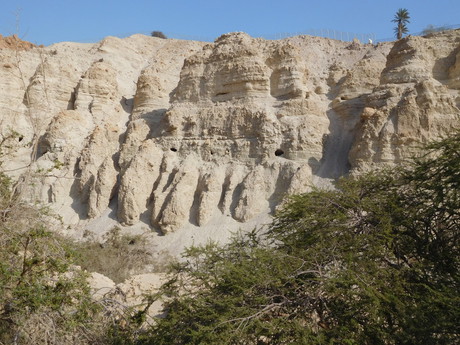 We set out to Ein Gedi nature reserve situated in the eastern corner of the Judaean desert. From here you may enjoy magnificent vista over the dead sea. Elevation of such hike is from - 423 m to 200 m. There are many easy as well as difficult trails in the reserve. Our book guide claims that it would take 4 hours if we wanted to see all the important thigns around here. Two valleys are situated in the reserve – Wadi David in the north and Wadi Arugot in the south. Four fresh water rivers run there - the spring of David, Arugot, Shulamit, and Ein Gedi spring. Altogether these springs give around 3 million cubic meters of fresh water each year thanks to percipitations in the Judaean mountains. Water is collected in Ein Gedi kibuc and then, for instance, used to produced Ein Gedi mineral water (En Gedi). 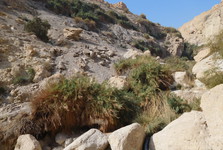 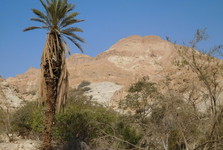 As Ein Gedi has rich water deposits, you may see here many species of plants and animals. Two species acacia tree grow there as well as reed, paliurus, desert date palm, or Cordia sinensis. Fauna here mostly consists of wolves, hyenas, leopards, snakes, or lizards. Insects are also present and the same goes for river crabs. However, don't expect to see these animals with naked eye. Rock Hyax is, however, an animal you will likely see as a group of them live close by the road. Their keep their distance and then don't let themselves to be pet. Still, you can take plenty beautiful pictures from there. 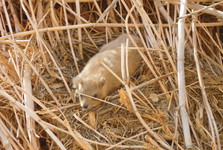 We recommend you to have good booths for Ein Gedi. The terrain there mostly consists of sand, dust and stone. Even less experienced and fit tourists can get easily to the waterfalls as they are located close from the main entrance. Climbing up the cliffs is more difficult yet the vista around local landscape is amazing.