en.infoglobe.cz » Jordan, Amman – The City of Seven Hills I

Jordan is a small kingdom in the Middle East. Its name comes from the river Jordan. Allegedly, there is the tomb of Moses. Also, there you can find one of the new seven wonders of the world – Petra, a town carved into the rock. You can also take a swim in the Dead Sea. John the Baptist baptised Jesus Christ in the waters of the Jordan river. 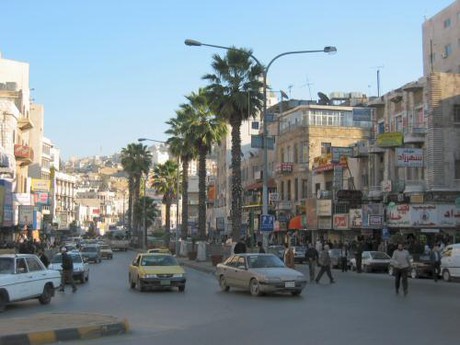 King Abdallah II is the current ruler of Jordan. Everybody likes him and you can see him everywhere – smilling at you from posters or billboards, or you can see his statues. He is simply everywhere. And the same goes for the olive tree. It bears amazing olives tasting like nowhere else in the world. Pope John Paul II even planted an olive tree during his visit in Jordan. 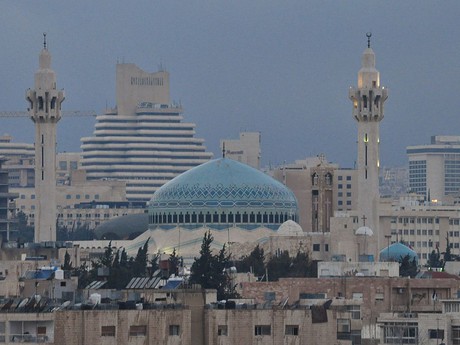 Similar to the status of the olive tree as a national tree black iris (Iris chrysographes) is the national flower. Being quite rare, iris is all around as olive tree. However, you will see iris in the names of many hotels, travel agencies, blogs, or social events.

Amman, teh capital of Jordan, is quite young Middle-Eastern city. There is not much to ancient history here. Yet don't make it a ground to skip this city. There are some historical landmarks anyway. 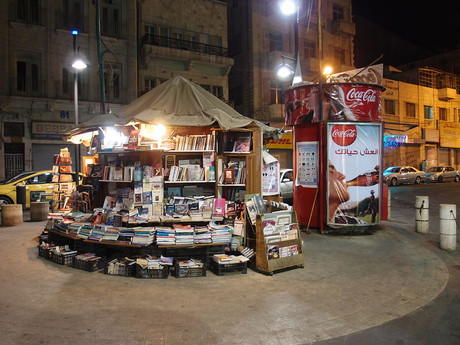 One of the main landmarks is the Citadel. It is situated on Amman's highest hill. This historical locality is home to several buidlings or remains of buildings. Concretely, there is Umayyad palace, Umayyad water cistern, a Byzantine era church, and Ayyubid watch tower. Two columns at the Citadel are its characteristic feature. These columns were part of destroyed Temple of Hercules. 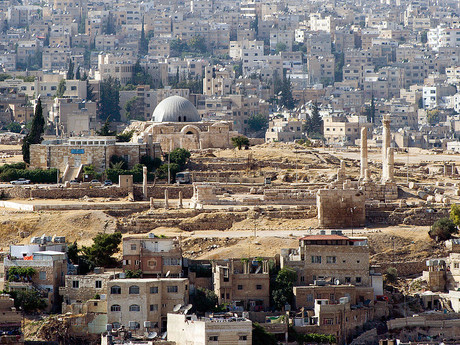 When you travel to Jordan you should know some etiquette. You should eat your food only with the right hand. Were you invited to somebody's house and food is served don't be surprised to see women serving to food yet they wouldn't take part at dinner. Women and children eat what is left once men finish.

When you start to feel full stop eating. There are two reasons for this – at the moment you stop eating another food will be brought (you won't die of hunger). And the second – once a guest stops eating everybody else stops as well. Therefore, you shouldn't finish your plate entirele. You would be considered greedy and your host could be offended for his duty is to make sure your plate is always full.