Published: 27.9.2022
Discover ancient sites, extraordinary finds and mystical rock formations shrouded in mystery in the midst of nature, or go in search of the meaning of life or inner peace on one of the Lower Austrian pilgrimage routes. Recharge your batteries in the most beautiful places in Lower Austria, where inspiring natural scenery, cultural diversity and warm-hearted encounters await you.

In the Weinviertel region, east of Eggenburg, is the Fehhaube-Kogelsteine Nature Reserve with a special grouping of massive granite blocks dating back 550 million years. Prehistoric finds show that people have been observing the stars from this site since the Bronze Age. Probably the oldest observatory in Europe, it is located in a unique habitat of dry grassland where rare plants flourish. 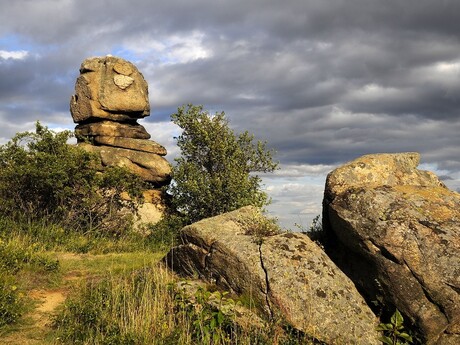 Visitors to the Groß Gerungs strength arena can feel the mystique of the Waldviertel region. Up to five special force points can put tourists in an energetically uplifted mood: the 500-tonne globe is said to rid you of electromagnetic stress and the Klauskapelle chapel grants wishes. The cavity of the monumental Kierlingsstein stone is filled with healing water that supposedly never runs dry. The granite surface of the sacrificial stone has deformed into a bizarre shape over millions of years. And the circular steps of the nearly seven-metre-high stone pyramid at Ober Neustifte are still a mystery to scientists today. 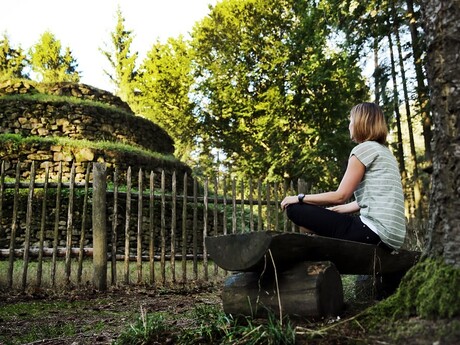 Follow in the footsteps of the Celts along the Druid Trail in the southern part of the Waldviertel region. The approximately 9-kilometre route is marked with the Celtic rune "Mannaz", which means "man" or "man". In the middle of the forest, visitors will come across the so-called outer stone circle and the inner stone circle, large granite blocks where Celtic priestly meetings were probably once held. One of the most interesting places on this Druid Trail is the Ysperklamm Gorge, where wood, granite and water combine to create a roaring natural spectacle. 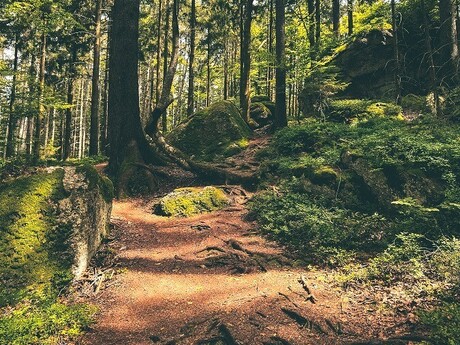 Visitors to Retzbach in the Weinviertel region can admire the so-called holy stone from the elliptical footbridge. The sacrificial stone is approximately 50,000 years old and served as a place of worship for death cults and fertility rituals. The entire area is said to be crisscrossed with so-called geomantic lines, strong energy currents and vibrations that are popular especially for dowsers. In the neighbouring wine bar Zum Heiligen Stein, more earthy pleasures await you: during autumn weekends, you can enjoy fine wines directly from the winemaker and delicious homemade pastries. 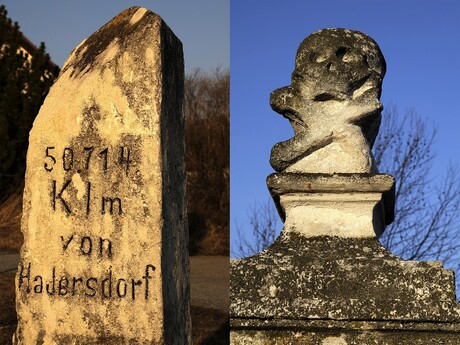 In 2002, 12 apple trees and 12 pear trees were planted alternately in a circle 80 metres in diameter in Steinakirchen. This number is meant to symbolise the 24 hours of the day. Fast-growing tree varieties such as plums and persimmons were planted between the pears and apple trees. The circle of trees is surrounded by a circle of shrubs with a diameter of 100 metres. In the centre of the circle, a 6.5 metre high granite obelisk with a sundial rises towards the Mostviertel sky. Important points in the annual cycle, such as the winter or summer solstice, are depicted in an unusual way. These points are marked by the rails of the former narrow-gauge railway running through the Kleines Erlauftal valley and the cannonballs from the cannon factory in Gußwerk. 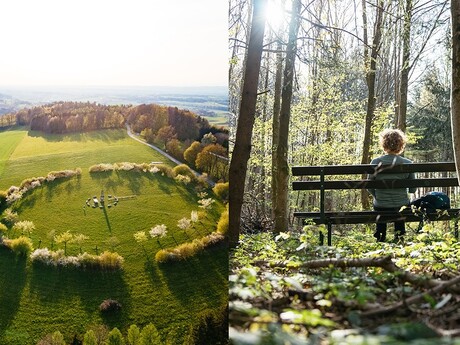 Published: 29.7.2020
Lower Austria offers a number of excursion places that will ensure well-being, fun and refreshment for every member of the family - children and adults. In addition, practical accessibility will simplify your travel, so today we will complete the inspiration for short summer trips.

Published: 29.9.2019
There are never enough holiday tips, so we bring you inspiration for places that are worth seeing during the autumn, and are also suitable for families with children. In Lower Austria almost everyone find what they like. Don't you believe?

Published: 10.10.2021
Lower Austria is popular for its wine culture, which dates back to 2,000 years and the power of viticulture continues to this day. Visit traditional vintages, festivals, thousands of wine streets or go hiking in the floodplain forests or discover the historic railway. We have selected for you 6 one-day tips for attractive autumn experiences in a magical Lower Austrian region.

Published: 23.9.2018
Autumn is traditionally associated with delicious wine and tasty food. Lower Austria celebrates this autumn wine season and opens its doors to visitors from around the world. If you have a taste for a wine trip, we recommend reading the following lines.

The connection between the Austrian Marchegg and the village of Vysoká pri Morave has been restor...