Maybe you wonder why the islands bear the name of the Biblical King Solomon. The reason is really simple. Álvaro de Mendaña (16th century Spanish navigator) discovered a large peiace of land in the year 1568. He landed there with his ships and immediately met local inhabitants. At first their relationship was really friendly. 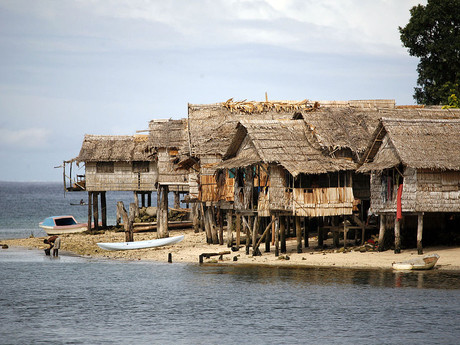 De Mendaña named the land Solomon Islands because he came to believe there are huge gold deposits. As the conquerors/explorers later discovered – gold was rather a precious metal here. And there we not even other things that might be useful for trade – like spices, for instance. 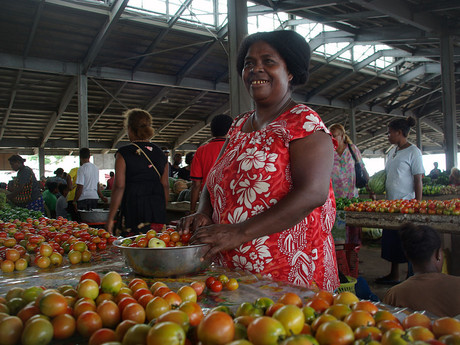 In case you want to visit the Solomon Islands than you should note that it would be not a good idea to travel here between December-March, the season of rains and hurricanes (even though they usually don’t do any great harm). The best time to see the island is between July and September. The rains are not that often and humidity levels are also much lower.

The islands are enchanting. The coastline is lined with coconut palm trees. And there is no better feeling that calmly sitting on the beach watching the turquoise waters of the Pacific. More than 200 Orchids and other tropical flowers grow on the islands. 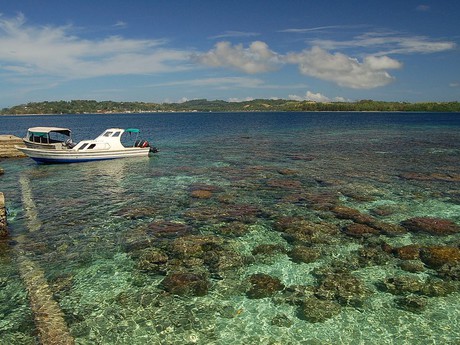 As for fauna, animals typical for the Solomon Islands are mostly nightly creatures such as mice, rats, or grey cuscus. The latter is the only marsupial hat lives on the islands. Birds are more diverse and more stronger in numbers. Around 223 birds species live there. And there are about 70 reptile species such as crocodiles, lizards, snakes etc. 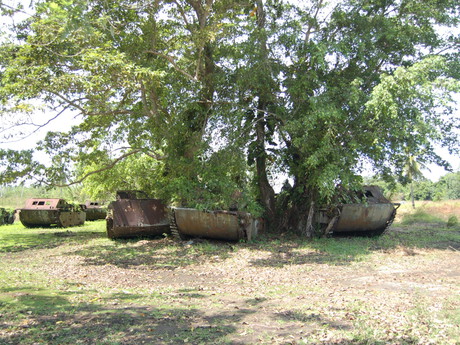 Perhap the most famous island of the Solomon Islands is Guadalcanal. Its southern part is lined with a mountain range as tall as 2500 meters above sea level. Apart from the famous WWII battle where Japanese and American troops fought each other, the island is known for its great diving spots. Well, there is hardly anything to wonder about that as one can dive deep to the ocean to see shipwrecks from the WWII. And on the land you can spot rusty WWII American transporters, for instance.