en.infoglobe.cz » Australia Tasmania - On the Other Side of the Planet III

Last time we wandered into Hobart’s most amazing neighborhood – Battery Point. The name 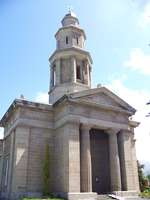 was inspired by the fact that canons were installed there as part of town’s fortification in 1818. Today, however, none are left. There are many historical houses to be seen in the present. They have been renovated and there are labels at many telling in short about their history. Municipal administration’s building are scattered around the neighborhood which is also the financial center of the city.

Battery Point is the neighborhood of cozy cafes and restaurants hiden on narrow streets. You will travel back in time to the early era of Australia’s colonization. Also, you may well stumble upon the Sculpture Trail, a route that takes you to nine sculptures. Each of them represents a number symbolizing an important date in the city’s history. The label at each sculpture will explain you the significance of the date. By the way, getting at the Derwent’s bank in the morning will allow you to observe beautiful dawn over Hobart. 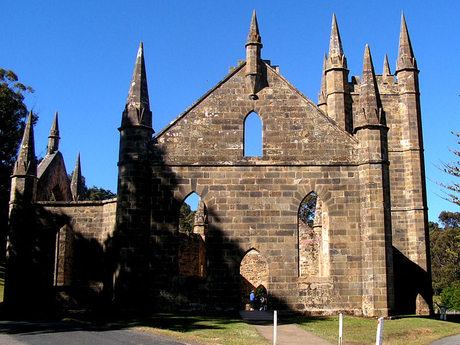 Located in the south of Tasmania Hobart is near to another interesting areas. For instance, Port Arthur. it is about 90 kilometers from Hobart. Port Arthur is today a picturesque village. There, you can explore perfectly preserved former convict colony. Founded in 1830, the village was initially a timber station. Soon the worst convicts from Australia were transported there. At the coal mines historical site you can learn more on the history of coal mining and the life of the miners. 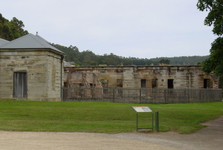 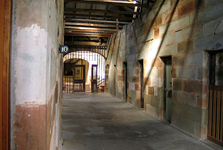 However, even this dark period of Port Arthur’s history doesn’t make it less popular among tourists. There are beautiful rocks and sand dunes around the village.

There is another interesting village on the Huonville called Huonville (less than 2000 people live there). It is surrounded with orchards, farms and Tasmanian nature. These make it great spot to start your exploration of the Tasmanian south. For example, you can see the Huon Valley. Through the valley goes also the Huon Trail which takes you to very interesting places one of them being D'Entrecasteaux Channel separating the southeast shore and Bruny Island. The latter is another place the trail takes you to.

Next time we visit the island.