As for taking care of tourist industry, they really take good care of it here. Steady rise of the number of visitors is good proof of how good they are at it. There are many events taking place, interesting museums, cozy hotels and hostels, perfectly organized tours to the surrounding. MONA Museum of Old and New Art is amazing icing on a cake. But we will get to that. 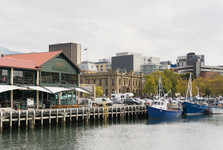 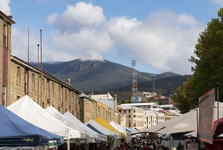 Hobart is Tasmania's largest city. It is used as a base for trips which could take you across entire island. Flights from Melbourne and Sydney land at local airport all the time. However, Hobart should not be perceived solely as a base for tourists to begin a trip on Tasmania. People travel from here to Antarctica – not solely Australians but French as well have there their own Arctic research facility.

Typical British colonnial architecture is what you can see in city center where now tsand modern buildings. The further you get the more feeling that you are somewhere on the countryside kicks in. Small, cozy houses, well-maintained yards, quiet streets, and smiling people. Mt Wellington (1200 m) situated couple of kilometers behind the city guards the easy-going atmosphere. This mountain is one of the reasons why this originally British settlement was founded here. There is a river flowing down from the mountain. It supplies the area with drinkable water which is very precious around here. 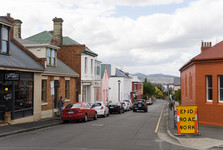 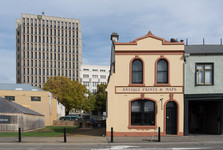 Almost every intersting place in the city is situated around the harbor. The harbor is itself a remarkable place. Therea re docked several colorful fishermen boats, small yachts, ocassionally an Artctic expedition boat, and two amazing sailboats. You can even take a cruise on one of them on weekends. Make a coffee break, or wine break, or eat some of amazing fresh oysters at some of cozy local restaurants. Nowhere else would you get better view over what is happening in the city. 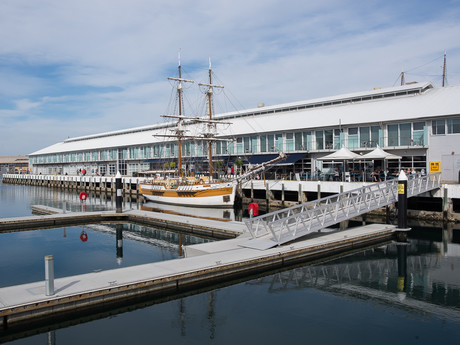 Next to the harbor, you will walk through  Salamanka – a place of local Saturday markets. On same days you can get there everything starting with hand-knitted sweaters made from local wool, carved bowls, home-made honey, peanut butter, or German bratwursts. A square of the same name is adjacent to Salamanka. There you can sit at several of local restaurants or cafe bars ro visit little stores worthy exploring.

Battery Point is on a hill above Salamanka. This is one of the oldest districts in Hobart and it seems like the time has stopped there two hundred years. Moreover, you can make a stop to visit Narryna Heritage Museum and then return to downtown through Saint Davids Park. Also, you can visit the Tasmania Military Museum and Gallery. Alternatively, you can climb Mt Wellington. 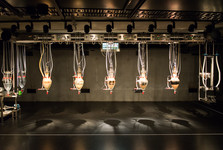 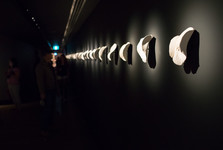 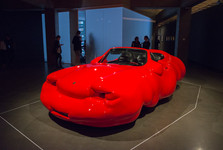 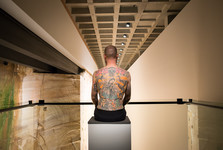 The most interesting thing here? MONA gallery, that's for sure. It is situated about 12 kilometers from city center. Local billionaire who gained his wealth by gambling built a unique building (partially cut into the rock) to display his private art collection. Thank's to this, Hobart hold the second largest private collection in the world. Some items have their origin in the middle ages. Most of them, however, are works of 20th and 21th century art. The more bizzare the better. There are dozens female genitals hanging on the wall, thick red Ferrari, a machine changing food into fecies, and many other strange things. Don't expect something of extraordinary aesthetic quality but rather art which makes you think. The restaurant with a view over the bay or tasting of wine from local vineyards can mark an end to your visit there. 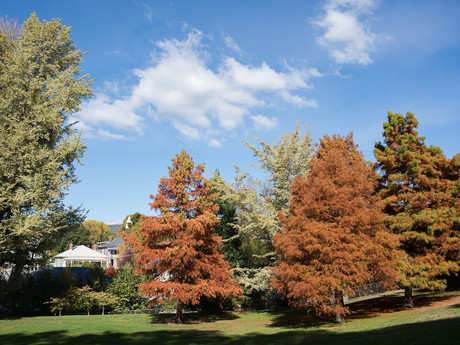 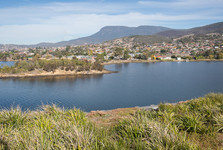 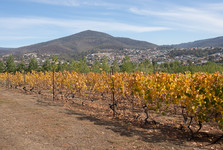