en.infoglobe.cz » Australia, Uluru – On the Top for the Last Time

Sunrise and sunset are definitely the most popular time of day in Uluru. The changing intensity and impact of the sun's rays color this majestic monolith into various shades of dark red through orange to yellow. The observation point for the sunset is separated for buses and cars. Nevertheless, I recommend that you go well in advance to find a suitable place. In summer you will be happy to find a parking space. 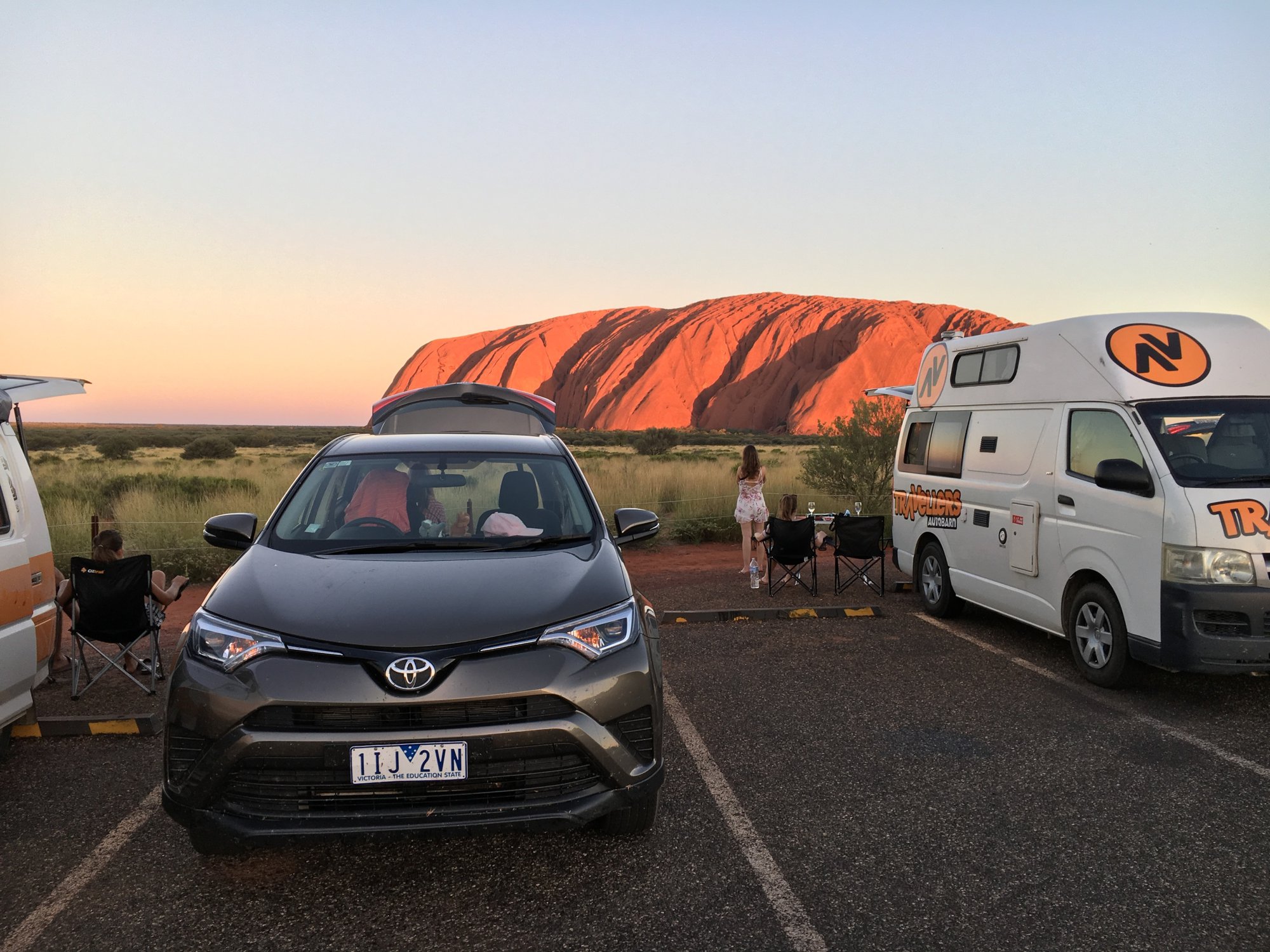 The sunrise is seen from a common stand for cars and buses, so you need to arrive really soon, preferably after opening the entrance gate to the park. Still, be prepared for large crowds. However, it is definitely worth the wonderful spectacle. 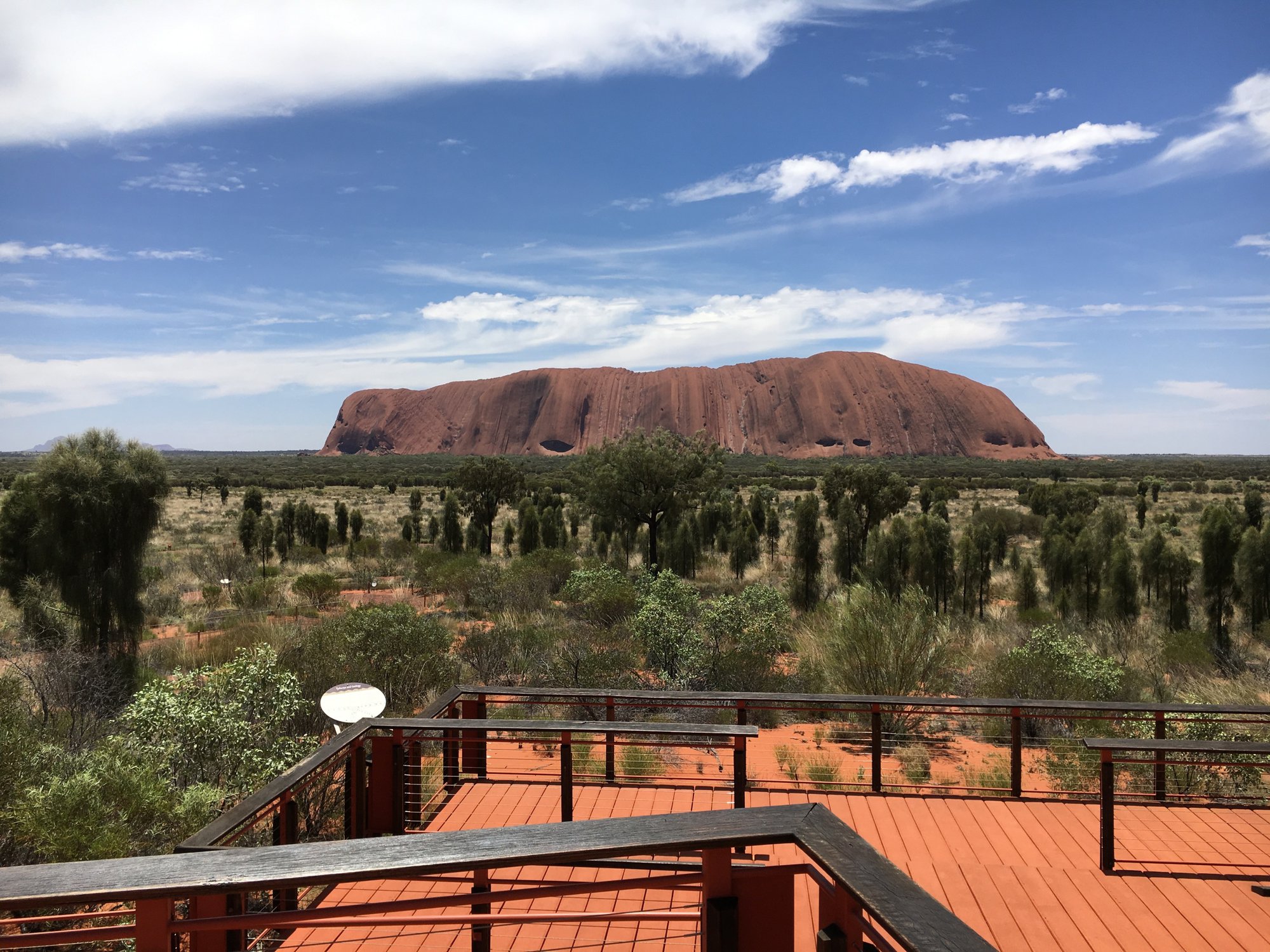 Uluru Mountain itself is sacred to the indigenous peoples, but it was allowed to climb until 26 October 2019. But the Australians are trying to undo the injustices they committed when they colonized the country on the Aborigines, so they heard their wishes and the ascent was forbidden. This will end the debate on the controversial topic of whether or not to ascend to Uluru.
During our three-day stay, the ascent to Uluru opened only one day, at half past seven to eight in the morning. It was then closed due to high temperatures. In addition to high temperatures, another strong reason for closing the outlet was strong winds. 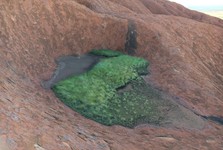 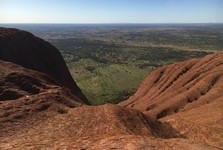 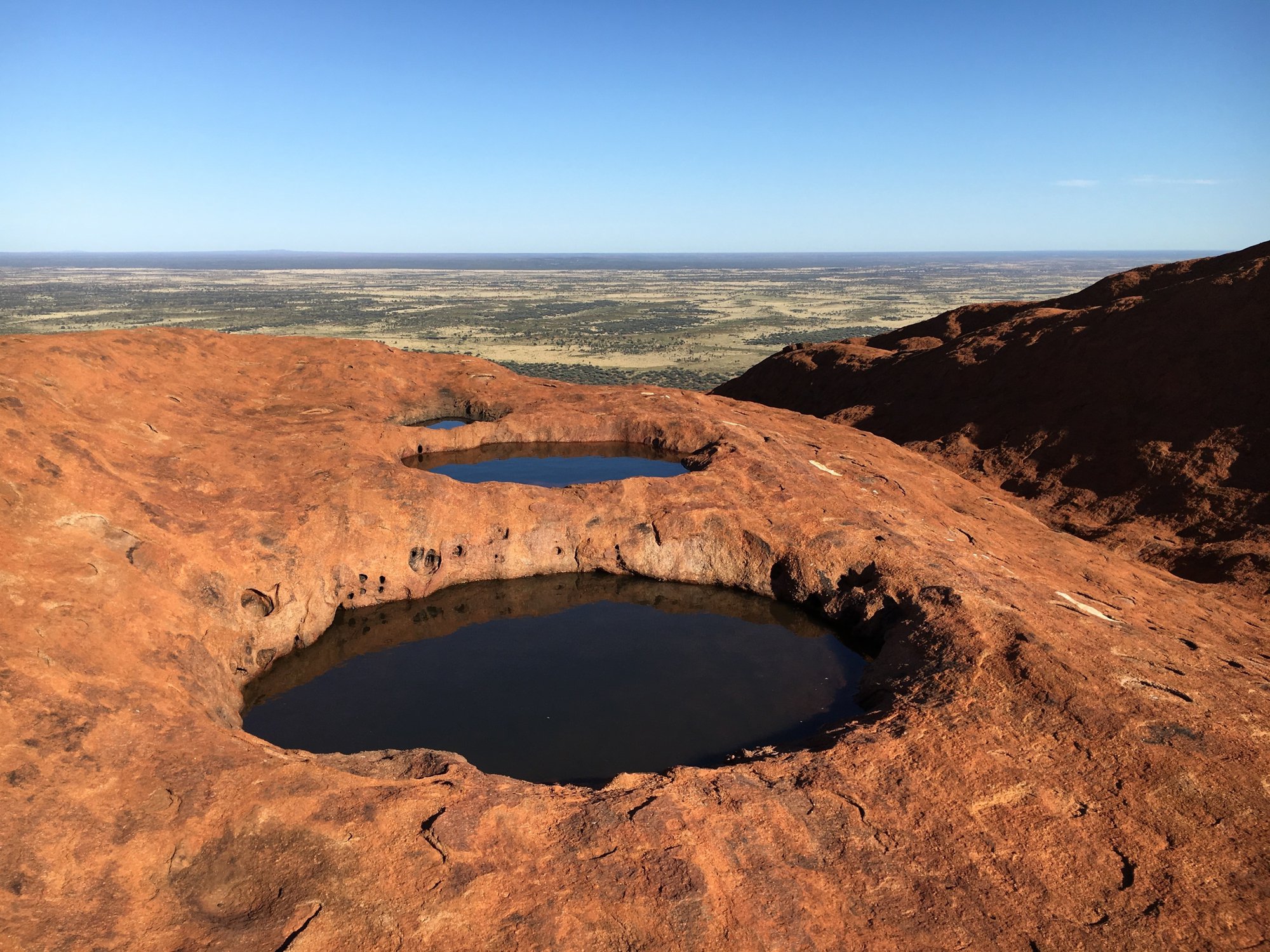 Doing Uluru is more challenging than it seems from below. More than 35 victims Uluru is responsible for (this is really hot and people are getting heart attacks). Therefore, most of the route is lined with a chain, without it you would not be able to cope steeply. But if you overcome this strenuous stretch, you will have an unmistakable view of the surrounding countryside. Nearby are the rounded peaks of Kata Tjuta. The top of Uluru is also very rugged and here you have to be careful not to run your foot. Some places are really narrow and you have steep cliffs on both sides. In the cracks, which are quite plentiful, there is settled water from heavy rains, which sometimes catch up in the summer. But now you can see this view only in the photos. 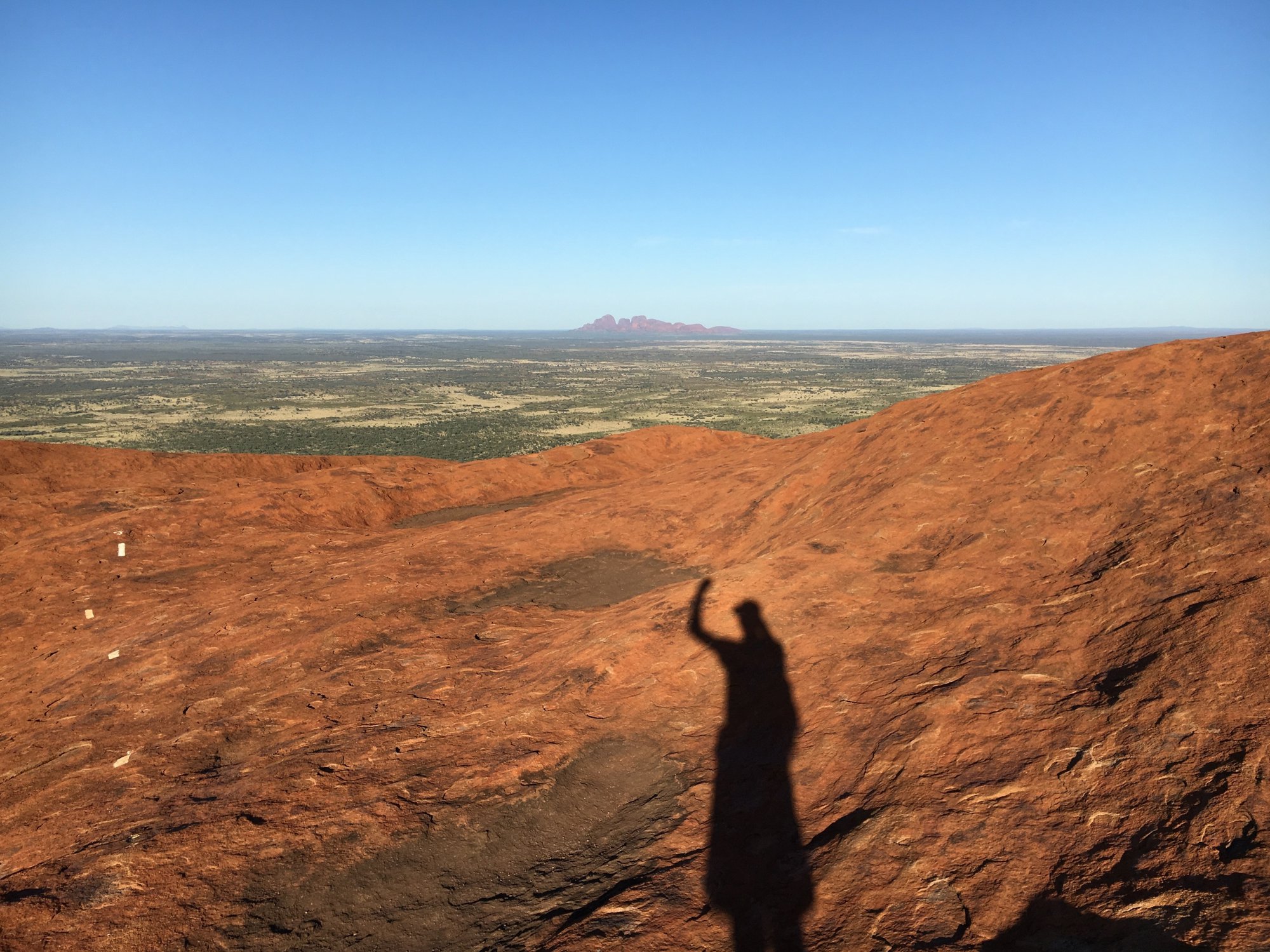 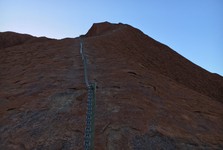 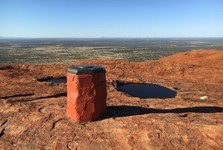 When we choose the best place in the parking lot to watch the sunset, Uluru is already our old friend. The icon of Australia, which we have gone through from all sides, and which after this knowledge fascinates us even more than before. We believe that his magical attraction will sometimes attract us to the red center of Australia. Maybe we'll meet there.