Along the way we pass several salt lakes, which are quite a lot in this area. They are rather salt plains, because there is little rainfall and these lakes are only exceptionally flooded with water. 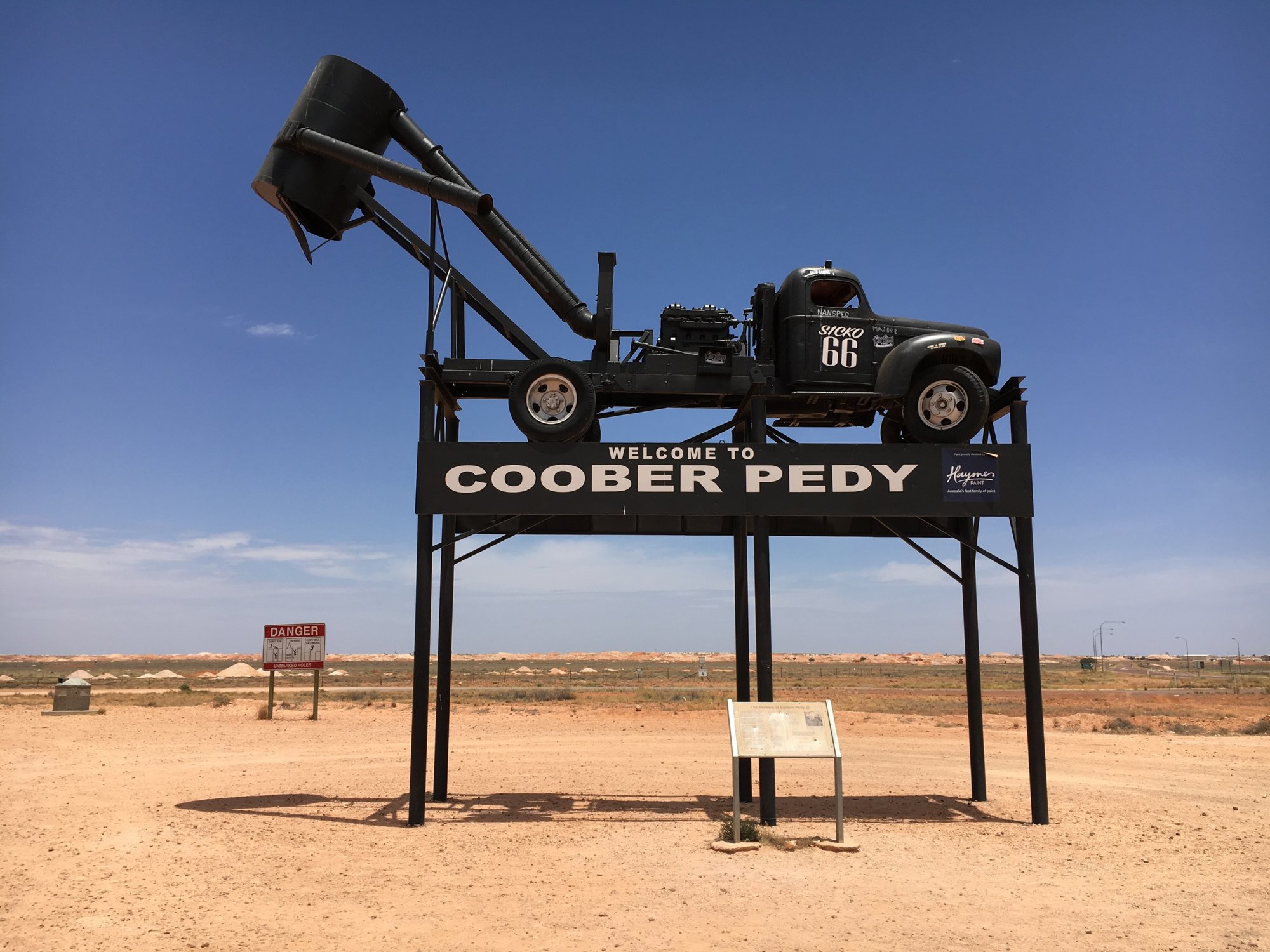 As we approach Coober Pedy, the thermometer in the car shows 39 degrees. However, as this area is one of the hottest places in Australia, the temperature soon rises to 45 degrees. Indigenous people are accustomed to these temperatures, but white people do not, and so in Coober Pedy built an underground city. You can visit underground churches, museums, cafés and stay in underground hotels. To our great surprise, in the catacomb church of the Anglican Church we find a Czech-written brochure “Who am I” published by the Czech Bible Society. 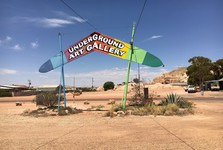 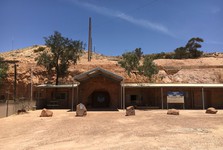 Coober Pedy has a special atmosphere. It seems as if time has stopped here and its best years have been long over. Perhaps the rusty mining machines, which are exposed to several, contribute to this impression. Opal mining, however, is still underway, which is easy to identify. The city is lined around a hill of excavated soil, which resembles mole. 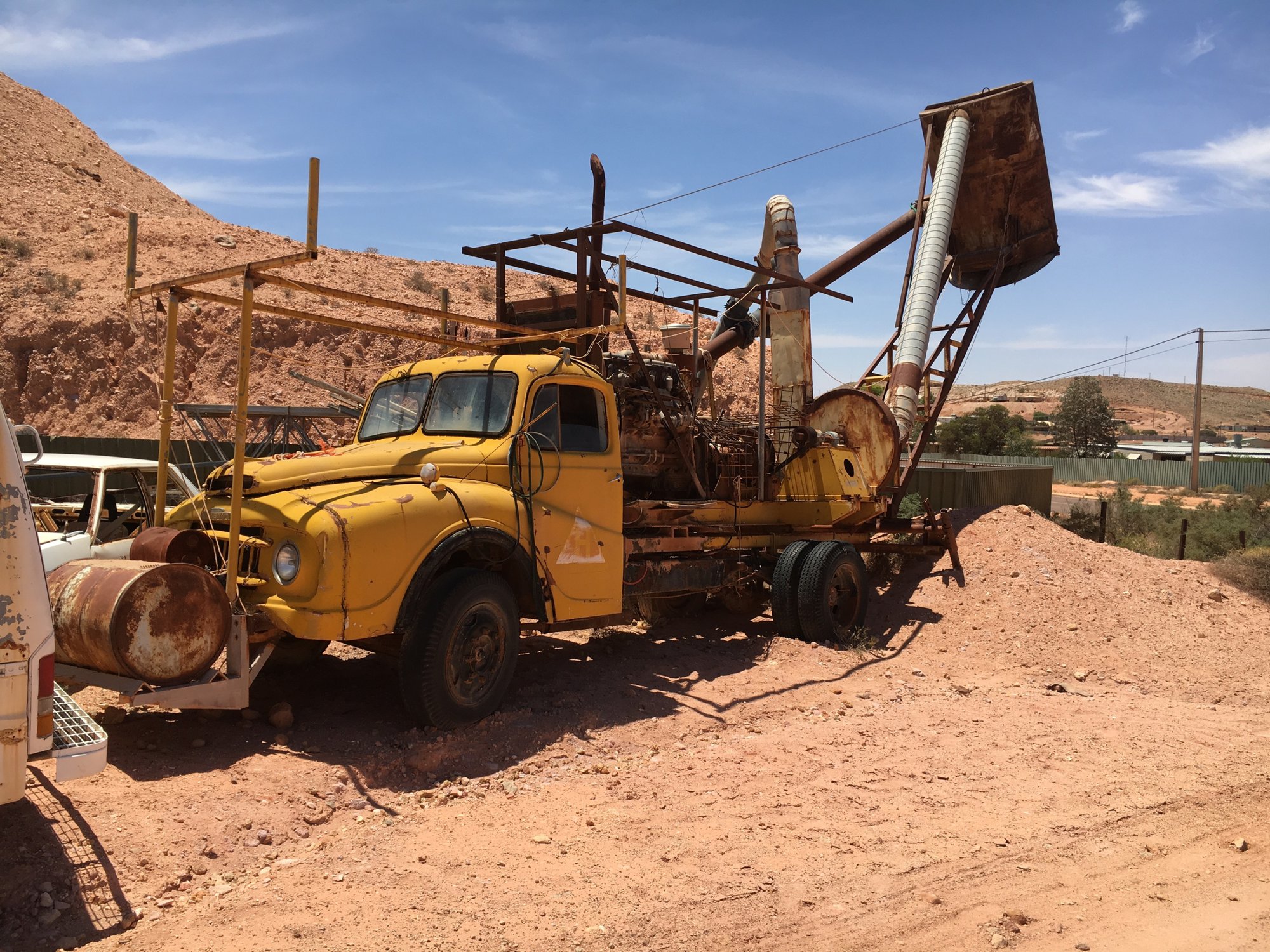 At the Information Center, we buy a $ 10 permit to enter Breakaways NP. Its territory belongs to the Aborigines. We drive on an unpaved dirt road, the maximum speed often reaches only 20 km / h. Dog Fence winds around the road. The fence, which is an incredible length of 5600 km and which is to separate wild dingo dogs living in the north from the flocks of sheep in the south.

From here you can continue along the famous Oodnadatta Track. Be prepared, however, that the road is unpaved and very wavy. It is also worth noting that you are not allowed to drive on unpaved roads with a car that is rented from a car rental company. 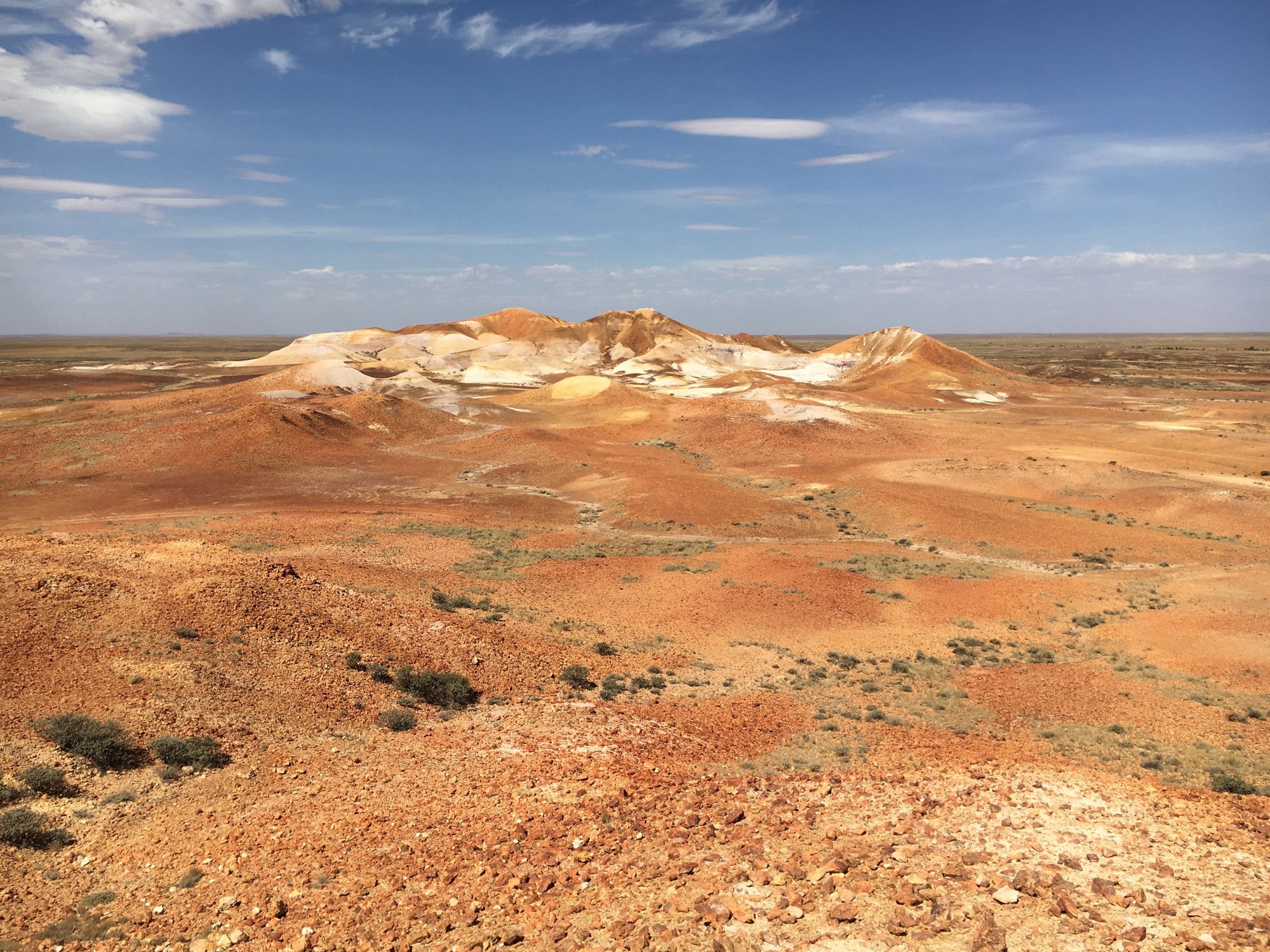 The landscape in Breakaways is beautiful. There are several scenic points from where you can see far and wide. The land is barren, red, brown and yellow, sometimes hilly. In the summer there is not even a foot and we are so enjoyed solitude in the wilderness.

Coober Pedy and Breakaways are definitely worth a visit. If you are also interested in opal mining, you can stay in the city, for two days you will definitely find the fun. Do not forget to plan your next route and stops here. After a few kilometers behind Coober Pedy to the north, the mobile signal is disappearing again and the adventure begins.