The indigenous name of this park, Watarrka, is not as famous as its English version - Kings Canyon. Which is interesting because, for example, Uluru is the other way around. Few people call it Ayers Rock. Kings Canyon is a majestic canyon that has been shaped by nature for millions of years. In this park you will find several walking trails, but the most popular is the main one, which runs around the whole canyon and we will go on. It is called Rim Walk and is 6 kilometers long. 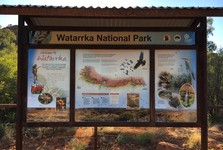 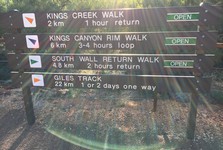 We leave the car in the parking lot, where we arrived early in the morning. In summer Rim Walk closes due to high temperatures already at nine o'clock, so it is necessary to go in time. There are fountains in the parking lot, where you can refill the water before climbing. At the beginning it is really challenging, lots of stairs and 100 meters elevation. Each step changes the impact of the sun's rays, which color the surrounding rocks to a yellow-orange color. The road is well marked, the car park below is moving away and we are approaching the end of the initial difficult climb. Then the path leads along the edge of the canyon. 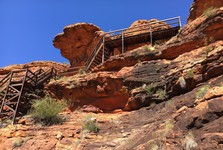 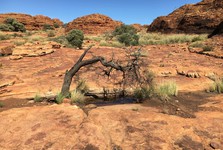 On the cliff above the canyon, we can also look down on the rocks on the opposite side. We run between cracks in the ground, which are several tens of meters deep, and we are fascinated looking at the cut edge of the wall that suddenly appeared beneath us. It is so massive that our breath is hidden. We collect courage and lean over it, although for safety reasons it is recommended to stay two meters from the edge. The straight piece of rock beneath us looks like it was cut off with a sword. Suddenly we understand why the Canyon of the Kings is called. 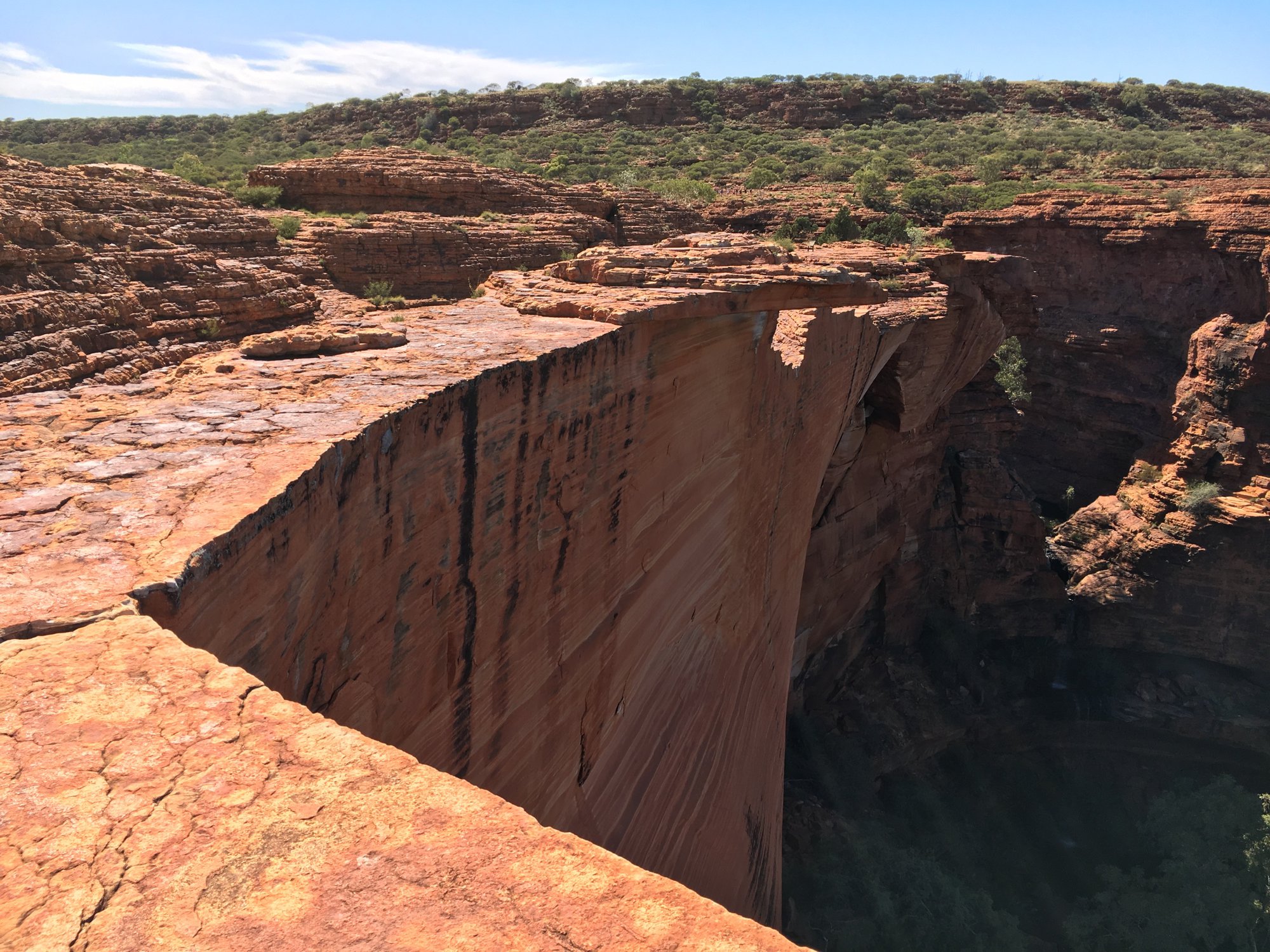 On the way to the other side of the canyon we must descend down to the river, where you can continue to Eden Garden. It is an oasis of peace, greenery and moisture. There are several places in Red Australia where a seemingly dry area will find a place full of water and life. 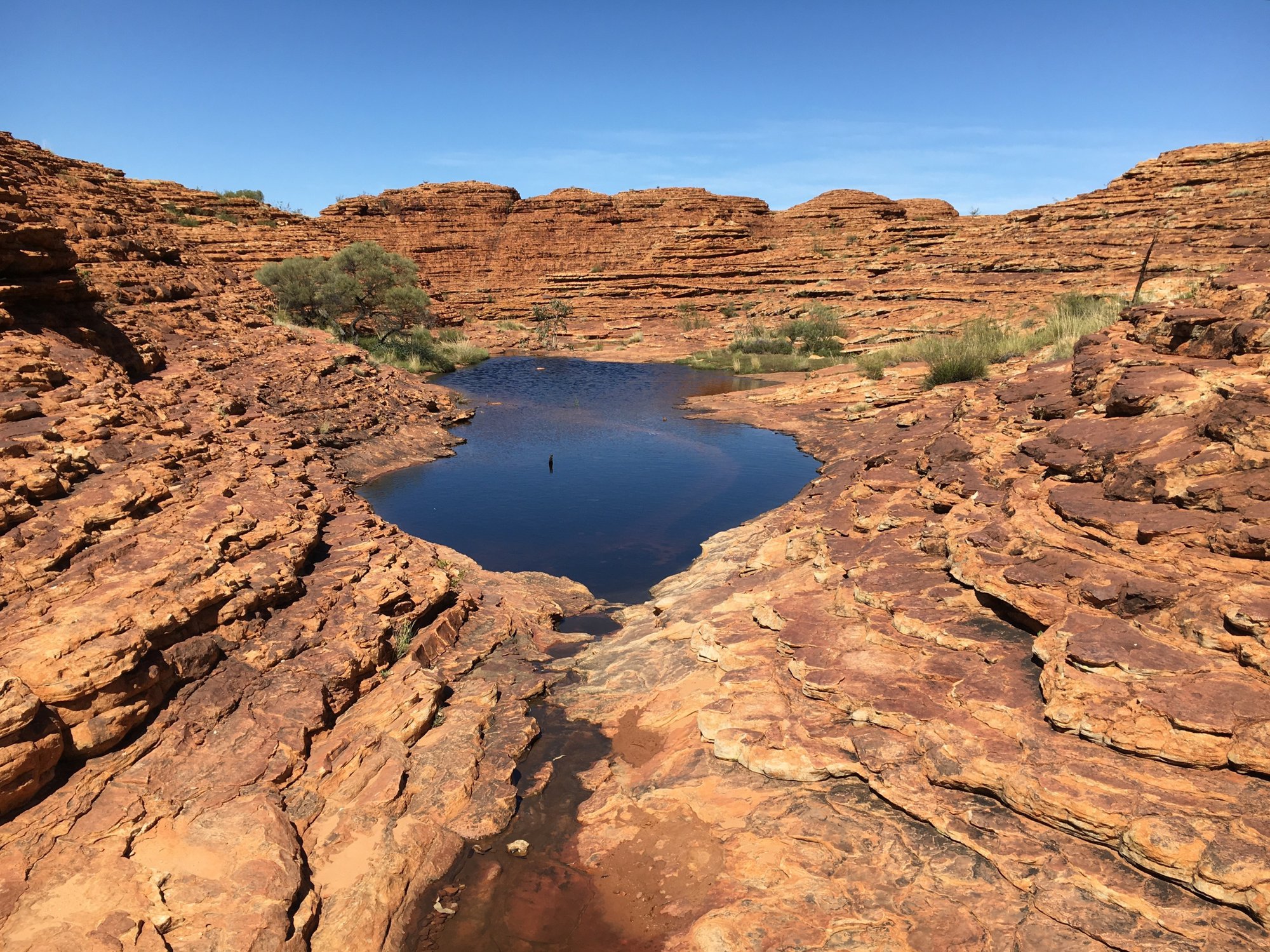 There are more tourists on the other side of the canyon, because the tours that come here choose a less demanding route that starts at the point where we will end, so it is only one way. Tourists reach the canyon, view it only from one side and return. It is a great pity, because we think the other side is far better. 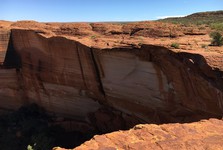 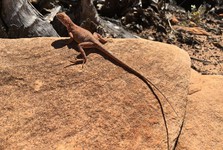 At the end of the hike we have to walk through the stream, so we take off our shoes and refresh our legs tired after a busy journey. The parking lot makes an ideal base camp for visitors, so you can have a snack, drink water and prepare for your next trip. And where will it be this time? Well, to the famous Uluru.