The night before we set out for Alice Springs, we spent the rest of the road close to the settlement of Marla. There was nothing - a water tank, toilets, people, or a mobile signal. True wasteland. The temperature at night was still around 40 degrees, which is a great if you sleep in a car. 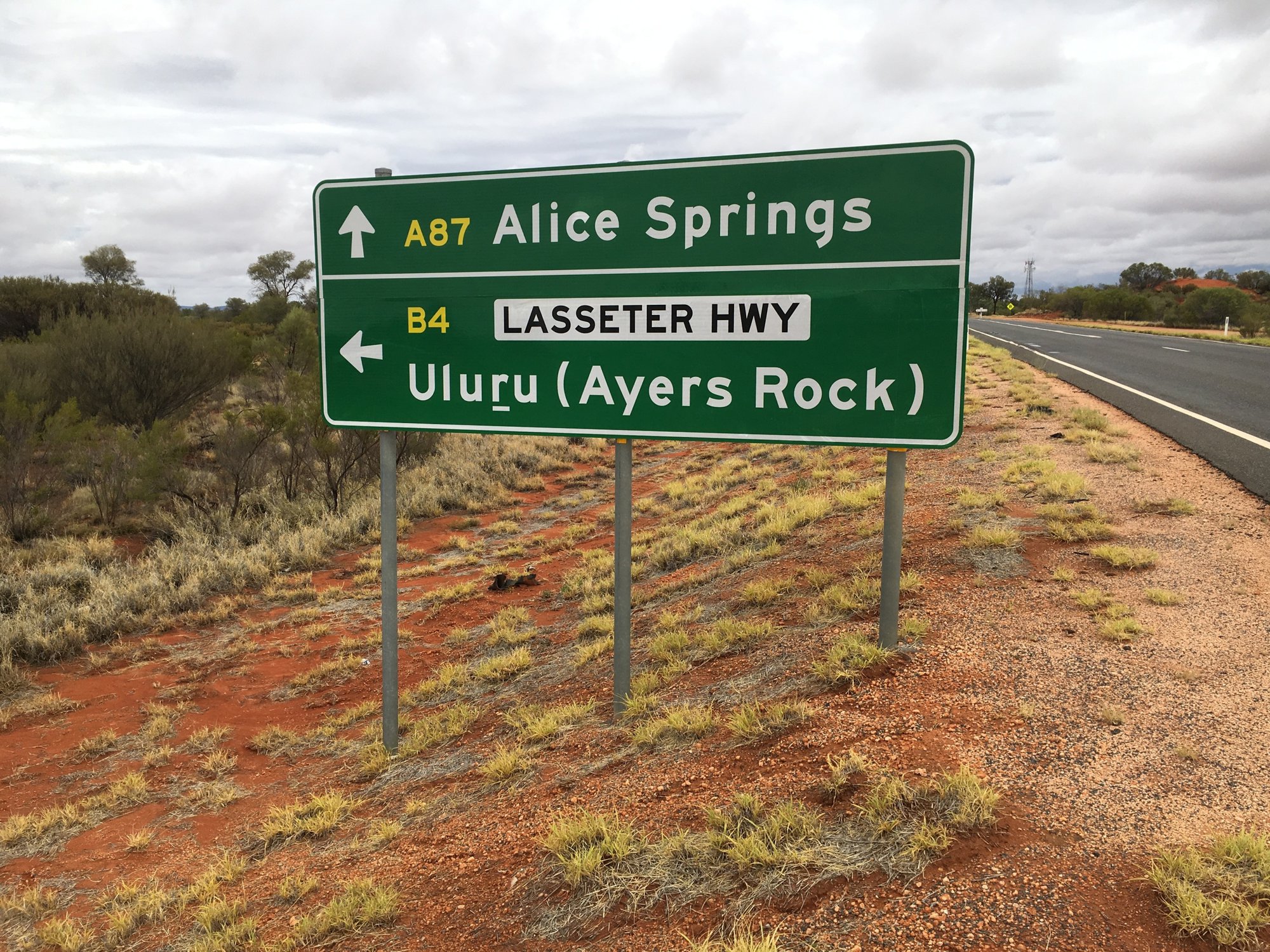 On the roads we meet around two cars in a hundred kilometers. During the day due to high temperatures, we meet animals only minimally, which we regret, because we imagined this area full of kangaroos. But when we see a lot of cows and kangaroos clumped around the road, we appreciate that they don't jump across the road as we expected. Kangaroos are mainly attracted by car light at night. Wondering what it is, they jump right under the wheels. Therefore, they will warn you about night crossings in every car rental company.

The first major stop in the Northern Territory is the settlement of Erldunda, where you turn west if you go to Uluru. Because of this important junction, there are quite a lot of buses and people. They also have a small emu zoo in Erldunda. 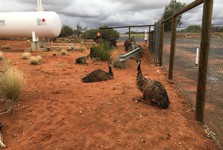 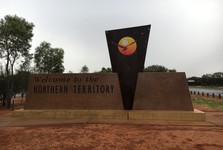 The city of Alice Springs is located in the MacDonnell Mountains, so it is surrounded rather by a hilly terrain. If you (like us) imagined the red center of Australia as a straight flat, you might be surprised at how vast this mountain range is. The city gained popularity thanks to gold. The gold rush has brought many people here. Today, there are a large number of indigenous people in Australia, but with which the city has great problems. The body of the Aborigines is not able to break down alcohol like a white human organism, and alcohol is very popular among Aborigines, perhaps because of all the injustices committed by the colonists. The crime rate in the city is considerably high. 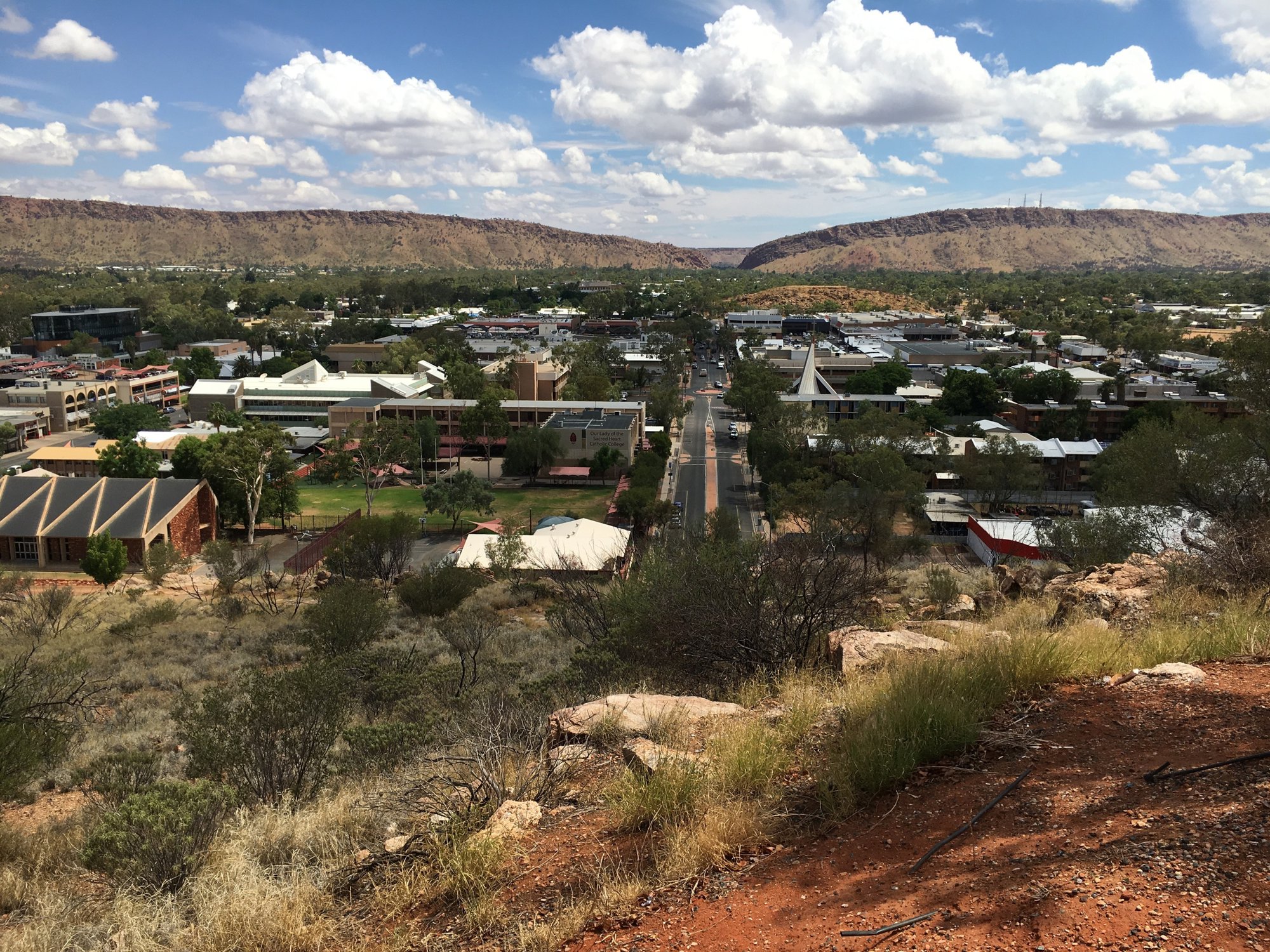 Weather is also extreme in the city. In summer, there are high temperatures around 40 degrees, in winter the temperature drops to zero. The rivers are therefore often dried up and floods occur when the rain comes. Especially in summer it is therefore good to keep an eye on the Internet to see if the roads you are heading are clear. 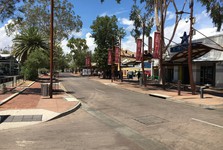 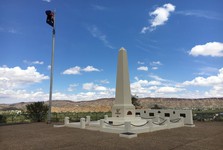 In Alice Springs you will find the perfect facilities - shops, restaurants, accommodation and gas stations where you can also pour tap water into your bottle. To the west and east of the city is the MacDonnell Mountain, which is known for its beautiful hikes. We will also look into it. At first, however, we will continue further north, to the Karlu-Karlu National Park.