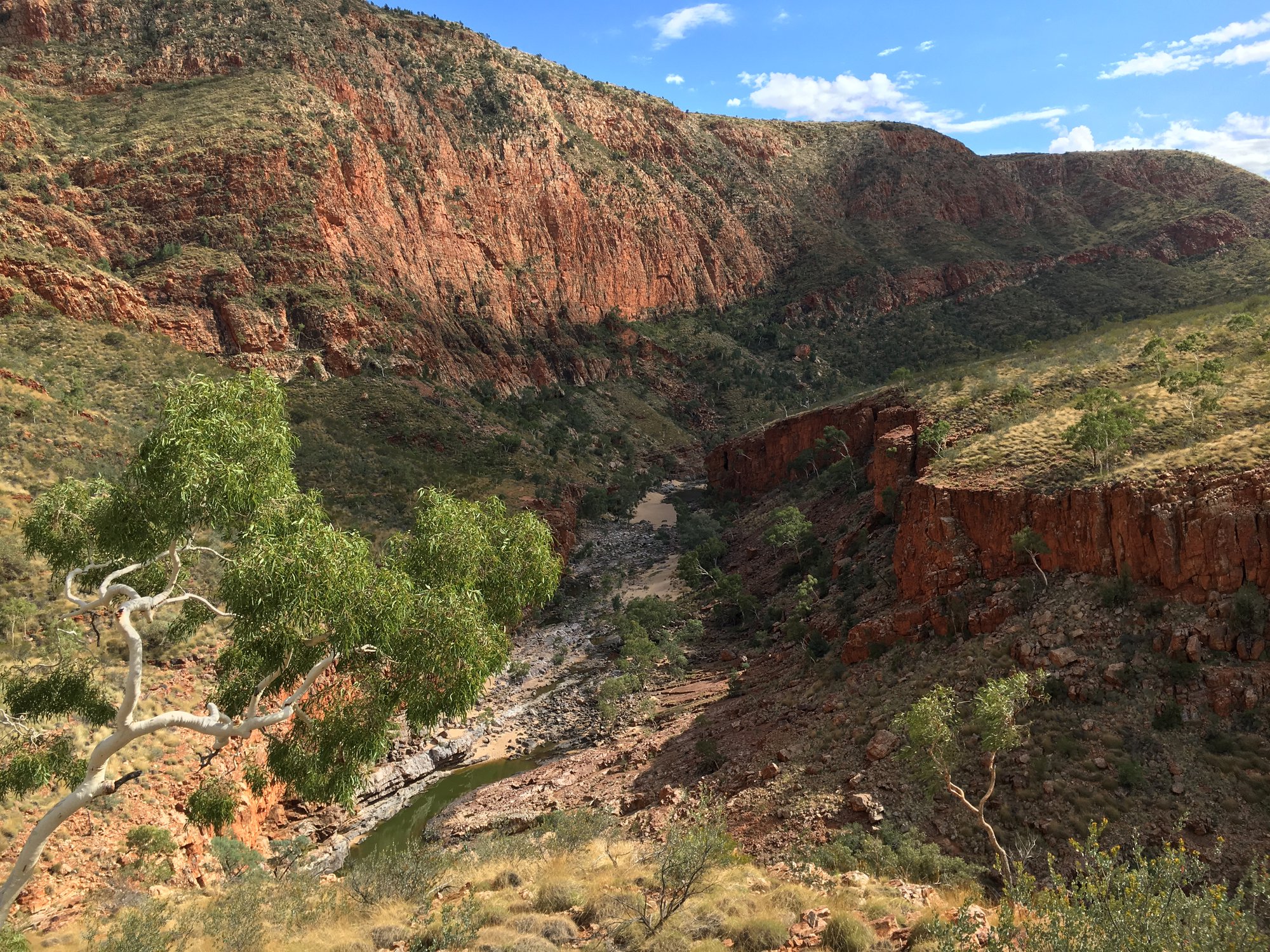 We sleep at Ellery Creek for $ 5 per person, paying in the box. It is about 2 kilometers from the main road and there is total peace. Morning silence in the wilderness is interrupted only by birds singing. We wonder if we can get used to sleeping in deserted places without unpleasant feelings of fear. But in the summer it is just that. Besides us, there are only flies, birds and other small animals. In the lake, which is the main attraction at this stop, according to the pictures on the information signs can also bathe. For us, however, the summer was quite cold. 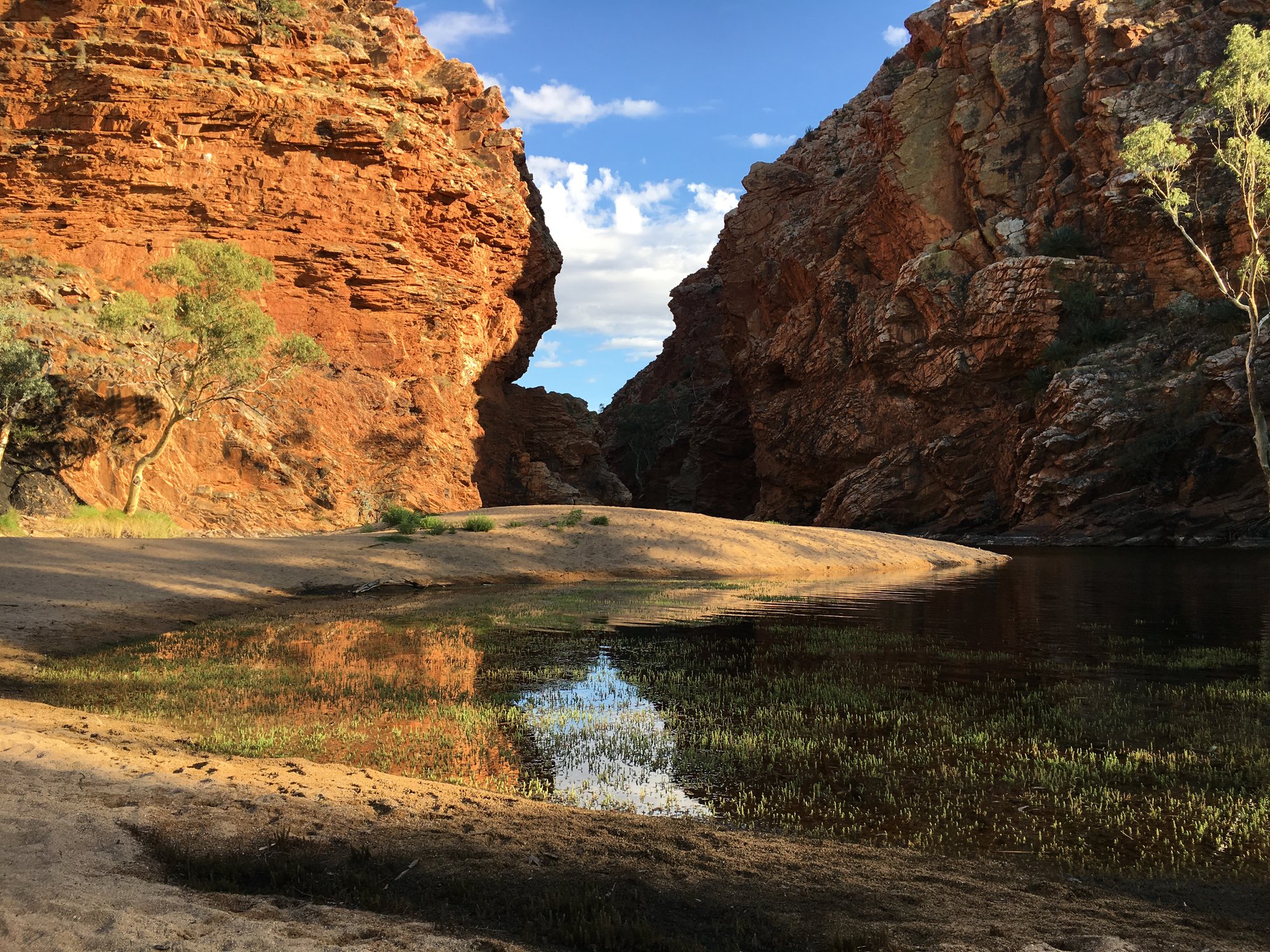 From Ellery Creek we cross the last stop in the west - Ormiston Gorge. With a steep climb and a narrow path, we set out on a lookout. Above, we are rewarded with a beautiful view of the distant mountains and the river below, whose shore is a sandy beach. Another walking route leads to the lake, where the path is adapted for wheelchairs. Australian parks are very well thought out and adapted to people with disabilities where possible. 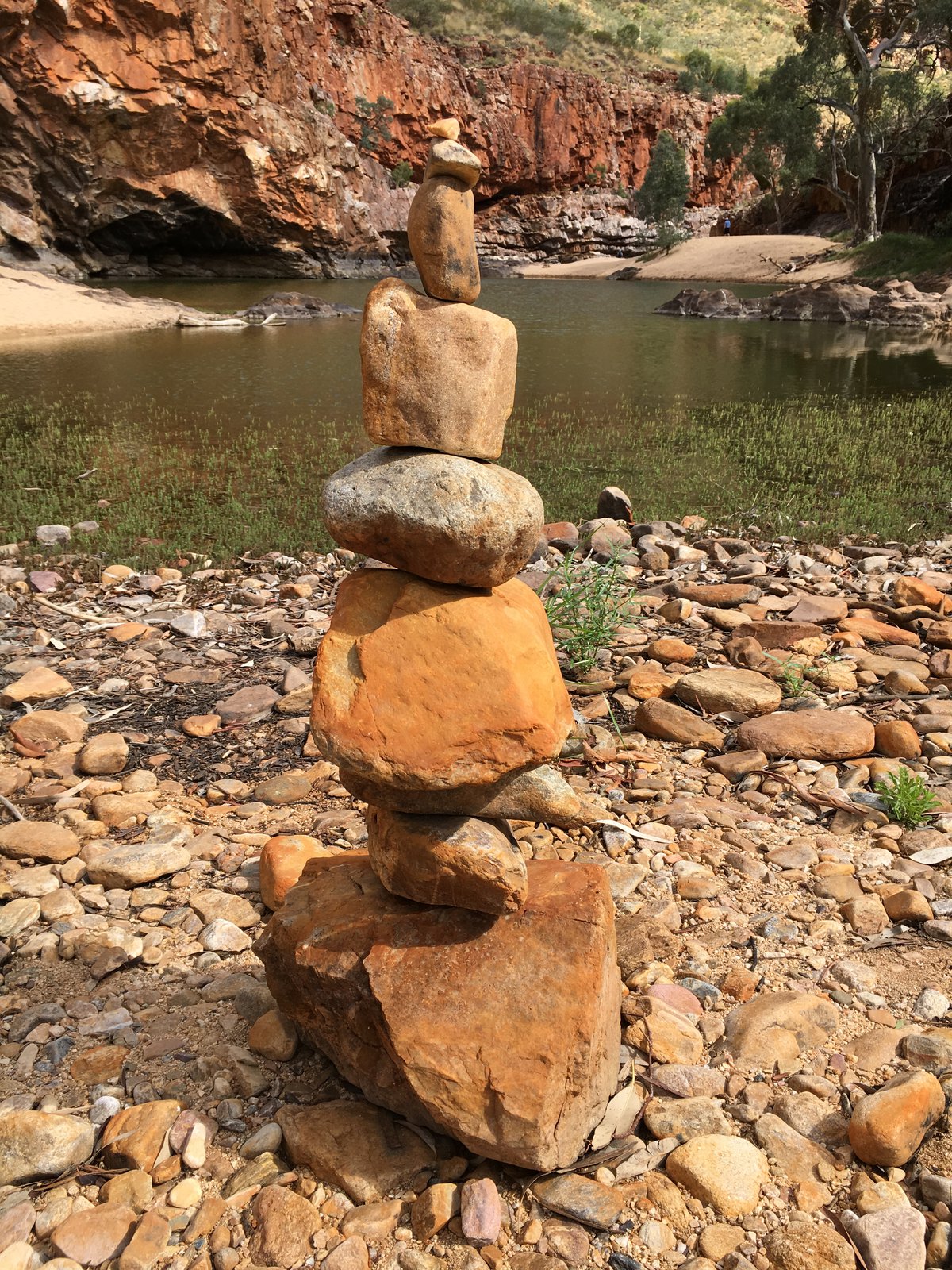 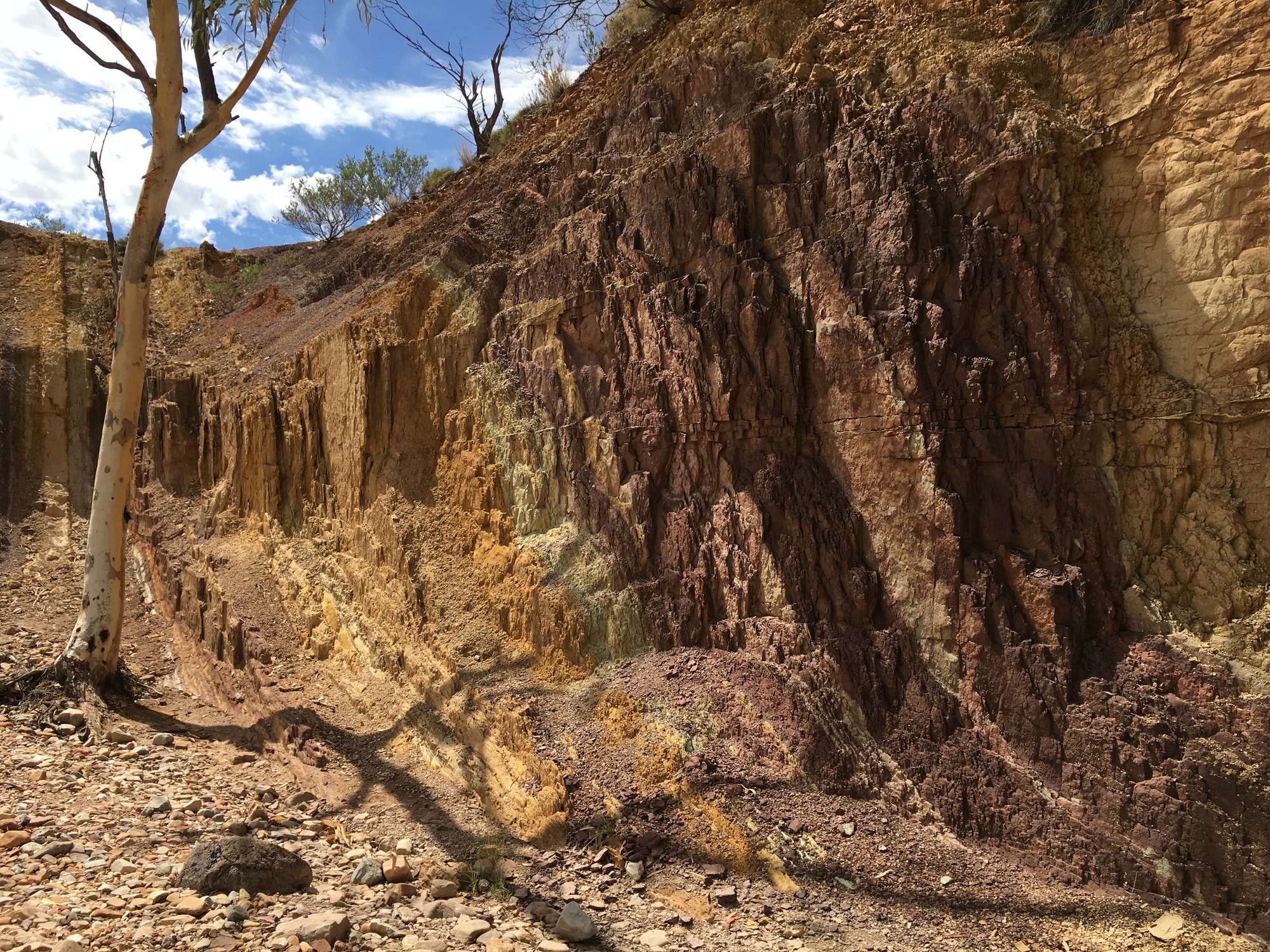 Ochre Pits is our stop on our way to the east. This is an important place for Aborigines, because the pigments of the soil, a type of clay with different iron oxide content, acquire colors in tones from yellow to red. These men then smear their bodies for various ceremonies. 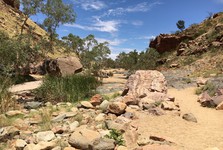 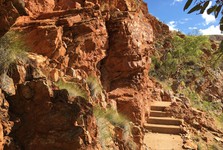 We pass other stops and we stop at Simpson Gap. This place is ideal for easy tourism. If you go here in the morning or in the evening, you spot small rocky wallabies. Along our hiking tour, the runs a river the creek of which is completely dried out. Although the landscape in Central Australia generally looks very inhospitable, life here is surprisingly varied. Aborigines share knowledge from generation to generation how to find water in the bush. They are simply at home here and can survive even in conditions where a white person has no chance. 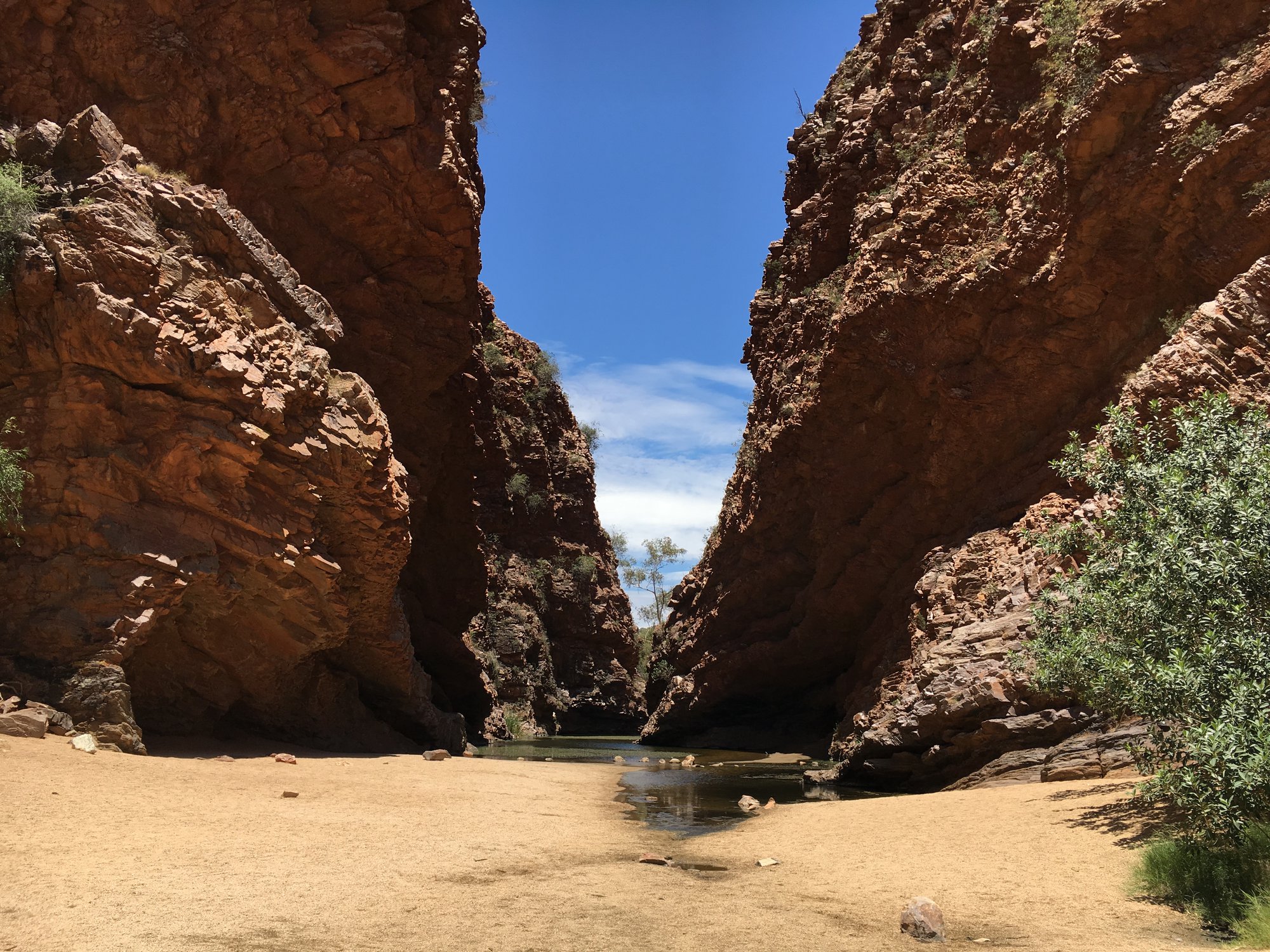 We did not expect much from the MacDonnell Mountains, and we are all the more surprised how beautiful places await tourists. If you do not want to take any longer hikes, be sure to spend two days on this park to see all the stops.