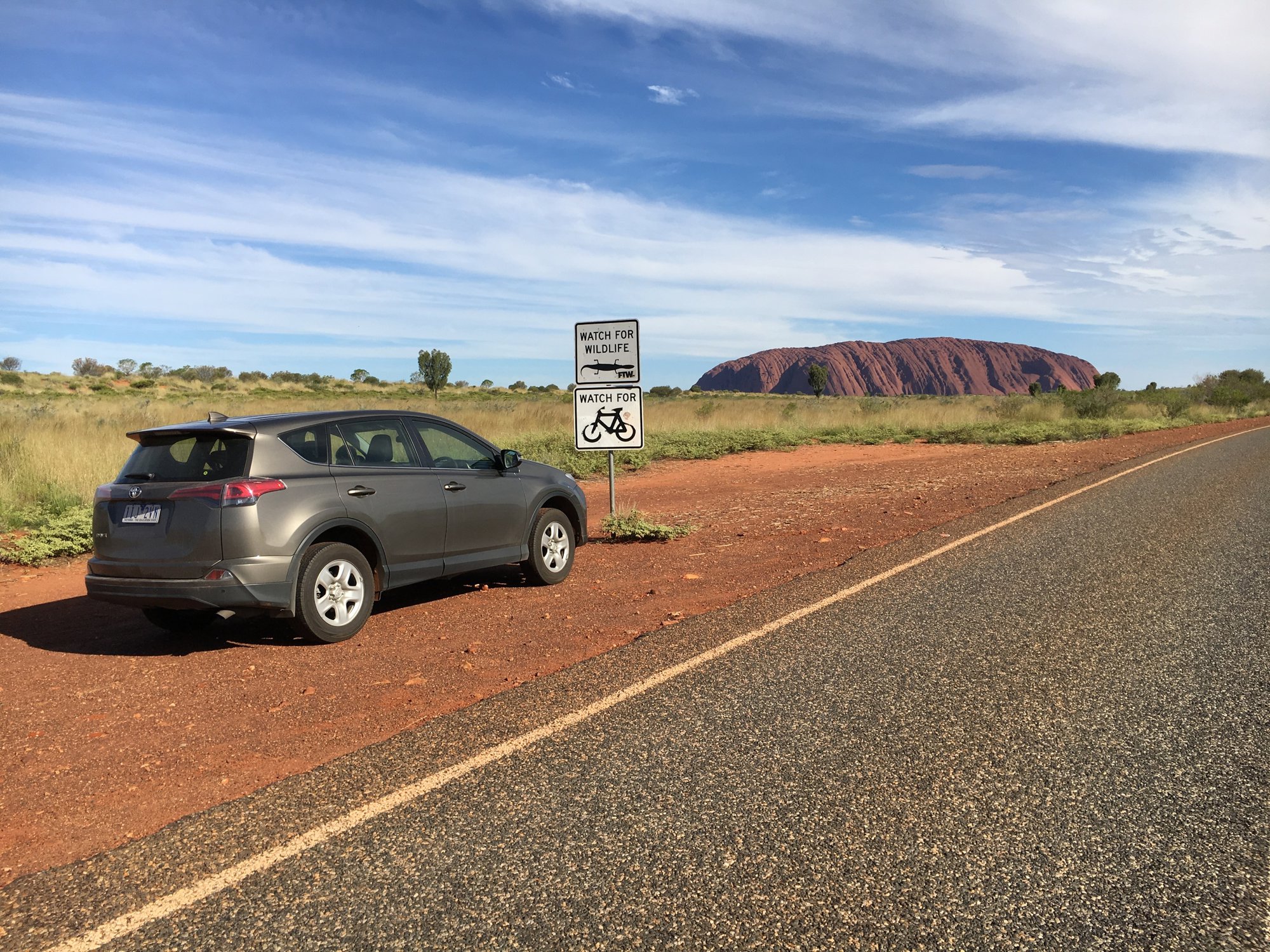 The name Uluru is indigenous, the Australians named it Ayers Rock. It is a very important sacred place for the Aborigines. The first European to see this rock was Ernest Giles in 1872. A year later William Gosse climbed on it and named the monolith after a prominent South Australian politician named Henry Ayers. The first tourists visited this place in 1936 and in 1958 a national park was established. 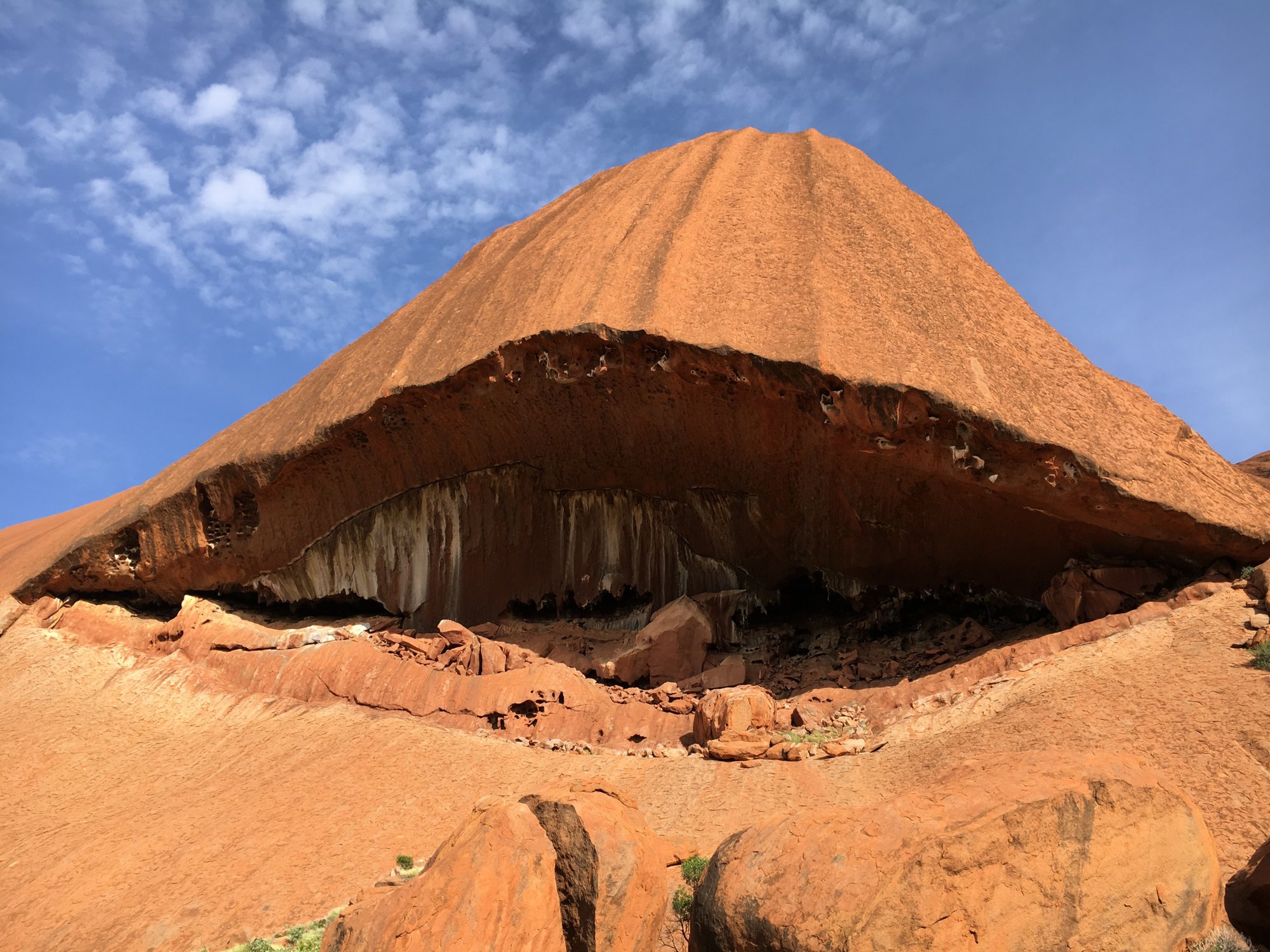 According to the Aborigines, Uluru was created by two boys playing with mud after heavy rains. The strongest spiritual connection with Uluru have the people of Anang. They also (and other tribes) left a large number of rock drawings on Uluru. The Anang people had long sought to return the land back to their care, which was not achieved until 1985. Although Uluru National Park, it is a place of indigenous property that the Aborigines hired for 99 years to a government agency that manages the park with them. 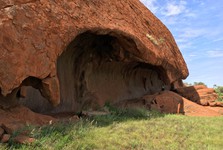 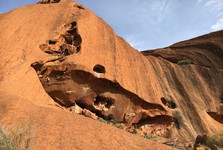 For tourists, the town of Yulara was built near Uluru. It is such an island of civilization in this hundreds of miles of vast wasteland. You will find campsites, hotels, restaurants, shops, a gas station or a post office. Most importantly, you can get free drinking water on the street at the information center here. Prices for goods and services are a bit higher, but still off-season acceptable.

We preferred to spend the night in the wild and we found one resting place, where there was plenty of space for other cars, but thanks to the irregularly growing trees everyone has their privacy. On the sand dunes you can reach a small hill with a nice view of Uluru. But it is necessary to have an off-road vehicle. 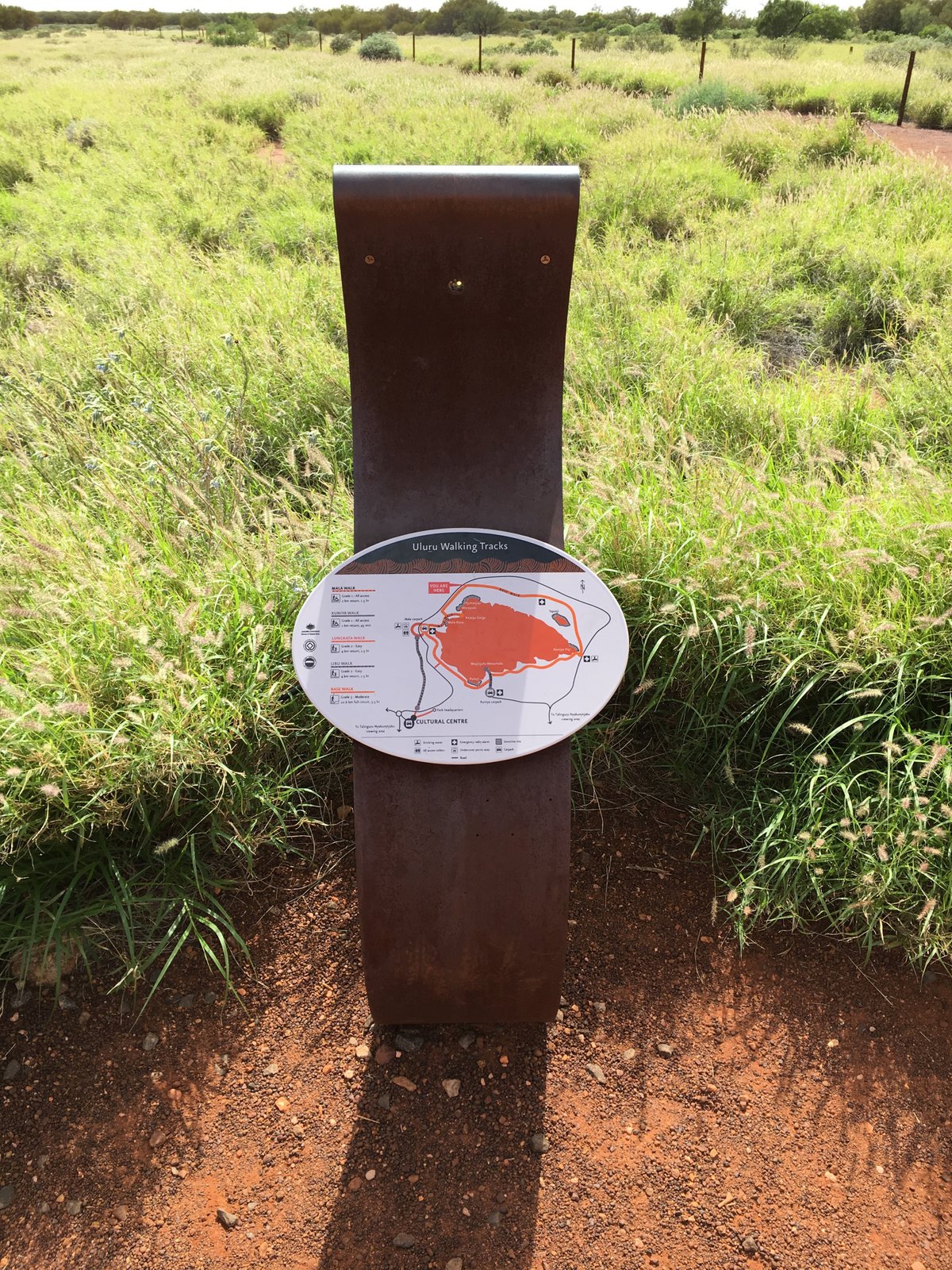 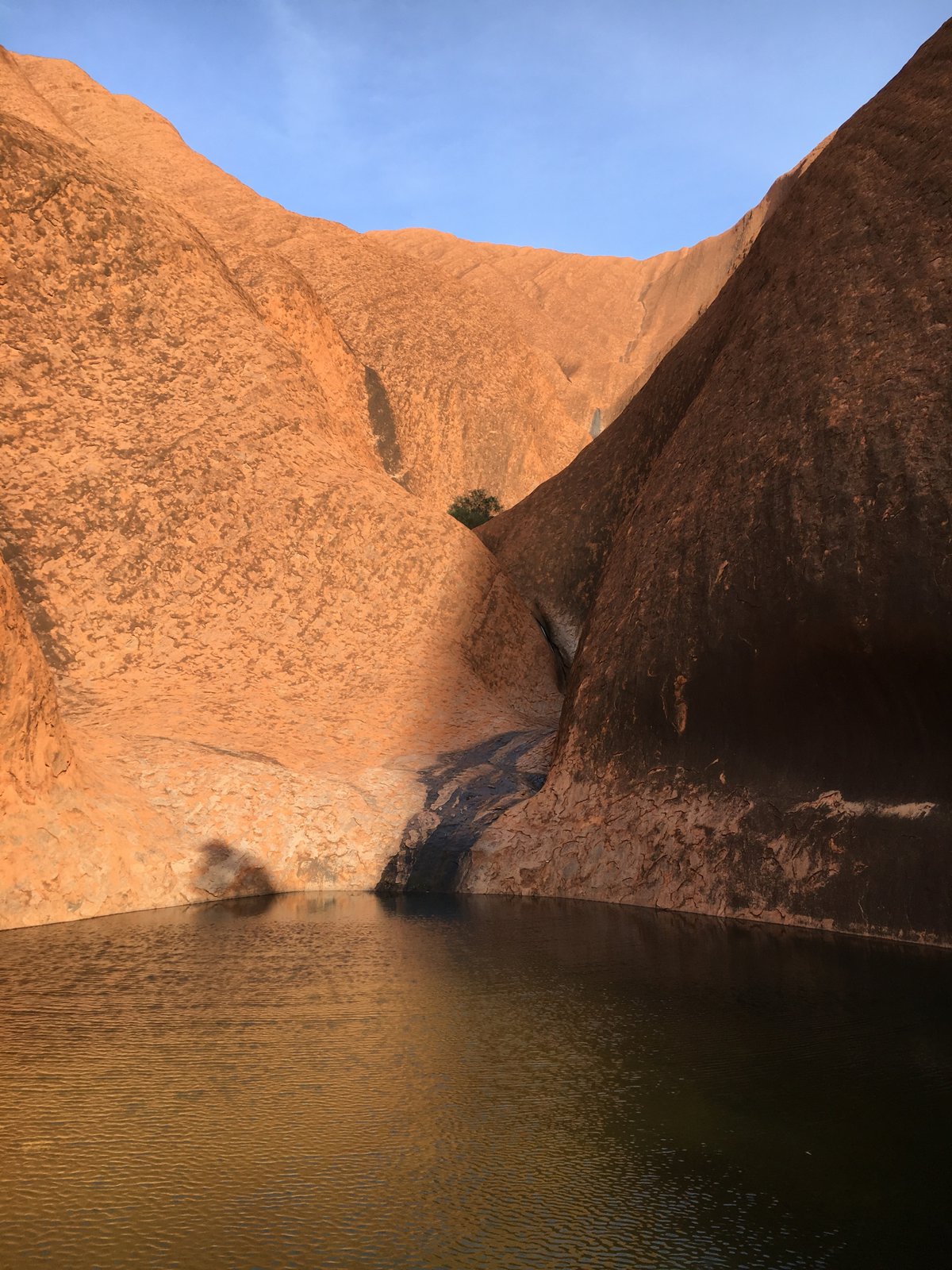 We stay in the national park for three days. More precisely 72 hours, for which a ticket of AUD 25 is paid. Because the park's full name is Uluru - Kata Tjuta NP, a ticket is valid for both parks. You can also get a map with information.

On the first day we set out on a 10.6-kilometer-long walk around Mount Uluru, and we can see it from sides that we might not even recognize in the photo. She is pretty old, geologists have estimated her approximate age around 600 million years. Due to the great temperature changes in Central Australia, we can find many cracks and caves on Uluru. The temperature fluctuations are great here - in summer we bake at 45 degrees, but in winter take your jackets here, because it can be up to -5 degrees at night. 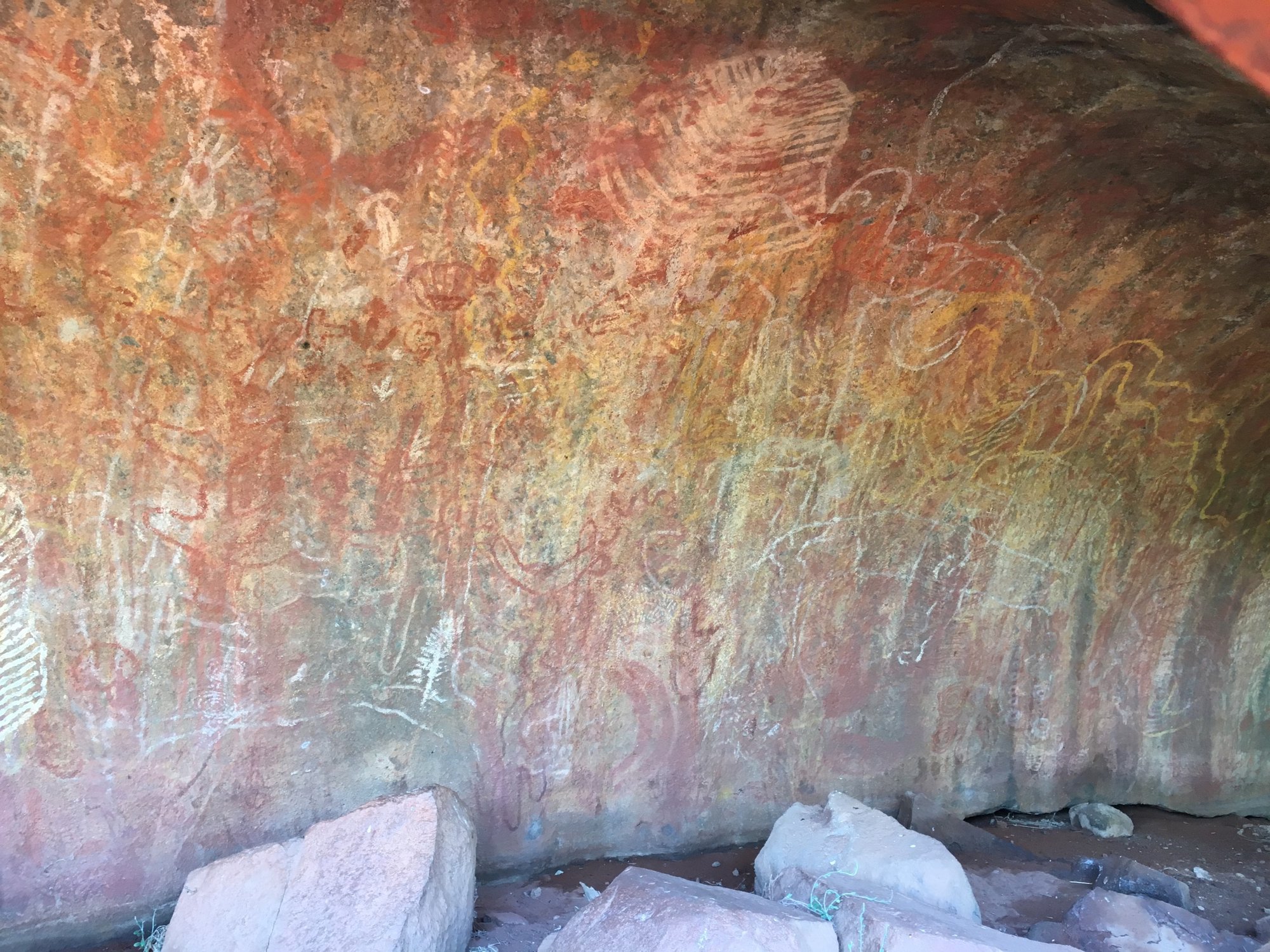 Uluru is bigger than we expected and has something magical in it that still attracts us. The stone is strangely creased, as if someone's fingers were running on its surface. It took us 5 hours to get around this colossus - but not because it was so long, we just can't get enough of Uluru. This trail is not the only one you can do here. What else does this national park offer you can read in the next article.