Published: 3.5.2022
Izmir (also known as Smyrna) has been settled for five and half millennia. The city is located in Anatolia along the bay which is connected with the Mediterranean Sea. The location of the city mean it had experienced rule of many civilizations and empires. The last of them, the Ottoman Empire, conquered Izmir in 1389, in the time when it still was a part of the decaying Byzantine Empire. 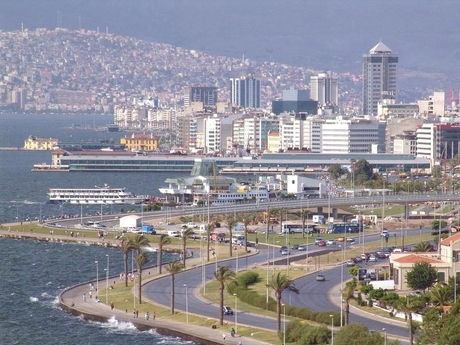 In the 16th century, Izmir was a favorite destination of Venetian, English, Dutch and French merchants and it was thus one of the largest centers of trade in the Ottoman Empire as well. It kept its importance throughout the 19th century, the very first railroad on the Turkish soistarted there. Izmir was a truly cosmopolitan city at the beginning of the 20th century with numerous Greek, Turkish, Armenian or Jewish communities. 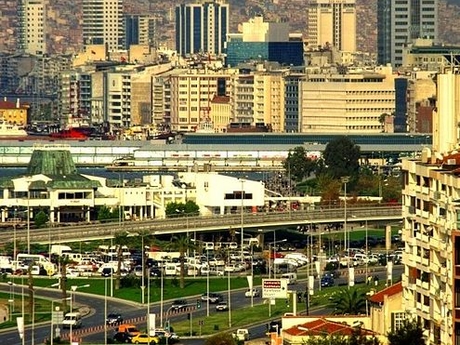 After a great fire of 1922 it lost significant proportion of its population, almost a half from its 300 thousand. Yet in the 1970’s its population has began to grow again and it continued since. Today there live more than 4 million people. Also, there are many universities.

The International Izmir Festival is a music festival that is held in the city annually since 1987. Every summer world-class musicians and musical groups perform there, among names who play there are Bryan Adams, Elton John or Moscow Philharmonic Orchestra, Red Army Chorus etc. Also the International Izmir Short Film Festival happens annually and its tradition started in the year of 1999, the Izmir European Jazz festival has its tradition bit longer. 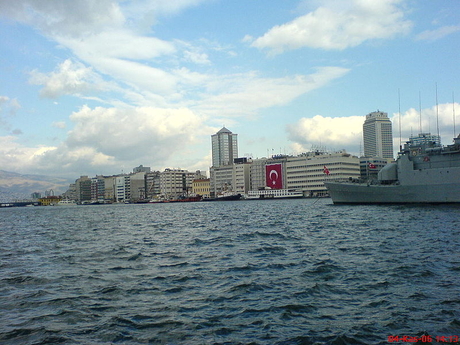 In Turkey food has very important role in national culture. People respect health and food and meal preparation is almost art for them. Izmir is no exception there. Its long multicultural tradition uncovers in the form of various meal. Among them is, for example, tarhana, a combination of dry grain, yogurt or fermented milk and vegetables. From these ingredients a thick soup is made. Another meal is kofta, its meatballs from beef or lamb made together with vegetables or rice. Zerde is sweetened rice with saffron 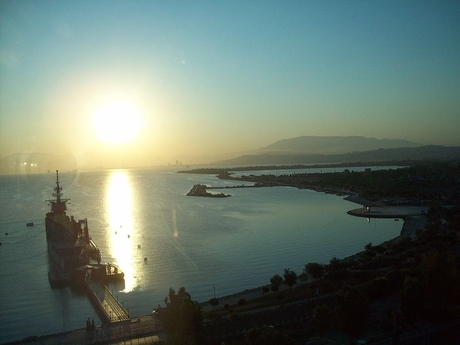 There are lots of places to visit in Izmir. The Izmir Clock Tower is among the modern sights. It was built at the beginning of the 20th century after German Kaiser Wilhelm II send a clock as a gift to Sultan Abdulhamid’s 25 anniversary of rule. The tower where the clock was built in s 25 meters high and it has four fountains around it. The Clock Tower is the symbol of Izmir and it is also depicted on Turkish bank notes. 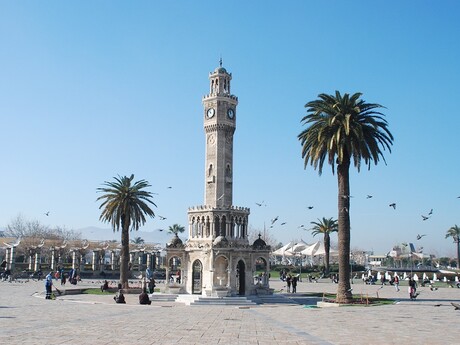 Kemeraltı - the tradition of this bazaar has origins in the second half of the 17th century. At the bazaar, you may see old and well-preserved caravanserai (a type of road inn). Kemeraltı is perhaps the busiest part of Izmir today.

The Agora of Smyrna – in ancient Greek cities agora was the center of public life. The Agora of Smyrna was damaged after an earthquake in the 2nd century A.D. However, Marcus Aurelius, the Roman emperor, had it restored. Thanks to him the agora is in very good state today. There are colonnades of Corinthian columns and a Muslim cemetery surrounds the agora. 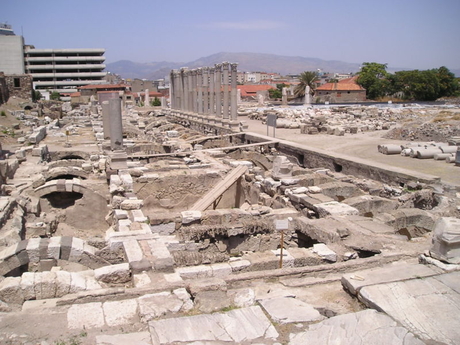