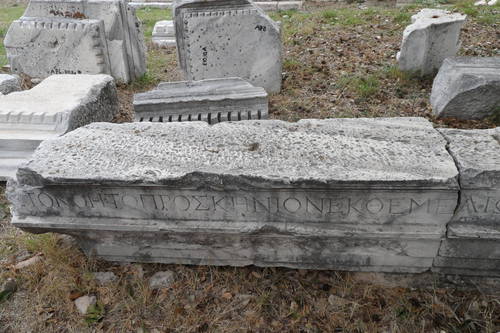 Beyond the gate you will be greeted by a huge and well-known Trojan horse . When taking a walk in the town you will be constantly informed through infoboards about the foundation of Troy to its fall. Initially believed Troy perished due to the Trojan War however, the city existed many years after it and I learned that the city was built to be unconquerable as it is apparent from a look at its massive fortification 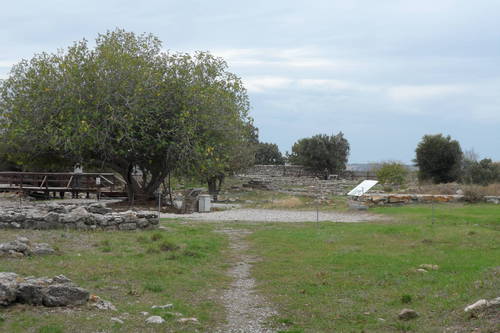 We know Troya mostly from IIiad by the oldest Greek poet Homer. .

The city was founded around the second half of the 4th millennium and it existed to the 6th century B.C. when it ceased to exist. According to Homer the Trojan War occurred around the year 1190 B.C. 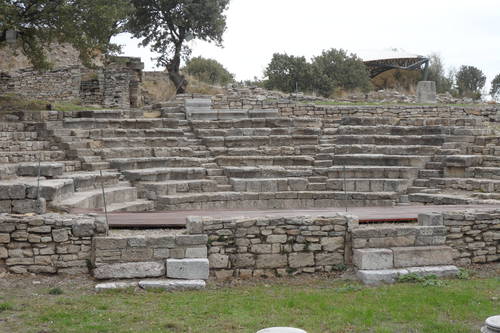 Troy was located by the mouth of the River Scamander roughly three thousand years ago but due to deposited matter from the river the mouth moved about five kilometers from the city.

The city was rediscovered again in 1870 by amateur archeologist Heinrich Schliemann who devoted almost his whole life to find Troy. At the place where he discovered the city he was supposed to, allegedly, also discover gold. However, this gold vanished during passing years and due to the Second World War.

There are apparent additional constructions on Troy that were added during the time. Your attention will be drawn particularly to very smart system of water supply to the city. Water was flowing to the largest hole in the pipeline that gradually narrowed, which made the current stronger and water could be thus distributed among citizens.

during your visit you can also admire various shapes of water vessels locals used or also the remains of the access road the purpose of which remains a mystery. Whether this stone road was built for the Trojan horse or it was used just for carts I hadn’t found out. According to the guide the road was built for a transport of the Trojan horse. This would prove allegations the Trojan War really happened and arguments opposing it would be falsified.