Nevertheless, before you ascend upstairs, you are recommended to have a look at the church, containing many historical artefacts, including wood-carving of Gothic style, ascrib

ed to Mister Paul of Levoča, tourist icon of the whole Spiš Region. In such case, we speak about three part statue group of Crucifixion (Calvary). Some objects of sacred character, made from metal, remind past glory of the town, renowned for excavating and working of metal ores. At the entry to the church, even a portal with relief would be of the interest to you. Nevertheless, upwards to the sky!

The tower of Roman Catholic Church, consecrated to Virgin Mary Ascension, has several remarkable objects, being interesting for all lovers of history and church construction. So, the church tower is, with its 87 metres height, the highest one in Slovakia. Seven dial-plates of tower clock, situated in two height levels, driven by means of the only church clock machine, belongs to another speciality. Such interesting thing was created during reconstruction and raising of the tower, when also three „lower“ dial-plates were let. This unusual number of clocks brought local inhabitants funny mark, such as „Blind Spiš People“. 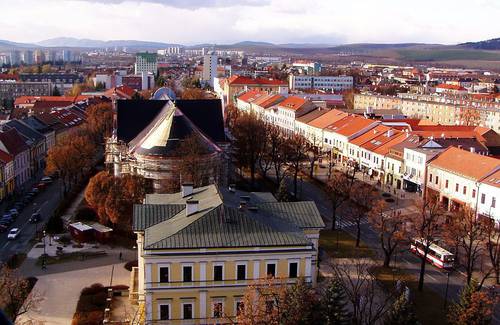 Mounting up to the top of the tower is allowed for a group of twenty persons only, accompained by the guide. Anyway, it is necessary to book it in advance in Tourist Centre in the square (close to Museum building, in so called Provincial House, which belongs to most beautiful buildings on the square, known under name Levoča Gate). The children up to 15 years age are allowed to enter, accompanied by adults only. During summer saison, where the interest of tourists is increasing, the terms of entries are places directly on entry doors to tower stages. The lovers of adrenalin are recommended to do their visit upstairs shortly before noon, when climbing upstairs on stages, close to rumbling bell could raise your complete experience.

From church tower gallery, you can enjoy unique outlook of the town, including the square of quite interesting lentil-shaped form, created with two streets, connected among themselves, with a park in the centre. The square is orientated from east to the west. So, its northern part is marked as Summer Street, and southern one as Winter Street, as there no sun-shines are illuminating. The outlook to the environs could be also quite attractive: the peaks of Tatra Mountains in west direction (it was a pity that this view was covered with clouds during our visit), afforested Slovak Paradise in the south, Volovec Hills, Branisko Massif and Levoča Hills in the east, including the nearest hill, known as „Blamomt“. 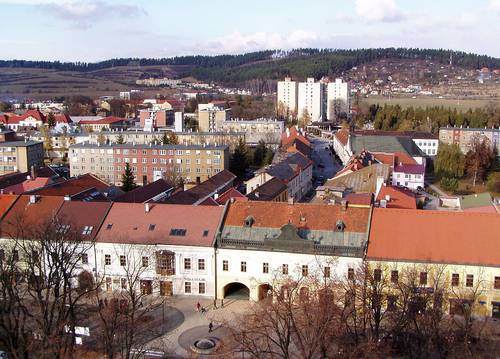 During an outlook at such astonishing panorama, I remembered that I read, long ago, in some foreign guide-book that the Hungarian title of Iglo (the old persons speak about „Iglove“) could allegedly be brought  to the town by miners from the German town of Iglau. It is a name of today´s town of Jihlava, Bohemian-Moravian Highlands. Within early medioeval time period, this was the second biggest and richest town of Bohemian Kingdom, (after Prague), thanks to the excavations of silver, and till the beginning of 20th centure, the town with prevailing inhabitants, speaking German. However, when the supplies of silver ores were exploited, the fame of the town dropped and local miners left for Kutná Hora and another localities, including Hungarian towns. 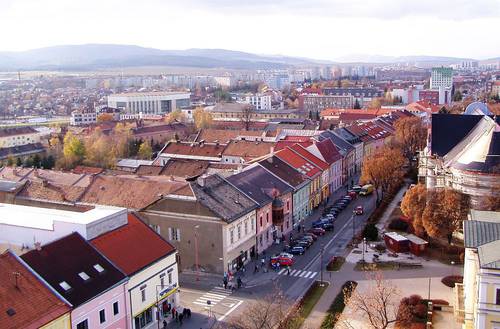 In this connection, I did not withstand temptation to excel with my knowledge, asking a guide if this fact would be right. He looked at me with investigation, as if she would like to be convinced, whether my question was meant seriously. And finally, she answered: „I do not know anything about such facts!“ and went to the other part of the gallery. Nevertheless, her reaction evoked some doubts, if I remembered this detail in right way. So, I tried to look for someting in the internet, however, I did not found anything concrete. 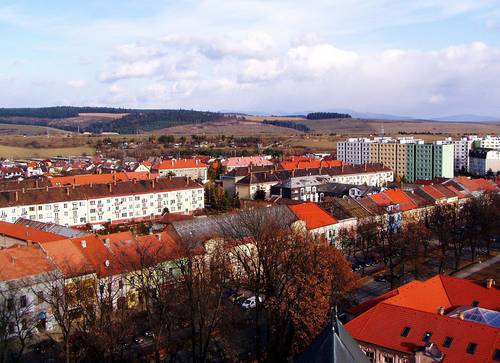 In official page of the town, a notice could be found that King Bela IV. let, after Tartar attacks, to invite to plundered areas, new colonists from Bohemia, but mainly from Saxonia. „Nová Ves“ was renaimed to German „Neudorf“, Latin „Nova Villa“, and by Hungarian renamed as „Igo“, sometimes even „Newendarff“, „Iglovo“ or „Iglow“. The other notice informs that the town was established by means of unition of „Iglov“, old Slovak community, and new German village of „Nová Ves“. 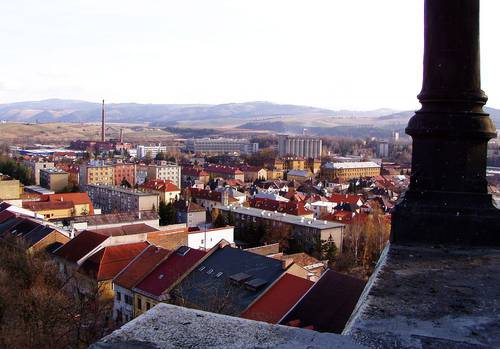 Nevertheless, the internet did not disappointed me. I wish to thank very much Mrs. Marta Almasi from Szekesfehervar (Hungary). She confirmed that a coherence between names of Iglo and Iglau is mentioned in a book of Viktor Szombathy: Czehszlovakia, Panorama publishers 1976 (the second, added issue), under logo Spišská Nová Ves (Iglo) - pages: 202-204. I hope that somebody would be ready to make a translation to guides (and historians) what is written about this town abroad. 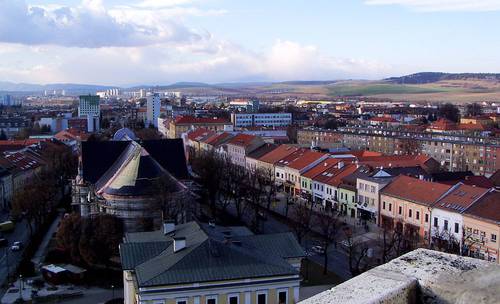 Published: 7.10.2007
Jihlava is situated in Bohemia-Moravian Highlands and it is a trade, administrative, cultural and industrial centre of Vysočina Region. The town was founded by Wenceslas I. in the first middle of 13th century after discovery of silber mineral veins. Jihlava is placed on border of Bohemia and Moravia on a river of the same name nad has nearly 50000 inhabitants.

The Countryside Seen From Bird´s View

Published: 3.3.2011
Similarly, as it would not be compared the experience of car - or motocycle drive, any other sightseeing flight does bring you so powerful event and adventure as balloon flights.