The landscape around Humpolec can charm you by its magic. As soon as you leave the corridor adrenaline matters bearing plate D1, highland landscape begins to be considerably happier. Hills and mounds, plowed fields, which change with forests, meadows and lakes of various sizes. From the Humpolec to Lipnice nad Sázavou it is just bit over just 12 km. Same distance divides Lipnice from Havlíčkův Brod.

Hiding place in the castle

Castles use to be visible from far away. Not this one, at least from the direction of Humpolec can be hide so perfectly, that you will see him until the moment when you pass a sign Lipnice nad Sázavou. But then it shows its best and we guarantee you that you do not run it out of sight throughout the visit. It rises majestically above the village and the surrounding region, adding that place to the mystical atmosphere. Yellow flag with crossed branches, a symbol of family Ronovci, fluttering in the brisk wind makes it that the castle's still alive. And with small breaks already from ancient. 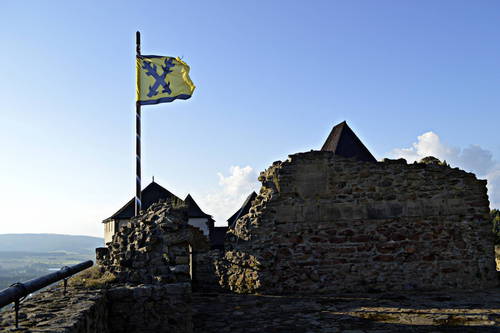 History of the village dates back to the 1226. Her more famous stage but was related to the exhibition of the castle in the 14th century when the place later received town privileges, and even one of the medieval earning rights - the right to brew beer, when in the city were allowed to brew beer. The fort on rock was built of Ronovci family. Stone giant was to protect trade paths that connected Bohemia and Moravia, but also silver treasures dormant mines near Havlíčkův Brod. Golden times ended with the Thirty Years' War. The fatal blow came long after - in 1869, when in addition to the castle and burned most of the houses in the town. 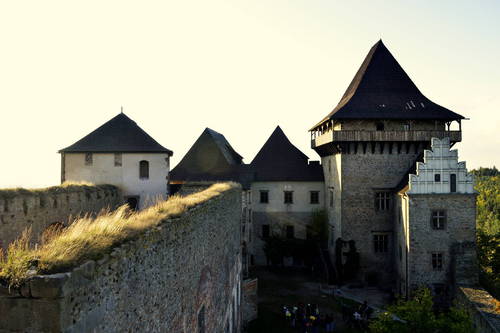 For a symbolic one hundred crown in 1924, then bought the club Czechoslovak tourists and slowly started rescue work. In the fifties of the last century, went to Kentucky State, twenty years later, was to become the seat of the Communist top brass. But it was necessary to take some necessary measures - after the communist demolish vault ceilings glue it with concrete or wood replace with iron. Fortunately, it did not put in the time to do much, but it's still almost unmistakable in the rooms of the castle. 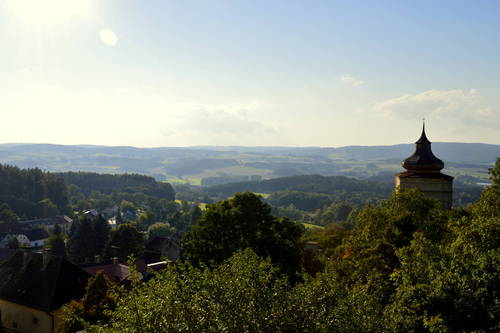 Not only the castle, but also the village itself conceals a lot of interest - tomb of Jaroslav Hašek, several statues, nearly perfect square, or if you want to square, folded many houses covered under a steep slope. A little higher up the highly visible church, which leads unpaved road or stone stairs. It is whitewashed so that you will be in sharp autumn sun, forcing a blind eye. It is dedicated to Saint Vitus. A little higher up the hill the belfry stands. It was built from stone and is worse accessible. Maybe that's why still is not fixed.