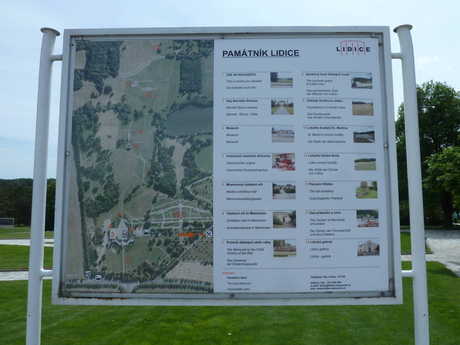 A vast park on a place where a burned down village used to be. Many generations have visited the place. You see children with parents and grandparents listing to the story of hatred and revenge in June 1942. It was then when the Nazis decided to burn down the village of Lidice from the face of Earth. 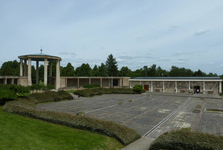 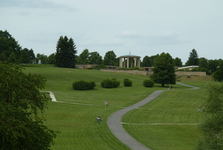 Houses were burned, men shot, women transported to a concentration camp… And children? Those found unworthy of Germanization were gassed. A memorial to commemorate this tragic even was built later on this place. A museum with documents and showing documentary films depict the village. Shivering authenticity gives a documentary made by the Nazis about the crime itself. 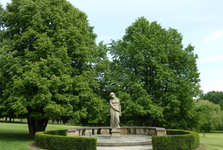 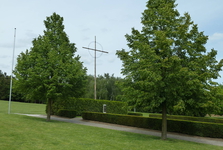 After the war, a new village of Lidice construction started. There were family houses, a school, church and other structures what ought to be in every village. The original place became a piety place. There are tomb stones and preserved foundations of original buildings. Rose Garden  – before the Garden of Peace and Friendship was founded. Thousands of rose bushes decorate it. Their smell wont let you go through the park easily. You have to sit down on a bench and enjoy the place. Roses inspire the name of the garden itself as well as they became a symbol of Lidice. 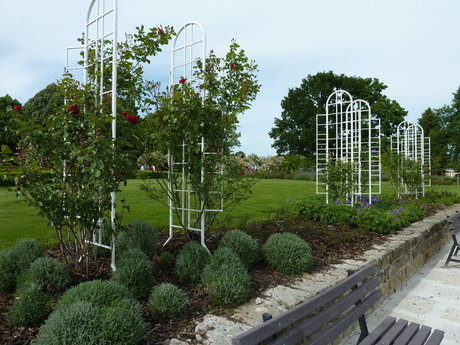 The most important memorial is to the children of Lidice created by Maria Uchytilova. This sculpture group consists of 82 sculptures. I am breathless when seeing their face expression. I also agree that their memory cannot be ever forgotten. In such spirit operate organizations and new projects are founded to spread education across the world. Works of foreign authors are displayed in the Lidicka Gallery. Also, the movie about the tragedy should be worthy of your attention. Many places, as you can read at the Lidice Memorial , bear the name of a small once burned Czech village. 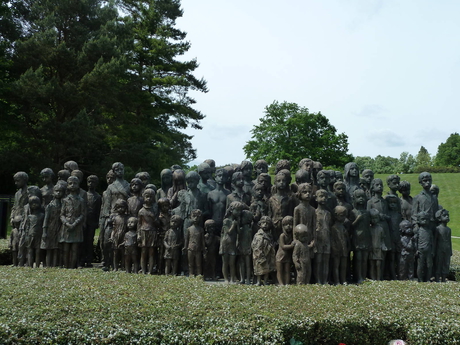