The whole region is very small but there are so many unique specimens it could be easily a national park. Due to its importance the area was included into the NATURA 2000 program. The article will introduce you several interesting and rare species of plants and animals you can discover here.

A Pearl Among Pelecypods

On one information table, No 5., on the nature trail there is about a unique specimen of local nature – the freshwater pearl mussel (Margaritifera margaritifera).

Pelecypods are among the most endangered species there and its occurrence in the Hranice region is one of the few in the  Czech Republic and in the Central-Europe as well.

As the name suggest, the freshwater pearl mussel has the ability to create pearls in its body. Thanks to this fact their entire population in the Ašsko region got to the brink of extinction. Pearl manufacturing was one of the means of subsistence of locals (the beginning of the 20th.century). Today, it is almost impossible to see a pearl in the body of the pearl mussel since this Pelecypod has almost no energy to produce it. 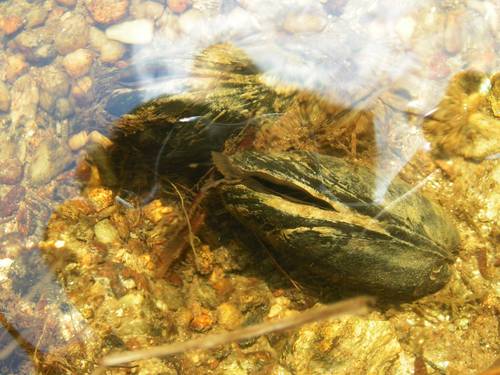 Life of the freshwater pearl mussels is difficult and full of problems. The pearl mussels fight for survival every day. After fertilization larva emerge and in order to grow they need to hitch to fish gills. So-called host fish of local rivers is trout (Salmo t. f. fario). On trout’s gills a larva changes to a small pearl mussel that leaves its body and lives for few years on the bottom of a river in mud where it further grows. The pearl mussels live 50 years in average and they reach 12 centimeters. 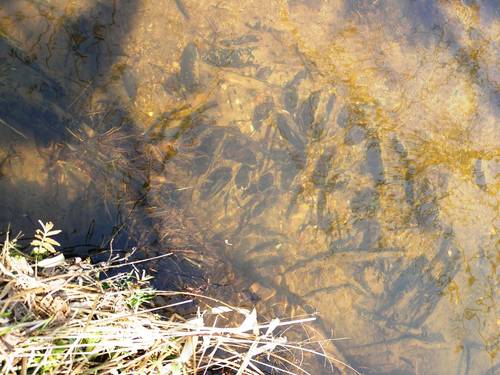 Today, disruption of their natural habitat is the greatest threat to the freshwater pearl mussels. A pearl mussel indicates whether water it lives in is clean or not as any disruption of quality of water causes a reaction of a pearl mussel. Chemical pollution, acidity, inappropriate administration and insufficiency of appropriate nourishment cause that the freshwater pearl mussel is on the brink of extinction. It is important to revitalize natural habitats, it is the only way how to safe endangered Pelecypods.

A small carnivorous plant the common sundew (Drosera rotundifolia) is on the list of endangered flora of the Hranicko region.

It is easy to miss it. Its leafs are near to the ground and they form the shape of a rosette, is reaches only 10 centimeters in diameter. From the center of a rosette grows a stem that has up to 15 centimeters and ends with small white blossoms. It blooms in August. 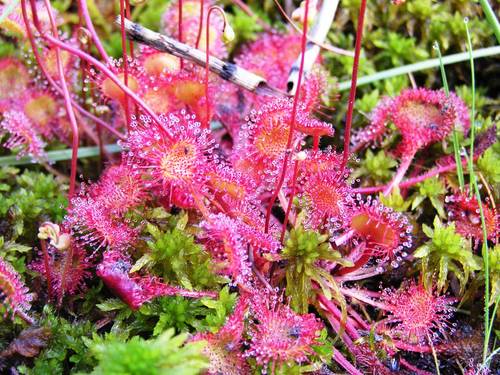 How come the common sundew is carnivorous? The plant grows on places where is insufficient nourishment so it needs to get nourishment other way. It gets nutrients (mostly nitrates) via its leaves. Color of its leaves is slightly red and they produce a material that attracts insect. Drops of sticky liquid resemble dew and are present on small hairs on leaf (this gave the plant its name). An insect stick on a leaf and the plant imprisons it then. Then the common sundew releases a digestive liquid that starts decomposition. By this “carnivorous” method the plant gets nutrients it needs to survive.

The common sundew has healing effects on cough, asthma or diabetes. It is protected by law so it is forbidden to harvest it. 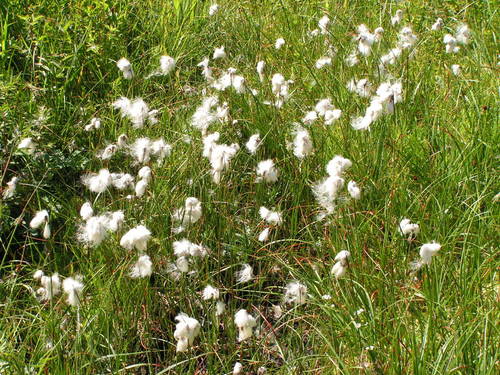 It is impossible to miss it unlike the common sundew. The cottongrass will attract everyone’s eyes with its blossom. Perianth is white and hairy. A meadow filled with the cottograss looks like it is sprinkled with tufts of cotton. You can enjoy such a view in the Hranicko region on many places, from May to June. 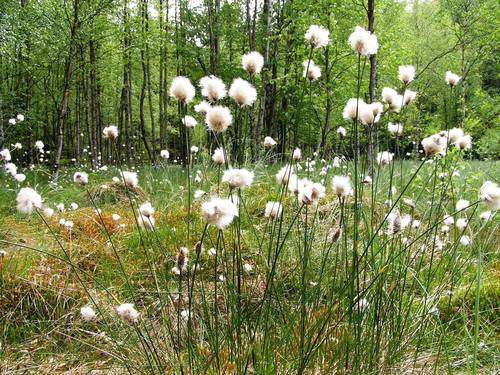 An orchid on a borderline? Yes, but the number of localities decreases

Another two plants that differ with their look regarding a region they grow in. One of the plants that will attract your attention you won’t even notice. Both deserve higher attention from the nature protection perspective. You can find them on many places in the Hranicko region.

(Dactylorhiza majalis) is impossible to miss.

The Dactylorhiza majalis is a representant of the Orchidaceae plants that you can see very often in the land. It is, however, an endangered species of our flora and its natural habitats are disappearing. The Dactylorhiza likes moist places, marshlands. The Orhcidaceae will attract you with its inflorescence (various tones of purple). There are stains on leaves that only underline its beauty. Impressive is also its height – up to 40 centimeters. As the name suggests, it blooms in May. Due to bad administration and land interventions suitable biotopes are disappearing. People sometimes dig out plants with an intention to decorate their gardens with it, however, the plant will most certainly die there.

A herb that won’t impress you at the first glance but deserves more attention is Potentilla palustris which needs to be highly protected. There are many of these in the Hranice region. The most suitable biotope are moist places, marshlands, or it grows also on shores along ponds. Its purple blossom that could be also brown is very interesting and blooms in June. Its height reaches up to 60 centimeters. 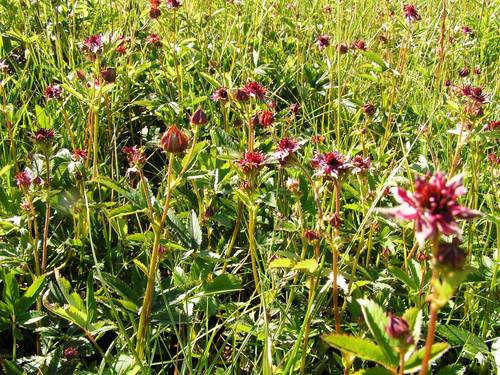 When you see marshlands covered by blossoming Potentilla then you will understand even this plant has its magic.

When you get there move there via marked paths and be careful to nature there as there are precious biotopes prone to even slightest disruption or change of environment. The ”On a Way to the Three-states” nature trail will lead you through there and introduce you specimens..