Despite it is not a real Tri-state it is convenient to begin here for is is the most out-of-the-way area of the Czech Republic. The voyage from west to east has also a charm of its own.

A very nice landscape, many natural sights and mysterious history. The place has a suitable touristic facilities, the place is well-maintained. The trail is only for walkers and bikers, no cars are allowed here. You can park your car by the border patrol base and then get to the tripoint itself via the „On the Way to the Tristate “ nature trail.

Then we continued south and got to the station of Nove Udoli. From there we took a difficult hike to Tristolicnik (1302 m). Tripoint is hardly reachable from the Czech side. On the other hand, from the German side you may get to Tristolicnik by car and then continue to Tripoint. The place used to be picturesque but today your impression will be ruined due to “European spruce bark beetle” that ate Sumava where are fallen trees and almost no hope that it will get better.

The place lacks any proper tourists services – infoboard or some benches where one can rest for a while. The tripoint itself will, however, surprise you and it deserves your praise. We enhanced our experience near Plesne Lake, from there we continued to catch a train in Nova Pec. 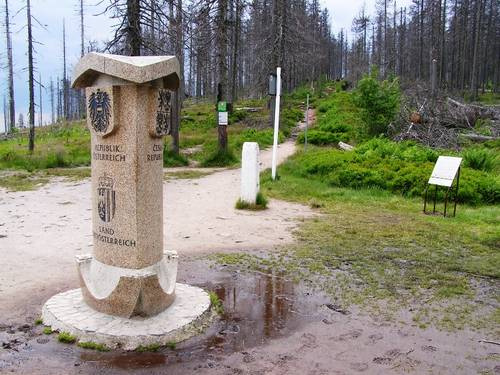 Picturesque landscape, one of the most beautiful tripoints in the Czech Republic. Kind people and pleasant mayor who welcomed us with borovicka, a spirit. You can’t get there by car for you have to park in Hrcava and continue three kilometers afoot. In the most eastern part of the Czech Republic we were glad to see some reference to our Tristate in the most western place of our republic. 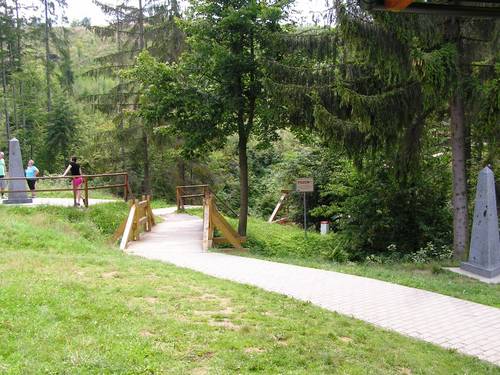 The place is well-maintained, touristic facilities and services perfect; you can stay there overnight and make a fire without any problems. Your experience will be more deep thanks to sheep bells that you will hear spread on local meadows.

We left our car at the border crossing and continued by walk. This tripoint seems to experience floods often. The city tries to keep the whole place attractive to tourists but floods take the whole work away. We saw it even in the time of our visit.

It was planned to build several bridges that would connect particular states but it is far away from completion. There are no touristic facilities, at least in the Czech side, only border stones are repaired. On the German side there are some benches, however, on the other side of the River Nisa you have to get across a dilapidated Polish bridge (dangerous). Before we left this place we had rang a bell on the Czech side and we wish the place will be in much better shape in the future. 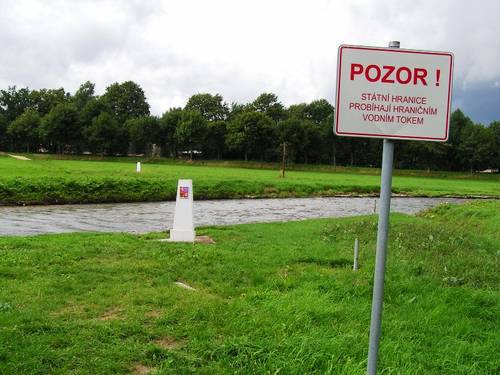 We experienced many things during our voyage. We had sunny as well as rainy weather and mostly we encountered kind people who helped us when we needed it. We had found every place as it was depicted on the map. We recommend to every adventurer to try this journey in these places in the Czech Republic.