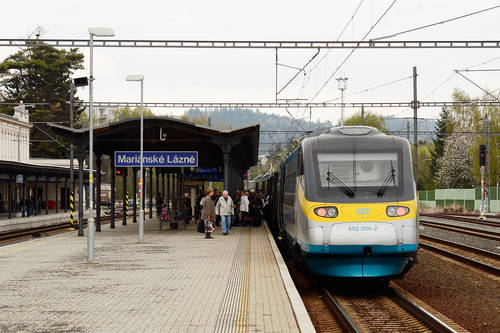 Our second largest spa city was founded relatively recently, this year it is only 202 years old. That did not, however, take anything from its magnificence and glory - in the 1850s its distinguished guests traveled here from all over the world. At the turn of the century, to "Marianky" came composers such as Gustav Mahler and Richard Wagner, English King Edward VII or Austrian Emperor Franz Josef II. Especially after 1948, the importance of the city was less, but fortunately still preserved its unique character and after the Velvet Revolution could start again returning to its former glory. 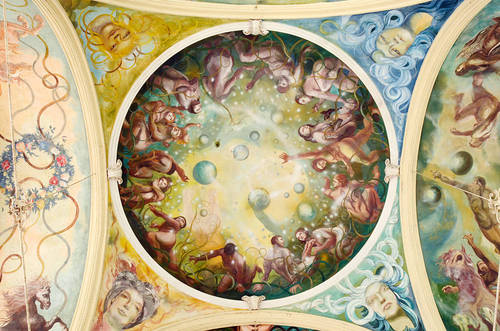 Marianska Lazne affects me very pleasantly. There is peaceful atmosphere, everything is carefully decorated and surprisingly everywhere more than Czech I hear foreign languages - compared with Karlovy Vary gratifying change. Medicinal springs in around forty, but I have a feeling that the guests like to come back here without them. Excellent architect Vaclav Skalnik founded here beautiful parks and gardens, and I in them could easily scroll through long hours. And if it happened to me bored, I would sit in a quiet place with a book and rested, or would like to visit one of the local cafes and wine bars. Should I even got tired of it, I could go explore the beauty Slavkovsky Forest that surrounds the city. 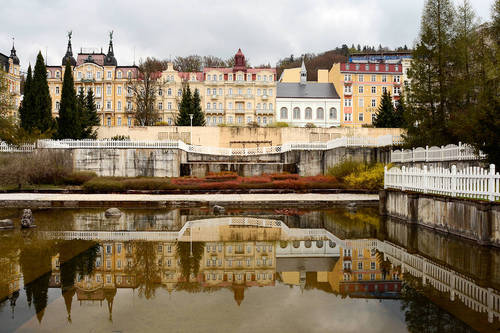 The highlight of the trip may be besides a dinner and seeing the Singing Fountain, which is located next to the magnificent 1889 colonnade , which is one of the few in Europe survived in its original form. The Singing Fountain consists of a circular pool with a diameter of eighteen meters and ten basic jet systems with more than two hundred fifty jets, which, controlled by computer, ensures a wonderful spectacle. But beware, each year fountains "signs" only from last day of April to the end of October!

If you wander off in western Bohemia do not miss Marianske Lazne . It is slightly less famous than Karlovy Vary , I think it is but its greatest advantage. Offering everything what true spa town has to offer, but retains calm, reasonable prices and a greater proportion of the Czechs. 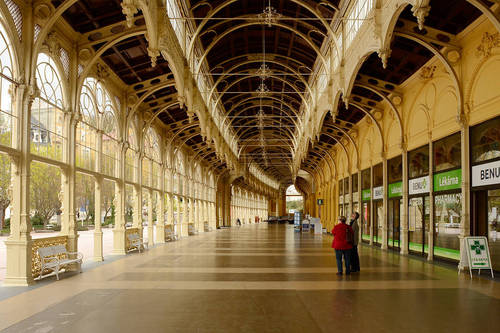