We start our trip in Huty, a town located on the border of the Orava and Liptov regions. It is located about 8 km offZuberec, or 30 kilometers off Liptovsky Mikulas. The town itself is one of the oldest settlements around. It was founded in the 16th century. It is located 789 meters above the sea level. Its location makes it an ideal place from where you can go hiking to Choc Hills . Right after we parked our car we also set off to explore the environment. 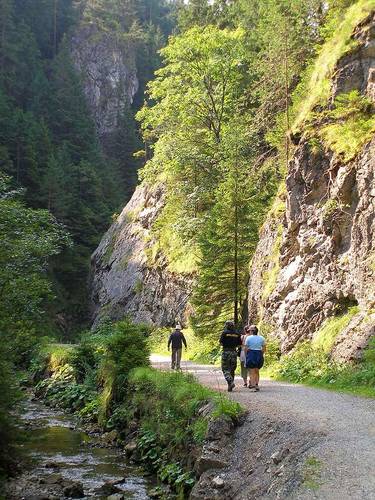 Hike along a nature trail
At the edge of the town we found an info board saying that a tourist pathway also serves as a nature trail running across Prosiecke and Kvacianske valleys. As we entered from the side of Orava, we started our hike across Kvacianska valley first. The valley offered a pleasant refreshment in the form of water flowing in the creek and springs emanating from the rocks. Surroundings gravel roads were lined by thick pine forests, whose roots were covered with grasses and flora. Omnipresent and butterflies flying Beetles gave to know that we are in the womb of life, charming nature. 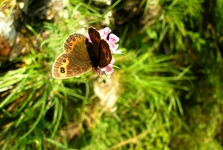 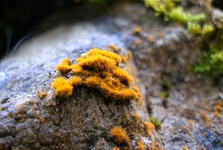 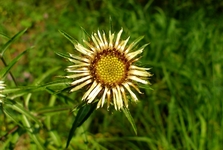 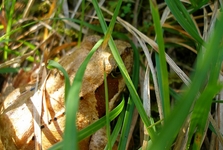 Unique Water Mill
After a nice hike, almost without going uphill, we arrived at some meadow where a creek changed to a dam. At its end, there is a folk architecture sight that consists of water mills. This area is called Oblazy. Already on our way to this point, we came across an information board, which described the four mills. One of them was located deeper in the valley below Rohac, but it was taken by water in the 19th century. Of the remaining three, two, we fortunately preserved. We went over the footbridge over the counter get to the upper mill, which is also called Gejdosovsky mill . The mill consists of the residential building and industrial building situated separately. The mill was built in the first half of the 19th century. In the course of time it changed owners and technical operation mechanism. Bit further is Bottom or also Brunciakovsky mill . It was built in the same era as the former but unlike Upper mill it had two spaces, a room and a place where the milling was actually done. Neither this mill avoided mechanical redesign that we can see today. It is the typical floor plan in the shape of a letter L. The third mill featured Furmanski pub that served food to passers-by. However, in 1944 her retreating fascists burned. The mills are currently culture-technical sight. They are one of the last ones preserved in the Liptov region. 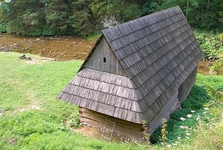 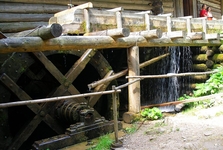 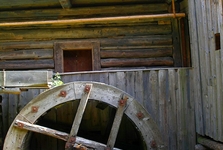 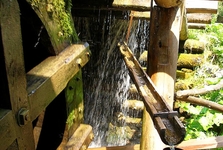 At present, thanks to volunteers we could see completely renovated gems of rural architecture in which it is possible to see inside the flour milling technology, old-fashioned way, as well as functional, over a hundred years oldsaw. It was interesting for us to realize the fact that the right wheel is the oldest motor humanity. Wooden gears defunct mill was later the inspiration of the watch movement, which was a harbinger of the computer. Interesting, right? 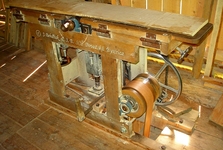 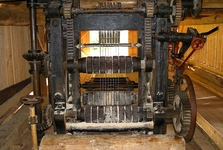 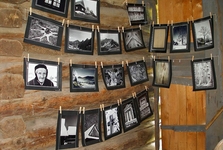 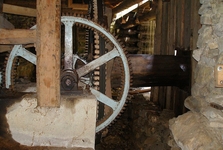 Full of beautiful impressions we had a short time after a remarkable tour sat on a bench by the fire and went way back to Huty. This unique trip we would like to recommend to all lovers of nature and technical monuments. It is also suitable for less experienced hikers or children. 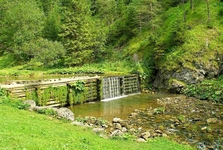 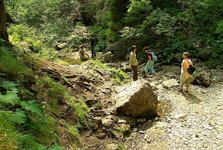 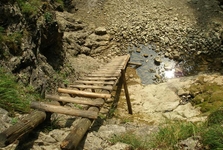 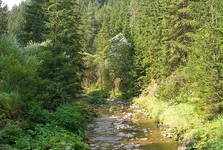