en.infoglobe.cz » SK: Liptov – When it Rained in the “Paradise” II 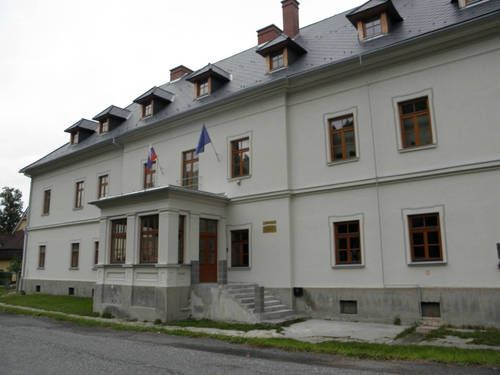 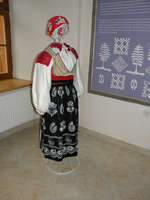 death of Janosik, so one event was dedicated to his memory.

Regarding satisfaction of my feminine and a little bit Halloweenish soul, the museum didn’t disappoint me. Gallery of bobbin lace was interesting and beautiful, but I have to admit that I cant learn how to do bobbin lace.

But exhibition Blueprint in Liptov , it was something I briefly described the slogan "let women to the museum and she would come out as an expert on blueprint." I have always admired these fabrics and in various stores of Krasna jizba and crats I imagined how would I use them at home. But I had never been so stylish device where the fabrics would fit.

So the only products were blueprint clothes I made in my youth and a cooking glove. It lasted many years because it was rather a decoration and I never used it for I was afraid to damage it.. 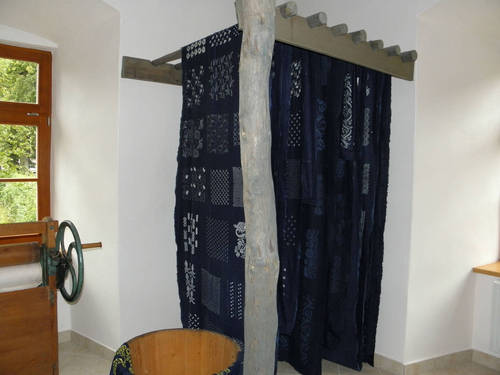 Here I learned that in this area, this painting craft devoted many artisans were devoted to, created professional guilds that were secured by contracts. These contracts resemble present employment contracts. Dyeing craft was handed down in families and precise procedure was always a secret because it was hard to commence it and it was often based on trial and error method. The basis of the workshop were big vats and mangles a lot of different printers the sample forms.

Description of production could be briefly described as a wax batik dyeing of Easter eggs with wax when the wax-covered areas remain white and the rest is dyed to the desired color. 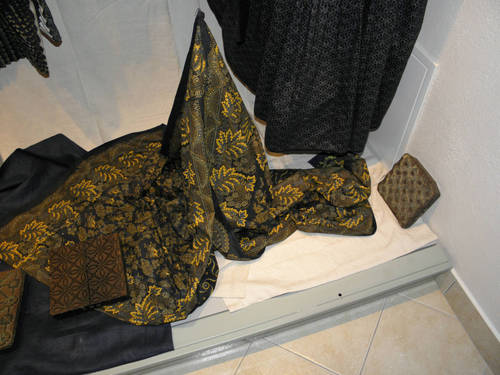 Of course, little specialized lecture already uses the word indigo = natural dye derived from plants whose color is not blue, but it is becoming blue by simple chemical reaction of oxygenation. The term “reserve” implies a set of chemicals mainly based on kaolin and gum arabic, and this is the part that prevents staining substances and what is applied to form a perfectly laundered, starched and ironed fabric. Old original forms are primarily wooden with engraved pattern, finer shapes were made by metal components. In some cases, a “reserve” is also applied with a sponge or brush over the template. 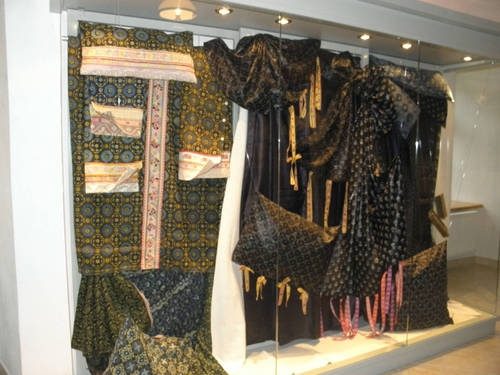 Rise of the blueprint was recorded after the invention of synthetic indigo in the late 19th century. Thus, dyed fabrics have had a variety of uses in clothing - skirts, aprons, scarves, blouses, as well as tablecloths, pillows, bed linen and curtains and other home furnishing fabrics . 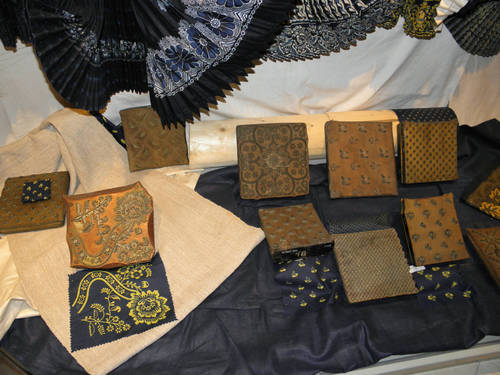 To conlude we can only say that such a small town like Liptovsky Hradek , with less than 8,000 inhabitants has very lot to offer to visitors and tourists.. And I've barely even mentioned the nearby castle, the famous arboretum and churches ...

SK, Kalameny – A Village of Natural Riches and Tourist Attractions

Published: 4.10.2015
Liptov region hides many attractive localities to visit. Should you be fans of skiing or hikes then there are beautiful mountains for you. Water enthusiasts can have fun at water-parks. On the other hand, history enthusiasts can go and see places such as Liptovsky Mikulas, Ruzomberok etc.