Up to six trails go up the summit of theChocske Hills. The summit is as high as 1611 meters. It is massive and consists of limestone and dolomite. We set of to climb it at Ruzomberok. First we were headed to Likavka village starting at the train station. Church of St Jiri was the first sight we admired on our route. In the distance we recognized Likava castle. We noted two tourist direction boards which pointed to our destination. The blue tourist trail goes to Pod Smrkovem and Spustiak saddle. The red tourist trail goes to Predni Choc and a castle. What do you think we chose eventually? The castle, obviously! 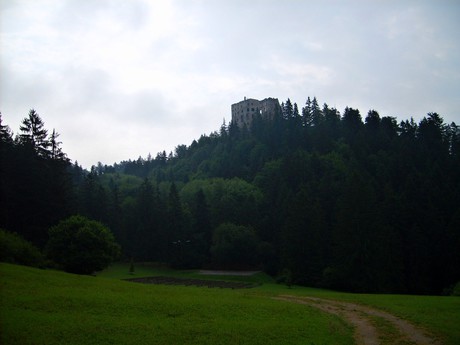 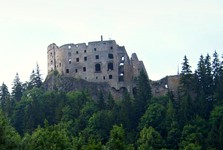 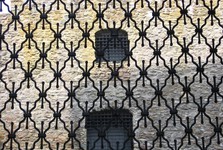 Half an hour later we reach the ruins of Likava castle. Once it guarded a route between Povazi and Orava. It was founded around 1315. Decades later it became a center of royal dominion. 22 villages and towns belonged under this dominion, including Ruzomberok. The castle, original in Gothic style, got a Renaissance facelift in 1533. Later it was even fortified. Still troops which would invade the area would damage it. The castle gate was closed while we arrived at the place. Having enough time and permit by the castle’s administrator we would see the yard, Hunyady bastion that holds a exhibition on the history of the castle. By the way, the castle is administered byLiptovske Museum . 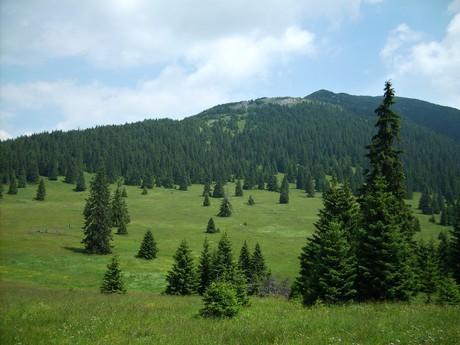 We reached Predni Choc (1 249 m) through pretty steep terrain covered with forest. It is here where the area of Choc National Reserve begins. It consists of Predni Choc, Maly Choc, Stredni Choc, Zadni Choc, Sokol, Soliska etc. The reserve was founded in 1982. There are protected botanic and zoological species, as well as unique geological and geomorphological landmarks. We descended to Spustiak saddle (1 095 m). We joined a blue tourist trail there. It goes to Stredni Polana (1 295 m). Once again directions change here for the last, steep climb to Velky Choc begins there. It goes along a green tourist trail. 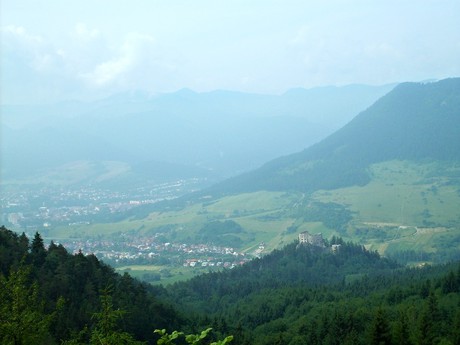 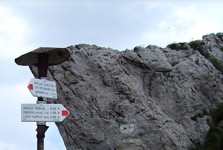 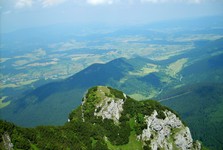 We reached the rocky summit after 4,5 hours. Mountain pines grow there and there are many rocks. Beautiful 360 panorama opened to our view the north of Slovakia. We could see the Zapadni Tatras, Nizke Tatra Tatry, Malou a Velkou Fatru i Oravskou Maguru. 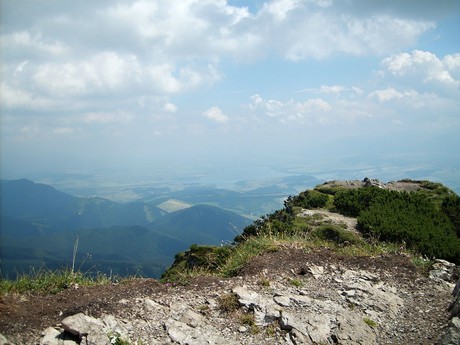 Velky Choc is accessible via six routes, as we mention in the beginning of the article. Therefore, we could chose from villages where we would conclude our descend from the summit. We could either go back to Likavka or follow the red trail instead. It ran to Jasenova or Lucky. Another option was to walk along a green trail to Vysny Kubin or a blue trail to Valasska Dubova.

We chose the shortest option. The route went to Valasska Dubova. We walked along green trail back to Stredni Polana. We joined a blue trail there. Two hours later we reached a village between Liptov and Orava. The village is known for its past involving bandits because one of the sights here is a former inn where they captured Juraj Janosik. There are many such places in Slovakia. Tired of exploring village’s mysteries we turned towards a Bus stop. There we took a bus to Ruzomberok. 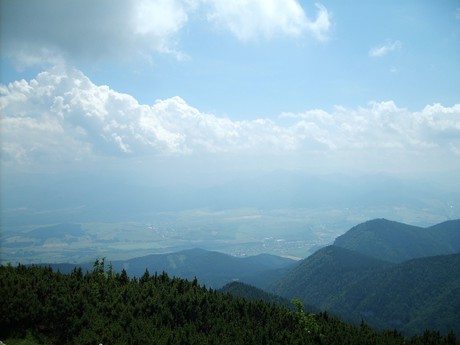 Velky Choc is one of the most popular and the most frequented summits in Slovakia. Often art is inspired by it. You can find it on paintings. In literature, Pavol Orszagh Hviezdoslav celebrated it in his poems. We also wished to celebrate it. It deserves it. If you love mountains this one should certainly be your choice.

Published: 28.3.2018
The West Tatras are very attractive mountain ridge for tourists. These mountains are especially known for trek difficulty. Yet any tour along their ridges, into their klippes or climbs up Rohace's exposed ridge are worth it. However, you may make here an easy tour as well particularly to Preduvratie klippe.

SK: High Tatras – Up to Rysy

Rysy is the most visited mountain of the High Tatras, it enjoys  extraordinary popularity among t...