en.infoglobe.cz » SK, Bešeňová – A Village in Liptov With Close Ties to Water

On the right bank of the river Váh, between the towns Ružomberok (about 10 km) and Liptovský Mikuláš (about 20 km), lies the village of Bešeňová. It is surrounded on one side by a reservoir of the same name, which is part of the Vase Cascade. There is a smaller hydroelectric power plant on this buffer reservoir used for the operation of the Liptovská Mara power plant. This you may see when travelling by train between Bratislava and Košice cities. 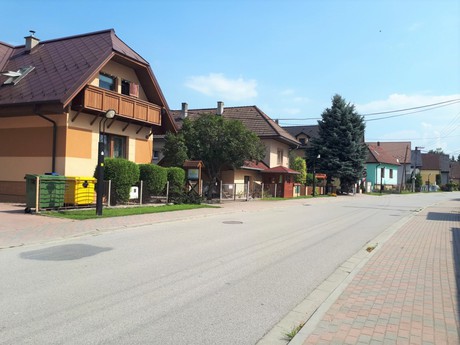 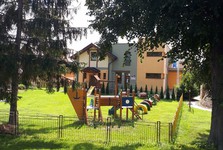 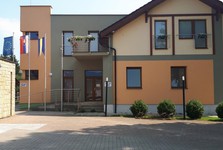 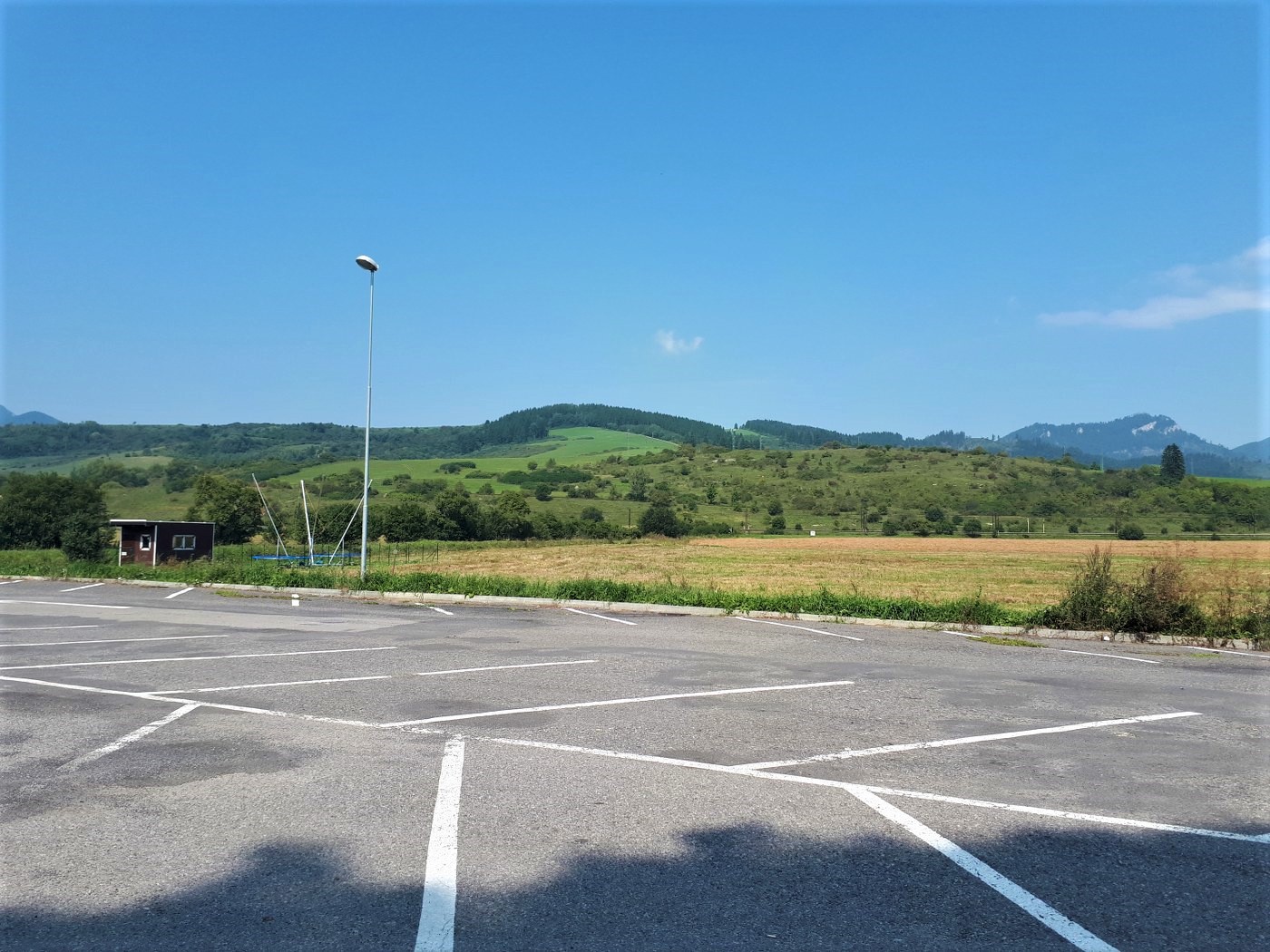 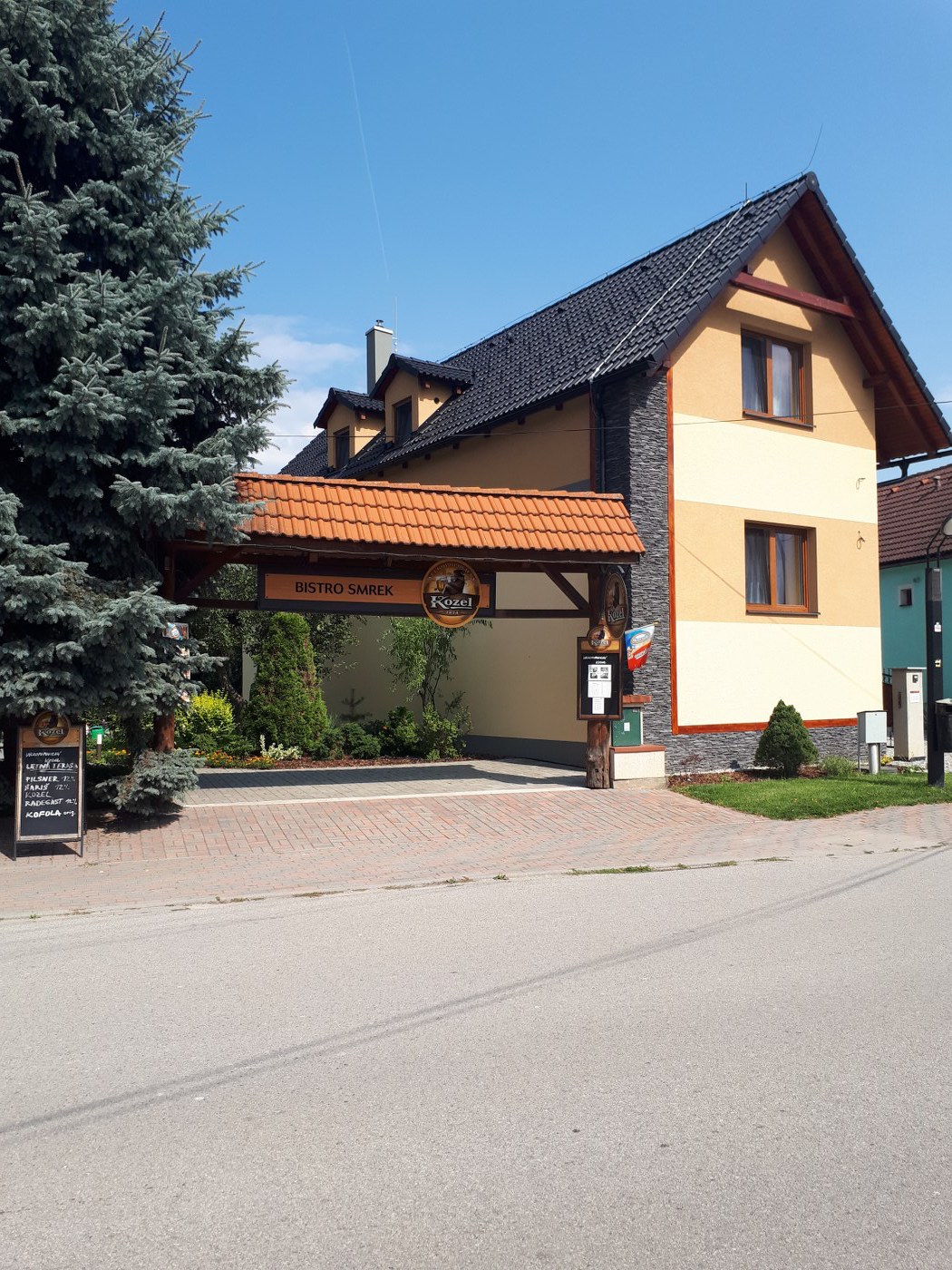 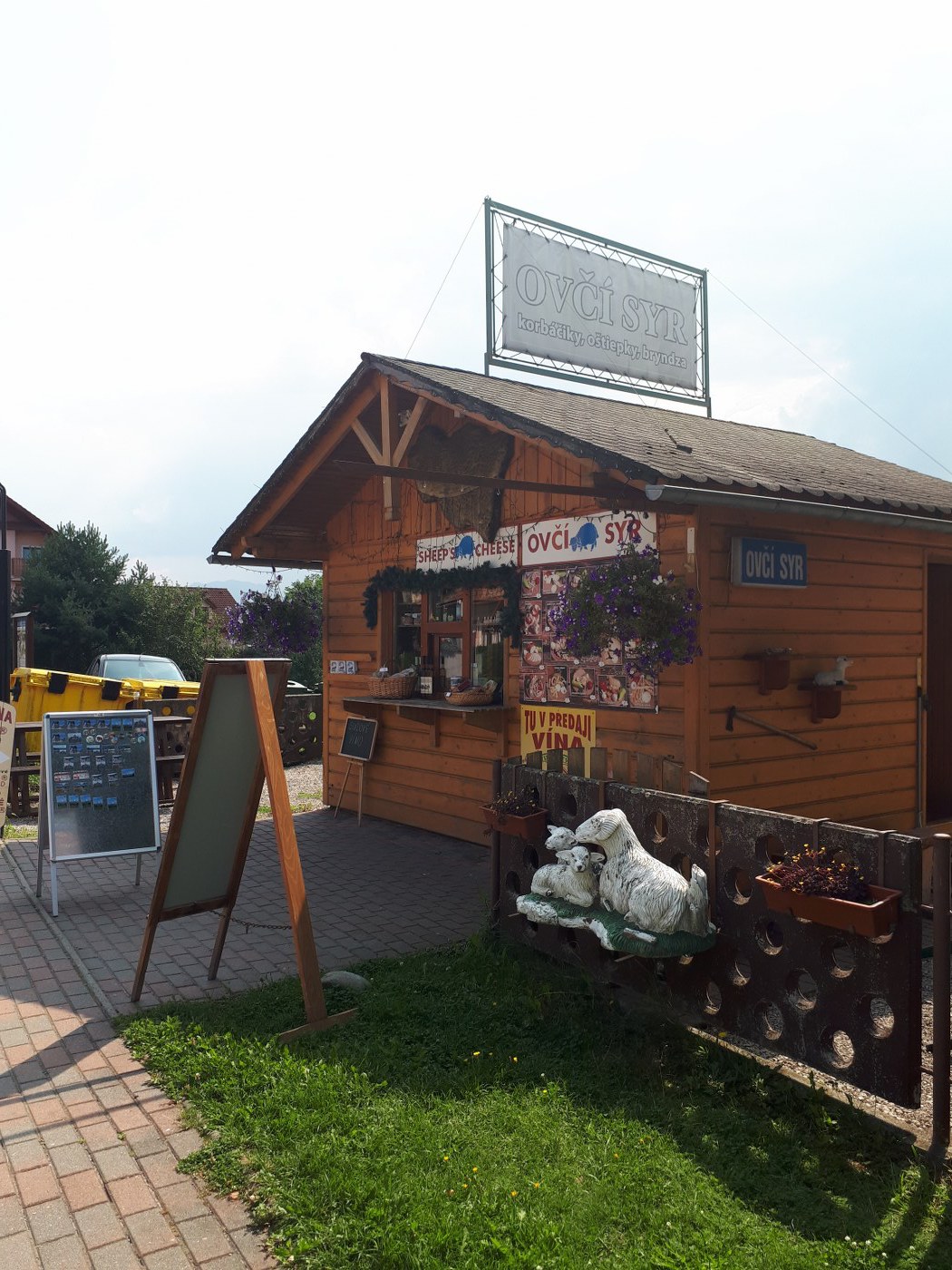 The history of Bešeňová began in the 13th century, but the settlement was recorded long ago. Thanks to archaeological findings, for example, the Lusatian culture was documented. Initially the settlement was called Marcelová, later thanks to the Latin nickname of the then Count Řehoř was named Bissenius - Bešeňov. The small settlement gradually grew, the inhabitants devoted themselves to agriculture, later also rafting or masonry. However, she had to wait a moment for her greatest boom to discover the healing hot water. 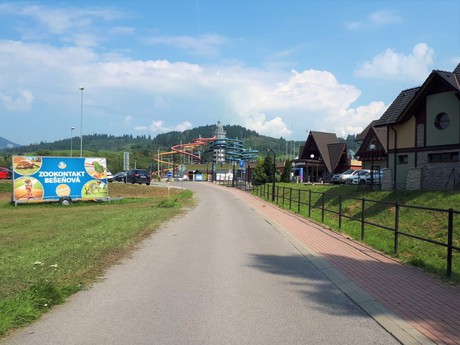 After introducing you a history of this place a bit, we will move on to the landmarks themselves. We recommend you to visit the renaissance chateau of Mitošiny (situated right in the center of the village). The chateau features four corner towers all built in the mid-17th century. The chateau is surrounded by a landscaped park. This historical building was nicely renovated. Moreover, there was supposed to be established the exhibition on the History of Hunting. Unfortunately, this intention was abandoned because of resitution. At the moment, the chateau is owned by a private owner 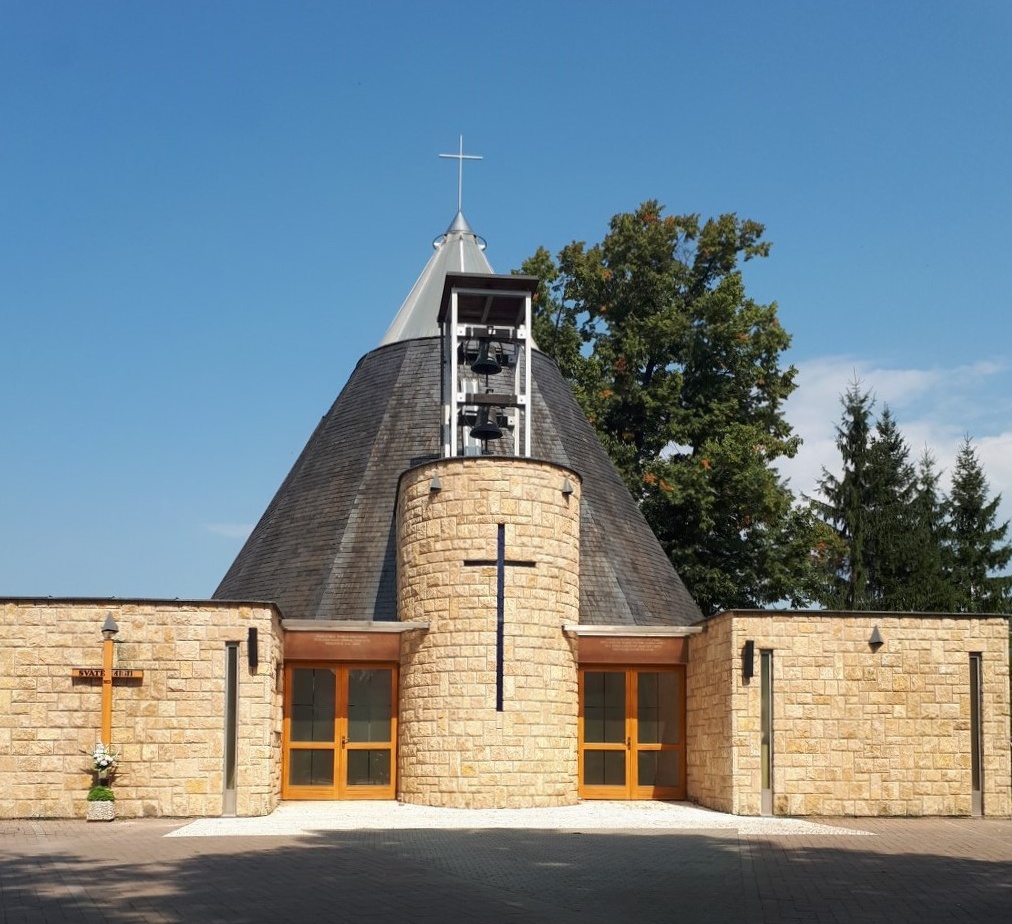 Another interesting object is the modernist Church of the Holy Trinity, built on the foundations of an older church, and the natural monument Bešeňovské Travertíny, which are located above the village by road No. 2213 towards the village of Potok. You will find Red Terraces, a rock garden called Chapel and Travertine Crater. Several mineral springs come to the surface in the locality. 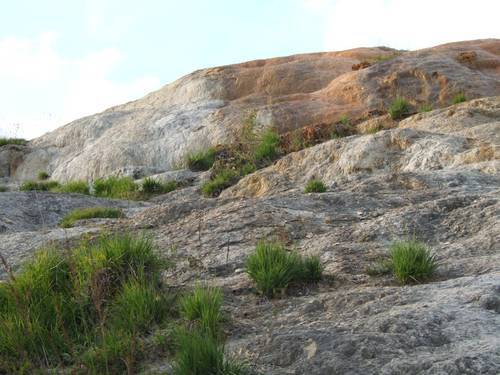 We will stay by the water because the finding of a thermal spring from the early 1980s changed the history of this village. By gradually discovering the hot springs, the foundations for building a natural swimming pool were laid. The first pools were opened to the public as early as 1993, three years later they created thermal water-heated greenhouses for growing tomatoes (they were dismantled in 2012) and since 2006 they have been building a complex water complex thanks to relatively large investments. Over the next few years, both indoor and outdoor water attractions have been increasing in the form of water slides, swimming pool slides or even "sea" waves. Other hotels, a congress center, wellness and relaxation centers, a massage center or a large car park were also created, making the originally small swimming pool one of the largest water parks in Slovakia. Bešeňová is thus called the thermal heart of Liptov. 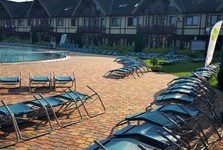 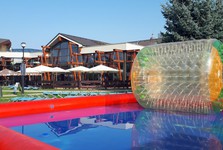 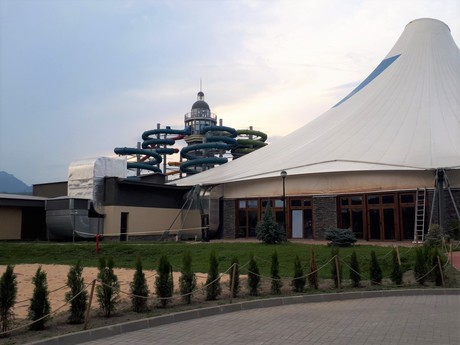 The waterworld is quite extraordinary as well but this is mostly for the water which is beneficial for the muscular system, breathing system, or mental health. Aquapark is open entire year, thanks to this the village offer some accommodation options as private apartments, guest houses as well as hotel resorts. 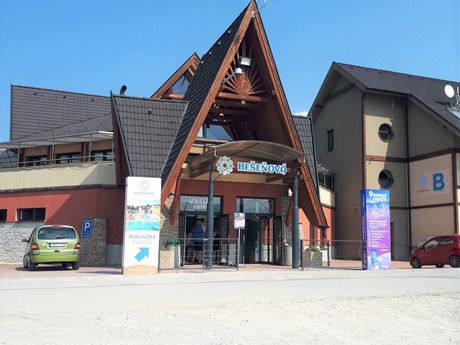 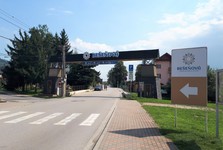 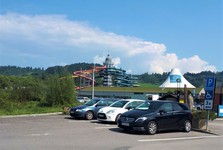 Published: 6.9.2012
In the north of Slovakia in Liptov area there are two picturesque villages surrounded by majestic mountains. One of them is well-known mainly for it’s water park with thermal water and tomatoes bat the dam Liptovska Mara and the other one which is below mountain slopes of Chocske vrchy, known for it’s healing water from the local spa.

Get to know Bešeňová from heaven. Take a look at the tourist attractions from above - an aqua par...