The beach was quite far. For there were huge boulders right in the "mini" center, we couldn't swim in the sea. We stayed there two nights at beautiful cottages. Then we moved to Bang Bao which is a port in the south. We explored the port through and through. The beach is about 2 kilometers from the port but it was much better than the one we were in before. Only I missed fish which I had been really looking forward to. So we departed for yet another island of Koh Wai. It was a good decision. There are amaizing corals in the sea thriving with life. We spent there a week, saw the entire island and even a banana beach. 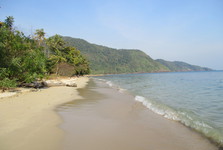 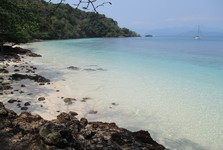 Then we had to leave the place and move on. This time we boarded a speed boat. Our next stop was the town of Trat and then Siam Reap which is in  Cambodia. 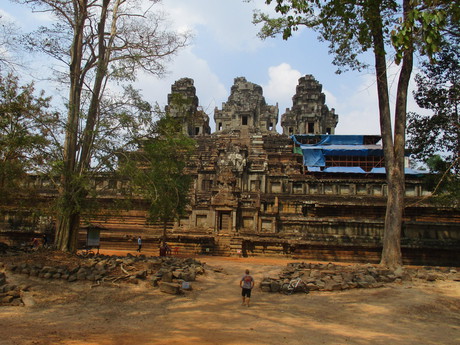 On the following day, we took a tuk-tuk which got us right at the temple compound. We were trully looking forward to it but stands were distracting us all the time. We did some shopping but we were looking forward to seeing other temples at the same time. The first one is perfectly renovated which made it less interesting. Its name is Prasat Kravan. Then we saw Banteay Kdei, much more beautiful and larger. The atmosphere there is amazing, there are many corridors and reliefs. It looks like a fairy tale. Then we moved to the temple of Ta Prohm, also a large temple with many corridors. The best thing awaited us right behind the entrance. Tree roots covered the temple. I had not seen anything like it before. Another temple - Ta Keo - was just under reconstruction. A blue canvas was there. 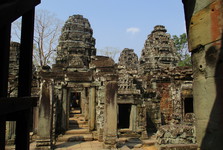 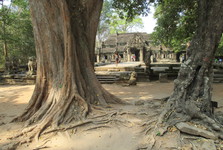 This was far from end because Angkor Thom followed. You must cross a canal to get there. Spirits holding Nagu the seven-headed dragon decorate the canal. In the proximity to the entrance, there is a huge promenade  with beautiful elephant reliefs. Be began our tour left from Bayon temple. I though nothing could surprise me but this one is really charming with its countless smiling Buddha heads. It even surpassed what we had seen prior to that. Then we walked the promenade and reached Baphuon. 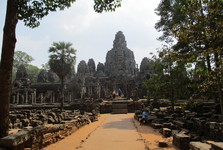 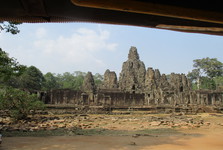 We walked through small forest and walked by Preah Palilay which is in the process of reconstruction. Czech archeologists also have taken their part which made us proud that we are Czech. In the back, we admired the forgotten temple of  Tep Pranam. AT this point, we were leaving Angkor Thom in a tuk-tuk for the noble  Angkor Wat. The sun was about to set so the temple was lit beautifully. 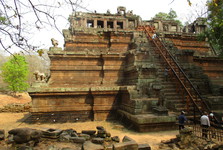 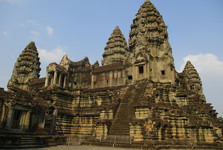 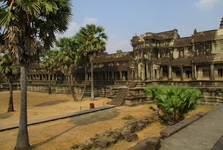 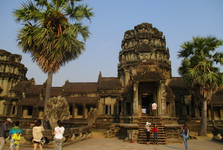 We took a look at the temple of setting sun which stands on a hill – Phnom Bakheng. But there was a huge line which almost stood still. Therefore, we took pictures of the temple only from the outside. 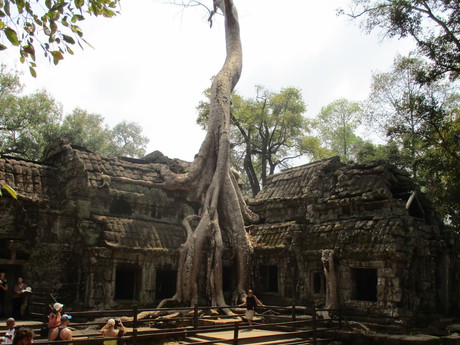 Even though I was never too keen to travel in Asia, I was surprised. I am looking forward to travel there again.