They say one of France´s most beautiful villages is situated here in this departmenet. You can find it about 130 kilometers from Montpellier, the capital of the departmenent and also the object of our article next week.Minerve is simply worth of your time. 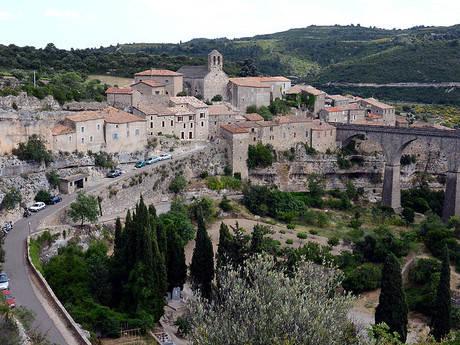 This is one of these villages which preserved their medieval character. It looks more like a fortress than a traditional village. And there indeed was a castle in the past. After the massacre in Béziers in the early 13th century, a group of persecuted Cathars were subsequently burned at stake. 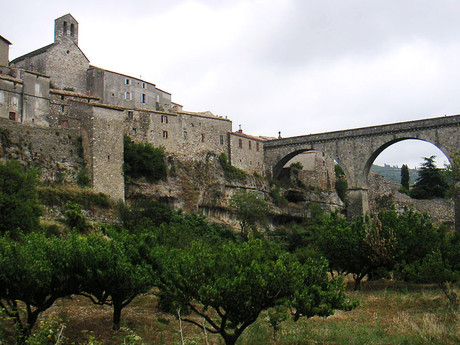 This dark part of village´s history makes a perfect contrast to nice atmosphere in the village of today. Bear in mind, that you can´t drive into the village. You have to park your car on a car park before it. The entrance to the village is situated close to the place of former castle. The only thign left of the castle is a octagonal column. Next to the former castle, there is the church of St Etienn. Its altar dates to the year 456. 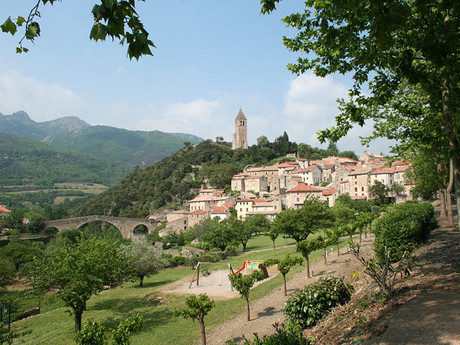 There is also a visitors´ center. The trail which the Cathars went down to the place where they were burned atthe stake goes next to this structure. In addition to that, there are remains of the ramparts or you can see a stone bridge spaning over a gorge. A life-size model of a trebuchet is also worth your attention. This siege weapon was used during the siege of Minerve in the 13th century. 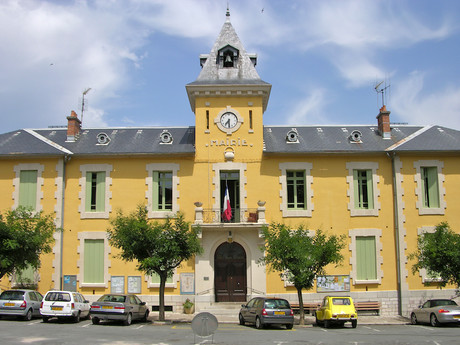 France. It lays on the Jaur River which encloses the village. Bridges are the main landmarks in Olargeues. There is one which has three arches and was built as early as the 12th century. It is called Pont du Diable - the Devil´s bridge. It is said that locals made pacts with the devil on this very bridge.

Remains of ramparts and fortification can be seen in the village as well. Should you be interested what actually happened with the ramparts then we can let you know that the stones were used for the construction of St Lawrence curch  (Saint-Laurent) in the 17th century.

It is pure joy to take a walk through the village. There are many stone houses with interesting facades and decorations. Moreover, there is a folk art museum in the village center and from village´s highest tower which sits on top of the hill you can enjoy splendid views over the landscape.