We planned one more stop before Cajamarca, Yet it was not entirely voluntary stop. While on the road we reached Leymebamba. There we find out that there is a mummy museum just behind the city. We wouldn't like to miss it. For we have more than enough time at our disposal, we pay for the entrance and see the mummies for ourselves. 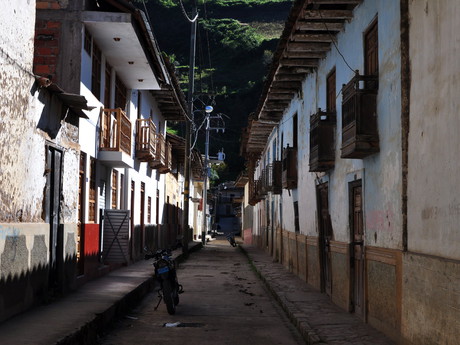 The museum was opened in 2000. In 1996, there are over 200 mummies discovered by the  lake Laguna de los Cóndores. Once this information went public, many traveled to the lake so there was need to act fast. People could destroy these precious artifacts of the past so the mummies were transported to Leymebamba. 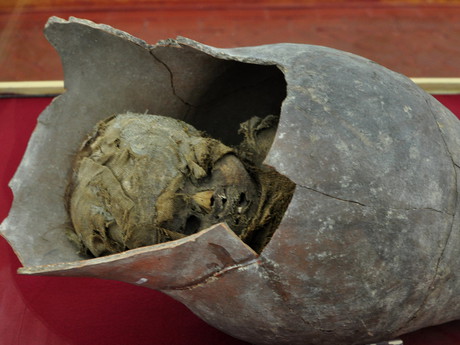 After we are done with the museum, we try hitch a ride to Cajamarca which is shy 300 kilometers away. We think this shouldn't be much of a problem but the opposite is true. We return to Leymebamba's center to find out if there is at least a bus line linking it with Cajamarca. We find out there is only a night bus going there. The nex day bus departs at 8:30. Local vendor tries to sell us a ticket. We tell him we want to ride in the morning. We are not keen on paying in advance for we are not even sure if the bus really departs. We realize that locals are not very friendly and far from helpful. They are showing football on TV. Nobody seems to care to prepare us food or sell us anything. Moreover, we find the last hotel with some free rooms. It was the most expensive one. We doubt that Leymebamba will have a spot on our list of the most favorite places. Right in the morning we become certain of that. At 8 o'clock we are already waiting for the bus. The man who tried to sell us the tickets on the previous day, he asks us: "Do you want to go?" "The bus to Cajamarca departs at 8:30." "But that one is already gone! No other bus departs today," he replies. We can't bear it anymore. To get some precise information is nearly impossible here. 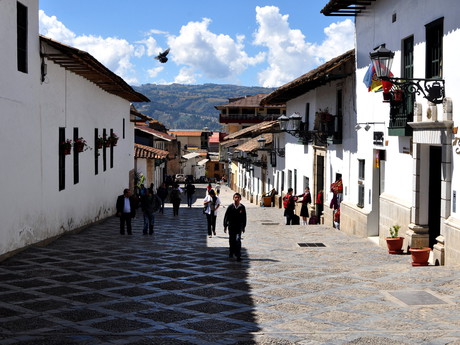 So we buy tickets for a night bus, the thing we should have done yesterday. Next day early in the morning we get to Cajamarca. The first thing we do is trying to find a hotel. We want a shower, a breakfast, and get some sleep. Then we set out to explore beautiful, huge and noisy colonial city. 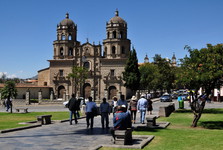 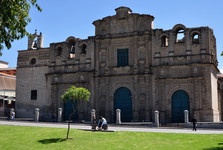 The only preserved Incan structure in the city is El Cuarto del Rescate. Atahualpa was held captive there before his execution. We are given a ticket upon paying the entrance.

The ticket is valid in Iglesia de Belén, Museo Arqueológico an Museo Etnográfico y Museo Médico. We walk through every exhibition and every building, see other mummies and move on. Catedral de Cajamarca is situated on Plaza de Armas, the main square. It designed as cathedral in 1682 in accordance with the royal dclaration of 1665. The declaration ordered the Spanish to establish a parish. Apart from the cathedral, passers-by get amused by local security guard. He runs around and whistles on his whistle at persons who want to relax and sit on the grass. It is landscaped and it is forbidden to even step on it lest rest on it! Iglesia San Francisco church was built partially of stones brought here from Cerro Santa Apolonia mounta in 1699. In the year 1952, catacombs were discovered there. Inside there were the remains of many Franciscan monks as well as many tribe nobles. The Quechuan name for Cerro Santa Apolonia is „Rumi Tiana“ (stone armchair). It is a strategic point from which you get the vista over the entire city. On the top of the mountain, there are two stone armchairs and gardens with some pre-Colombian engravings. On this place, you get beautiful conclusion to a walk through colonial Cajamarca. 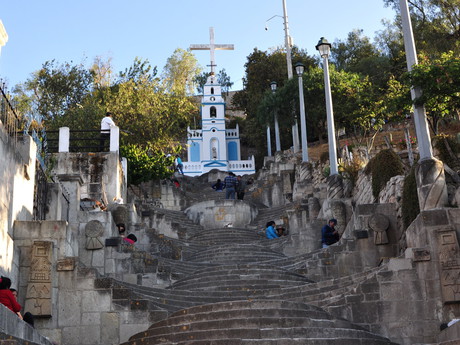 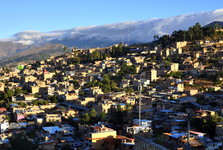 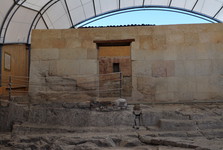