Published: 7.8.2022
At the foot of the Krupinská basin and the boundary of the Štiavnické vrchy, the Krupinská plain and the Danube plain, Dudince stretches out. The ideal location together with stable climatic conditions and unprecedented natural wealth make this town a great place to relax.

The city of Dudince can boast not only one of the largest number of sunny days or the fewest windy days in the year, but also a double superlative. This is because it is one of the youngest and at the same time the oldest spa towns in Slovakia. If you are asking how this is possible, from the point of view of the construction of spa hotels, it ranks among the youngest, but the mineral spring itself helped people two thousand years ago in the so-called Roman Spa. 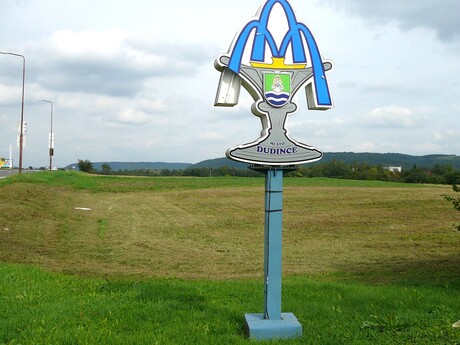 The healing water is certainly the main tourist attraction of the city. The local legend attributes beneficial effects to the Dudinka mineral water thanks to the magical power of the fairytale fairy Dudinka, who brought the son of the Roman duke back to life with this water and left its healing power for generations to come. 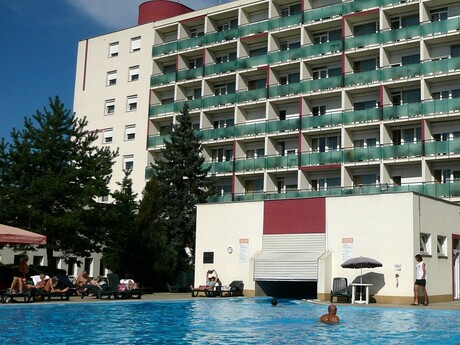 Be that as it may, the town is inextricably linked with water, which is also reflected in the architecture. You will find a wide range of accommodation, whether in the form of treatment houses, hotels or private guesthouses. And since Dudince is one of the smallest towns in Slovakia, most of these facilities are located in the vicinity of the spa park. Among the monuments, we recommend seeing the Evangelical and Roman Catholic churches and, of course, the already mentioned spa area with a landscaped park. 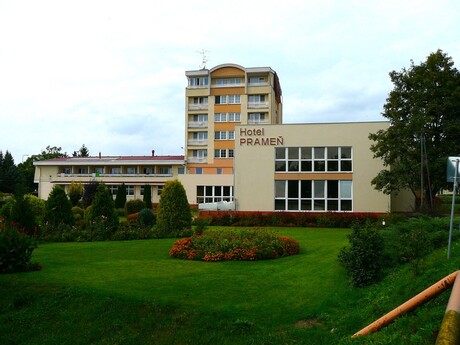 The Dudince spa is one of the world famous spas and is visited by guests from all over the world. The level of service here is traditionally at a high level, and during the season you will experience a rich spa, sports, cultural and relaxation program here. You can also enjoy many delicacies from local pastry shops, cafes and restaurants. 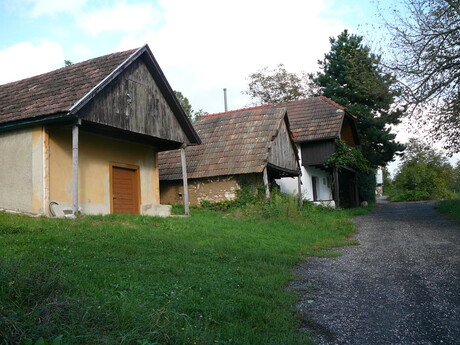 Dudinská mineral water is among the rarest waters in the world. Vajcovka or prdlavka, as the locals call it, is highly mineralized medicinal water with a very high content of calcium, but above all hydrogen sulphide, enabling the treatment of various diseases at the same time. In Europe, you would only find water with a similar composition in the famous Vichy, France. 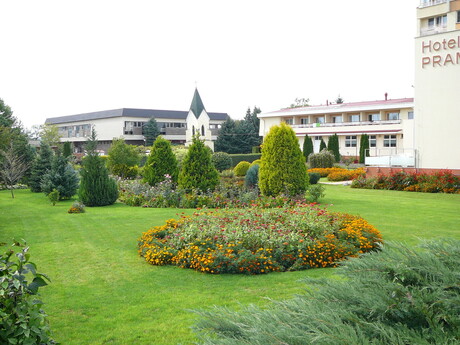 It is this interaction of carbon dioxide and sulfane that is used in the treatment of patients with polymorbidity, i.e. a combination of diseases of the cardiovascular system with diseases of the musculoskeletal system and the nervous system. 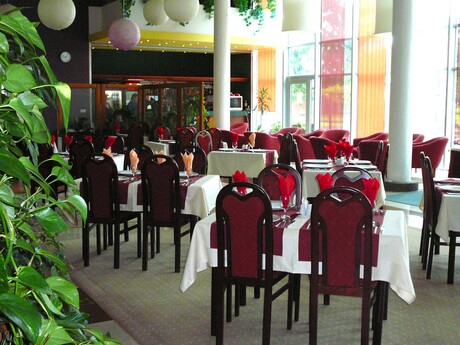 When visiting Dudinci, don't miss a walk in its surroundings, as there are many interesting natural monuments and nature reserves that have educational as well as scientific and research significance. 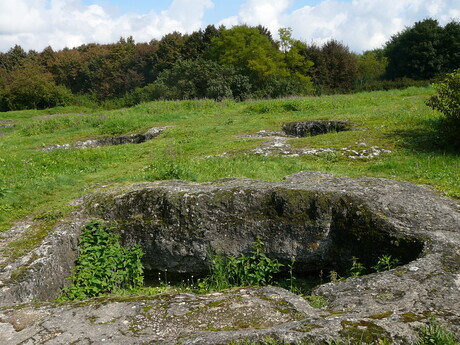 National natural monument - Dudinské travertines are located in the spa park (and in the wider area) on an area with an area of 1.3 ha and were formed by the precipitation of water around mineral springs. Stone pools were carved into part of the travertine, used since Roman times to regenerate the body and mind. In addition to the remarkable rocks, follow the footsteps of healing springs. You will discover Oční pramen (in the past considered a miraculous healing water), Hostečný spring (used to treat rheumatism), Tatarský pramen, Lázeňský pramen (the largest Travertine terrace (originally terraced travertines on the banks of the Štiavnica) and Šípková Ruženka (an asymmetrical travertine mound named after roses that grew around the spring). 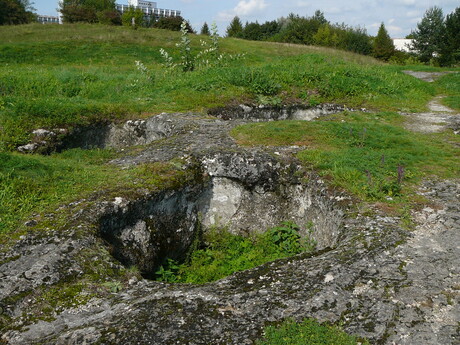 Dudince is one of the quietest environments with lots of greenery and, in addition to healing water, they also offer experiential natural wine bars where you can relax and admire the beautiful surroundings. 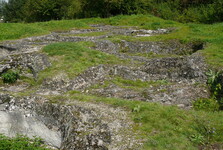 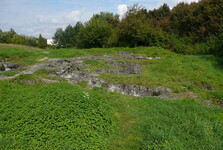