An ideal place for an easy walk might be renovated and preserved ruin of Levicky Castle . You can find it in the northwest part of Levice, the Region of Nitra.

Old Witness of the Past – Levicky Castle

For it s lowland type of castle in order to see it you do not have to undergo any hard climbs or overcome hard terrain. The castle was built towards the end of the 13th century on a former volcano hill surrounded by marshlands along the Hron. It used to be a stronghold that had to guard access route to central Slovakian mine towns. Its greatest fame was during the Turkish wars when the Turks seized an area south of Levice. Despite it was captured in 1663, a year later Levicky castle defended itself from the Turks. This helped to stop the Turks from capturing central Slovakia. This battle is known to history as the "Great Battle of Levice ". In this battle, famous Hungarian hero, Stefan Kohary, died. Since 1709, when the castle was partially demolished by Rakoczi troops during the battle with royal army, the castle had started to decay. For some time the Eszterházy’s owned it. In the 18th century they used it to storage goods. Gradually, the castle became ruins. 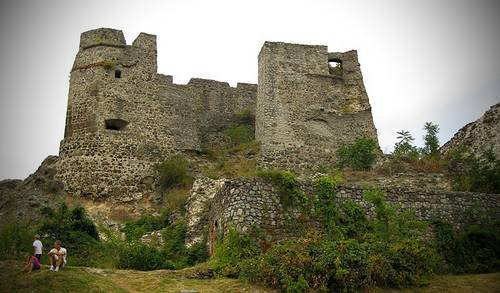 Until the present, the glorious history of Levicky castle is remembered not only by beautiful ruins of its Gothic palace, but also significantly younger two storey Renaissance building of the lower castle known as Doboovsky chateau . It originates in the 16th century and is named after chief of Tekova, (Stefan Doboo). He was known for his fights in the Turkish wars. Along with captain's house and the western bastion it is one of the best preserved parts of the castle. Since 1958 they host the Tekovsk Museum . This regional history museum has a rich collection with more than 100,000 exhibits. The integral part of the museum is a concert hall, gallery of Josef Nécsey, or even unusual amphitheater located in the southwest bastion. 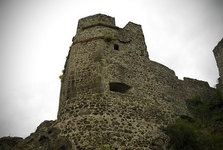 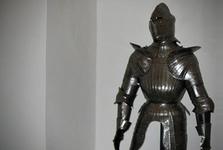 This museum has also two outdoor exhibition, the Bohunice Water Mill and the rock dwelling in Brhlovice. More to read about the latter is HERE. 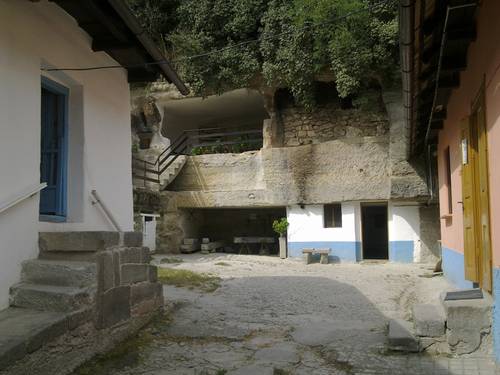 So, do not hesitate and set off for a hike with your family. Certainly, you will have a wonderful time that you, you parents, your children will long remember. 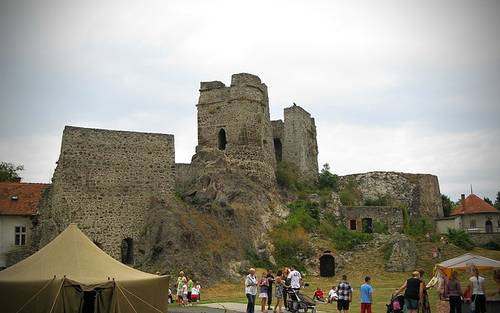