On one sunny morning, we decided to take a small trip. We didn’t want to see any town nor just wander in the nature. Therefore, we decided to choose a castle as the destination set in the Middle-Moravian Carpathian Mountains , or more concretely in the Chriby. The castle is Buchlov. Its history dates back to the first half of the 13th century. 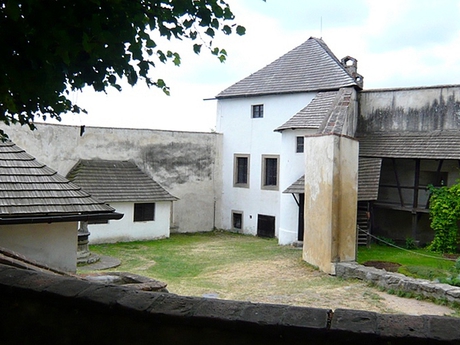 We studied history on our way to the castle. Buchlov was founded by the Czech King to be strategic stronghold and also the center for the law of the hunting game. Due to its great condition we know that the oldest castle parts were defense towers, great hall, palace, and a chapel. Also, we found interesting that the chapel was inspired by St. Chapelle, Paris. We remembered our visit to this French metropolis. 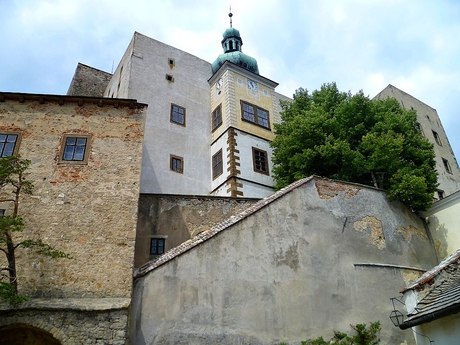 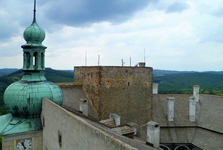 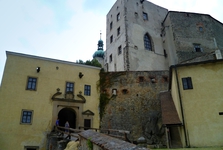 From the book on history of medieval architecture, we learned that Buchlov had been the royal property since the 16th century yet it was rented to aristocracy often. Due to this the building was often renovated. Results were, for instance, beautiful late-Gothic knights’ hall. The Moravian noble families owned the castle between the 16th and 18th centuries. The House of Zastrizl left there the greatest influence – the castle was renovated in the spirit of Renaissance. Its last owners, the Berchtolds of Uhercice, owned the castle until 1945. We were impressed that public museum had been opened since the half of the 19th century. After 1945, the castle became property of the Czechoslovakian state which declared it a national culture landmark. Today, the castle is administered by NPU Prague, ÚOP in Kromeriz and SH Buchlov. 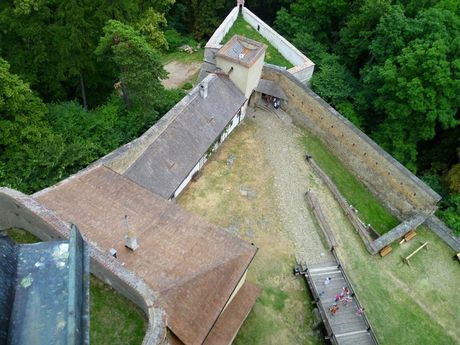 All of a sudden, we found ourselves at the castle gates. We chose a combined tour (visit to the armory, library, guardhouse, and some rooms, and chapel of St Barbora 15 minutes of walk from the castle. It was built in 1672 on the top of Modla hill. The place is the family tomb of the House of Petrvald and Berchtold. We were most impressed by the 35 meter observation tower offering panoramic vista to the Chriby, Dolnomoravsky Uval, or the mount of Hostyn. There is important Marian sanctuary on that mountain. We could even see Palava or a part of Vienna. But we wouldn’t bet our arms on it. 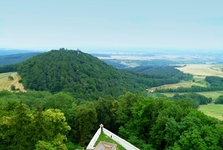 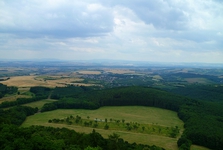 At the time of our visit at the castle, there was a themed exhibition, and we had learned various events take place there during the year. The most popular are: Easters at the castle, Haunted castle, pilgrimage to the St Barbora chapel, night tours, or Na Stepana na Buchlove Otevrena Brana that takes place towards the end of the year. 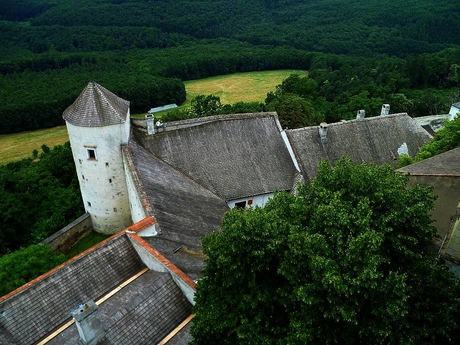 The visit to Buchlov castle was very pleasant, informing, and full of beautiful experiences. You shouldn’t miss it. If you are hesitating where to spend a one day trip – Buchlov is the choice.

Published: 16.6.2013
Today we visit one of the largest castles in Moravia. Its glorious history begins at the beginning of the 13th century. How the life at the castle which successfully defended against Swedish siege in the Thirty Years’ war?