Right upon our arrival, we were enchanted by beautiful nature of valley, a river, or local mountains. The guide book told us there are couple of important natural museums around. One could see there, for instance, local orchids or other endangered species. 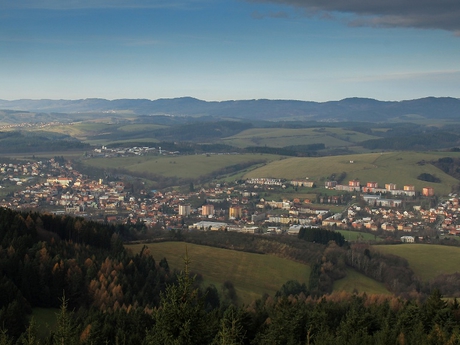 We went around. We took a walk in the town the name of which originates from a word referring to a special kind of “klobouk” (hat). This hat was used by nobility from Broumov to mark their favorite spring which was in the area of the present town. Anyway, the town is truly beautiful. In the 14th and 15th centuries, it was granted some privileges which helped the town flourish. Yet in 1896, a fire broke out and consumed more than half of the town. Many contemporary wooden houses burned down. However, some have been preserved until the present. Near the square one can see three wooden houses which are typical examples of past way of life. After the year 1960, Klouboky joined with other seven towns yet in the 1990s the process was reversed. Four of them became independent on Klobouky. 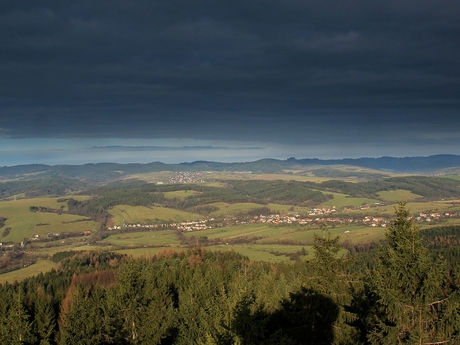 The most important of landmarks in the town is church of the Holy Cross Ascension. It has a rare Gothic core, Renaissance tower, and baroque interior. The new saw the Old town hall, currently there is a museum. Also we have seen a Marian Column or a Renaissance pillory. Valašské Klobouky boast with buildings designed by famous architects Bohuslav Fuchs or Huber Gessner. Locals recommended us to visit Nicholas Market which lures in thousands of visitors every year. Since it is still long before Nicholas’ day we set off to see the town center and nature around. 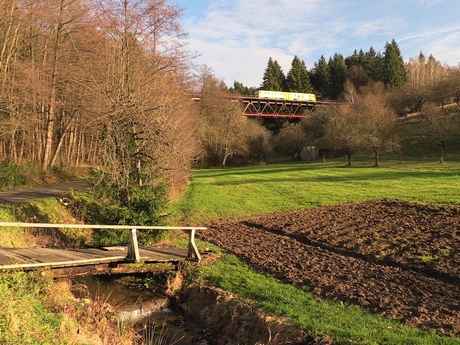 Valasské Klobouky are well-known for its ski resorts. However, spring and summer tourism also flourish there. Its setting is ideal for hikes on the northern ridges of the White Carpathian mountains . We chose a trail leading up to Kralovec, 7 km long. We walked from a train station across a viaduct, ponds, springs, fruit gardens up to the observation tower. By the way, even red marked tourists trail leads there. 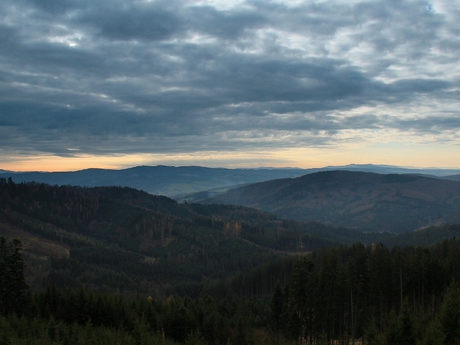 The observation tower on Kralovec (or in slang “on Finis) offers an observation platform at 18 meters. Yet to get up we had to climb 79 steps. We can tell you that it was quite a climb, and for some of us the height was really something as well. On the top, we could see the town of Valasske Klobouky, Vizovicke Hills, protected area of White Carpathians, or the region of Valassko or theJavorniky. The building is 21,5 meters high. It proudly stand on the hill of Kralovec (655 m). Very similar tower is to be found on Tlusta Mt. above Dohnany, Slovakia. 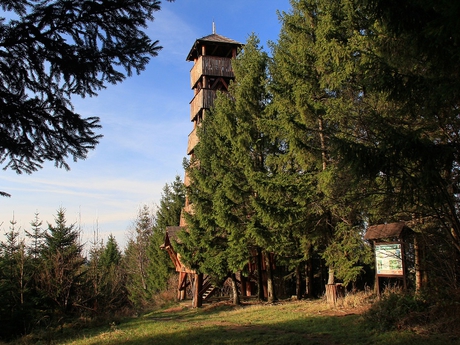 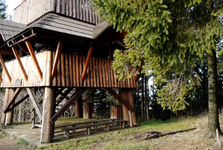 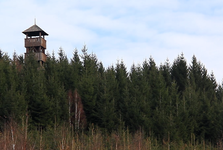 The history of Valasske Klobouky is also tied to the history of Slovakia. Slovakian writer, poet, and publisher Ladislav Mnacko was born there. He became famous for his novel Smrt se jmenuje Englchen. Except him, the town has a close relationship with Slovakian town of Pruske. Therefore, we were not surprised that we felt there like at home. We were enchanted by the town and we will definitely return there at some point in the future.

Published: 23.1.2008
The town of Hodonín is situated along Morava-river, approx. 50 kms distant in southeastern direction of Brno. In this town, on a border between Moravia and Slovakia, live nearly 30000 inhabitants. The town was founded probably in 11th century by Břetislav I., and oi its further development shared the wife of Přemysl Ottakar II, Queen Constancia.