The way itself there is impressing. Gigantic cooling towers, a fence with boards forbidding to entry, no-fly zone above the area. This all we could see right when we got to this place. As it was an ordinary day, we couldn’t enter the nuclear power plant form inside. Basically, you can get inside only on the open doors day . We decided to climb a hill opposite to the power plant. Despite grass and bushes were pretty tall, we managed to get to the top. Then we enjoyed fabulous vista of the work of art feeding many companies and households with electricity.

Upon taking first picutres of the area, we sat for a while and read in-advance printed documents about this colossus of energy production. At first, we learned that the construction of Mochovce nuclear power plant began in 1981. The power plant consists of four blocks with pressurized water reactors VVER 440/V-213. We didn’t understand much of it but we continued on in reading. The first block started producing energy in summer 1998, the second in the end of the year 1999. Both blocks were adjusted in 2008. Their capacity increased from 440 to 470 megawatts. Halted construction of the third and the fourth blocks has been resumed in 2008. Completion has been postponed ever since. 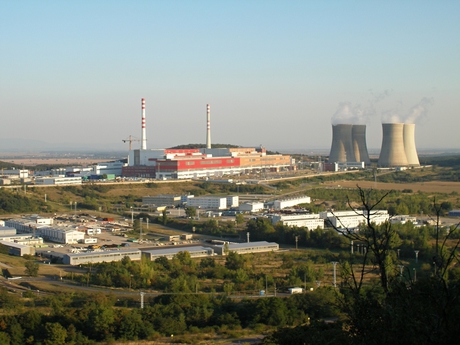 After this academic introduction, we went on to read about interesting facts. The Mochovce plant produces 3 000 giga Watt hours a year, 11 % of Slovak national consumption. Next we read that no gas emissions are let to the atmosphere, thanks to this Slovakia has lower CO2 emissions of 15 million tons a year. We had also learned, the nuclear blocks are modern and fulfill the most demanding international security standards. In the future, there should be only a grass field in 2100. The last argument made us smile. 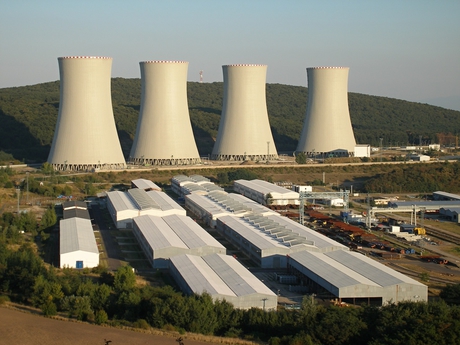 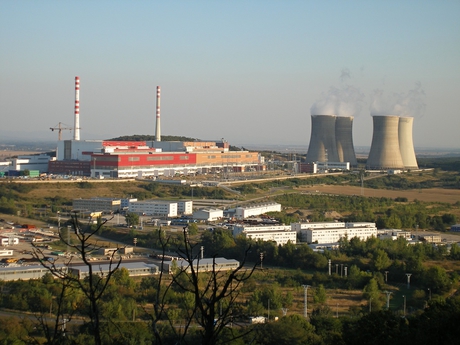 Upon visiting chateaus, castles, or natural sights, this one was a pleasant change to our regular type of destinations. Even these buildings will be once museums. We have to only hope that not of Chernobyl. When we were leaving the area we were discussing if a nuclear power plant was a good choice for people and natural environment yet we didn’t make a conclusion. It is upon each individual to make.

Should you like to try some unusual trip we can only recommend you to visit the surroundings of the nuclear power plant.