en.infoglobe.cz » Southern Slovakia: Komárno - border town on the bank of the Danube I.

In the eastern tip of Žitný (Rye) Island, near the confluence of the Danube and Vah, lies the town of Komarno, known only because of its rich history, many historical buildings, sculptures or monuments, but also because of ease and calm that the city exudes the visitor directly. Perhaps the only drawback as might seem to some the fact that Hungarian is there to hear more than Slovak language. Even most of the inscriptions, whether in stores, advertising banners or menus in restaurants, is written in two languages​​ or even only Hungarian. Hungarians and Slovaks here, however, live in peace and tranquility, so after a short time you will feel certainly at home too. On the left bank of the Danube lies Slovak city of Komarno and on the right, just a stone's throw away, is the same Hungarian city. Home colloquial Hungarian therefore used to indicate the name of the Northern Great Slovak Komárom Komarno, Komarno or North. Both cities are connected by bridges - rail and road one. 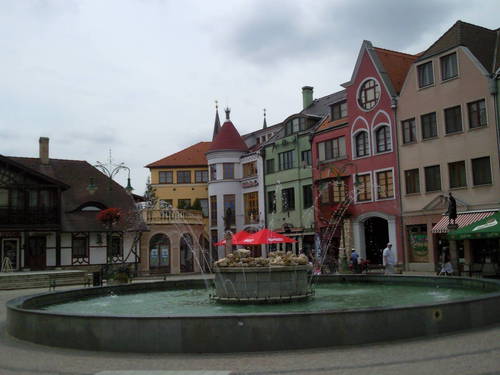 The jump in history

Komárno has a very good strategic position, but the settlement of the left bank of the Danube was not so simple. Frequent floods, variations in the height of water in the bed of the Danube river bank or unstable, these are just some of the obstacles that had people living in this region in the past to overcome. Archaeological findings show continuous habitation since the Bronze Age. The Celts lived here, close by the Romans later, during the migration time then people here stayed Avars. After the collapse of the Avar´s empire, Moravian- Slovak tribes tried to conquer the Franks unoccupied Avar territory. At the end of the 9th century come into the Carpathian Basin, which they gradually managed to dominate, the Hungarian tribes.The first written mention of the settlements located in today´s area of Komárno comes from the 1037. Then the king Stefan gave ferry and fairground mining settlements to the monastery Bakonybéli. One of the most important historical documents was charter of King Béla IV., from 1265, which granted the city rights Komárno. The privilege of free royal town awarded to city Maria Theresa. It happened in 1745. At that time it was the fifth largest city in Hungary. In 1763 to the town came a devastating natural disaster. Strong earthquake victim fell nearly 300 homes and nearly 800 others were damaged. Since then, the earth shook this area many times, but fortunately disastrous scenario, never repeat. After the collapse of Austria-Hungary and Czechoslovakia split of the state border on the Danube not only historical Komárno county, but also the city Komarno. It was still for couple of years the Vienna Arbitration in 1938 joined with right bank´s Komárno. During the Second World War the city was bombed many times since 1945 and was again the Left Bank border town of Komarno Czechoslovakia. To the economic growth of the city has contributed the newly built shipyards, as well as the dynamic development of industry and especially agriculture. 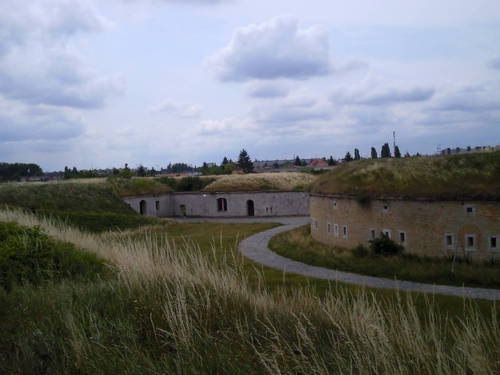 In Komárno today you can admire many historic buildings, statues, memorials, and the largest, best preserved and most important fortress complex of the Slovak Republic, or the courtyard of Europe, which symbolizes the solidarity of the peoples of our continent. Where you should go when walking in Komarno, you can read in next part.