en.infoglobe.cz » SR: Nové Zámky - A City That is Worth To Visit 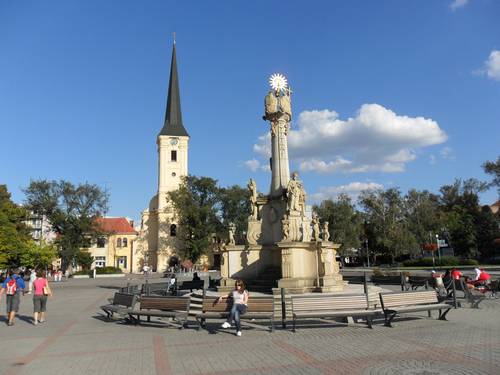 History of Nové Zámky started to be written in the Middle Ages, where the originally four medieval villages Nyárhíd, Gug, Györök and Lék gradually connected to the city. But it was preceded by the construction of forts on the left bank of the river Nitra. It was a simple palisade fortress castle with four bastions. In the second phase, this fort was fortified and named as Castrum Novum (New Castle). Later, the second fort was built, this time on the right bank of the Nitra River swamp. Unlike the first strength carried in the modern spirit of the Renaissance military designed to defend against the Turks. New locks were at the time considered the best strength of the Habsburg monarchy. The fortress resisted the various military expeditions until the arrival of the Ottomans. They settled there for long 22 years, during which the city suffered greatly and was under constant oppression. When imperial troops managed to drive out the Ottomans, and thus liberate the city. Tensile its 150-year history of strategic finished writing during the 18th century, when it was demolished in command of King Charles III. This resulted in a new direction for the city. To the fore received economic development, trade and crafts. 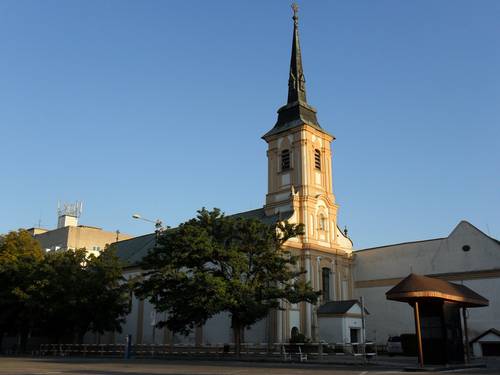 City of Nové Zámky had many precious cultural and historical monuments, but during the Second World War, this area became the most bombed place in the Slovak Republic, and most of the monuments were destroyed was, but still, even today, the city has much to offer visitors. One of these monuments is a monument Anton Bernolák, who was local dean, Slovak writer, linguist and especially the first corrector of Slovak literary language. Reverent place he became Trinity Chapel in the former stone oldest cemetery in the city park on the current Bernolák Square. Other important architectural monuments are Franciscan Monastery and the Roman Catholic Church of Exaltation of the Holy Cross with a remarkable cross-section of history. New locks have also its Baroque Calvary, and the sculpture of the Holy Trinity, which recalls the great plague of 1740. In addition to these sites, there is also an orthodox synagogue, which in 1992 underwent extensive renovations, and also was declared a cultural monument. On the outer wall of the synagogue's Holocaust is memorial board.

New locks are known for their sports and recreational pursuits. In the local sports hall millennium to come mainly residents enjoy handball, but also volleyball, indoor soccer, and concerts and balls. The former city was built Relax spa complex, which offers visitors except for the swimming competition, public swimming and fitness centre and sauna. Ice rink since the summer welcomes hockey players and figure skaters, and for those who like hot water, there is a thermal pool. Furthermore, in the city there are tennis courts and airports, for whose formation was legendary entrepreneur Tomas Bata - flying enthusiast. Throughout the city are modern and large playgrounds for children that do not have analogues in the Slovak Republic.

City of Nové Zámky is definitely worth a visit, both for its history, monuments and a rich range of sporting activities. Families with children will find literally paradise in the form of newly built playgrounds. Nature lovers can enjoy a walk water cascades Zúgov and forest park of Berek on the northeastern edge of the city and for everyone else, it's ready pleasant atmosphere with even more friendly people.