At the time of our arrival at Nitra, we took a stroll in the pedestrian area after we unpacked our things. This stroll was not a sightseeing tour as much as search for some restaurant. You wouldn’t believe how hungry one can get. We had many options to choose from – there are truly many restaurants, cafes and the likes. We chose an underground pub where we ordered some food. One portion was so large that it would be enough for two. As we later learned, Nitra is very generous as goes for food. Good prices allow one overeat. After ample of feast we headed towards the hotel. 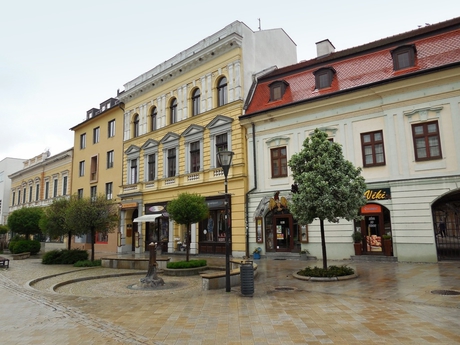 On the other day, we had a breakfast in the style of Swedish tables. After, we finally took a stroll in the city which is the center of economy, culture, religion, sport, and once even beer. We have known Nitra mostly as grounds for international exhibition Agrokomplex, a proto jsme ji jako správní vlastenci chtěli poznat víc. 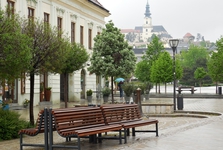 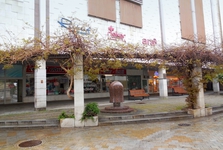 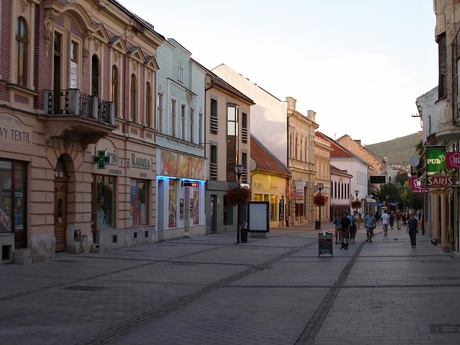 We hadn’t left the hotel yet and we had already seen one exceptional building, even though it was bit worn. It is an Art Noveau building where Nitra’s oldest bank used to be. The building was situated on the then promenade where only the most noble houses were built. When we were walking down the street we witnessed large contrast. On one side, we saw unique sights. On the other side, there were ugly “socialistic” buildings looking like panel houses. Everything was on one place. Yet one could only admire how the municipality tries to renovate and uplift this area. 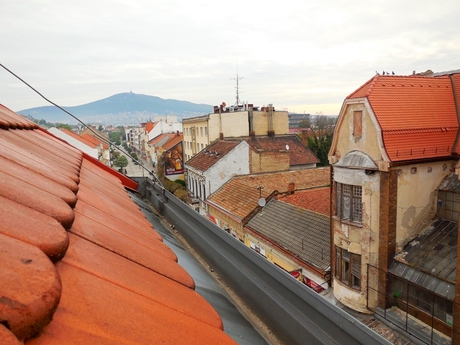 The pedestrian zone was declared as recently as 1996. Except for new pavement, benches, and trees and flowers, ne works of art according to the traditions of Great Moravia were installed there. 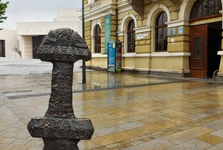 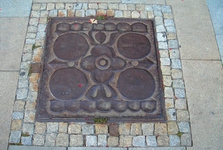 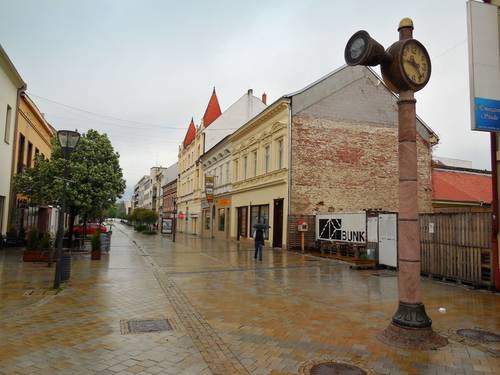 Perhaps the most apt work is the sword - a symbol of peace - sticked to the building of the Podnitranske Museum. This enlarged copy of the bronze sword originates in the collection of items from a prince’s grave dating to 9th century. Interesting were also fountains or just regular sewer lids the shape of which found its inspiration in the findings from the era of the Great Moravia. Five-meter music clocks are also attractive sight. During the day, various melodies played. Another sight is a fountain with drinking water on the corner. Except for water it offers spiritual experience when reading a poem carved in a stone table above it – it is part from poem Pribina by Ivan Krasko. All around, there were symbols of three rods of Svatopluk. We could go on and on in describing what you can find in the city. 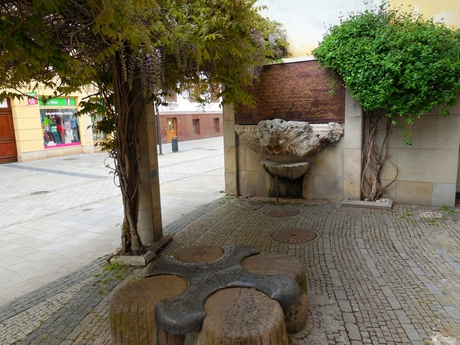 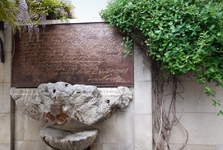 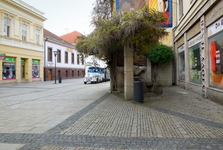 In one street n the city center, we discovered a precious sight of Nitra. It was a synagogue which is synagogu, zapsanou do Slovakian major cultural sight. It was built in the years 1910-11 by design of Leopold Baumhorn who designed it in Moor-Byzantine style. The building is an example of eclectic sacral edifice that imitates Byzantine and oriental architecture. It has operated as an exhibition hall and a concert hall since 2003. As it is open only on certain days, we could explore it from the inside. So we had to go on. 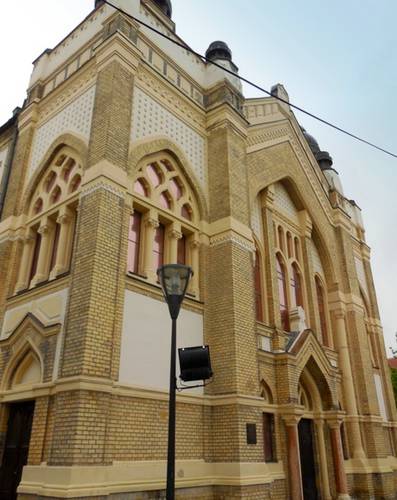 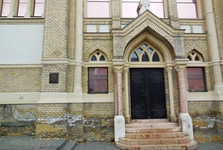 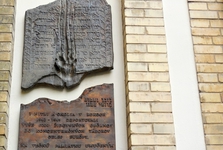 Another stop was the Podnitranske Museum. We will give it more space next week.