We encountered St Constantin and Metodej sculpture when walking down the castle stairs. An inscriptions revealed the statue was put there recently and commemorates the importance of the Thessaloniki brothers. 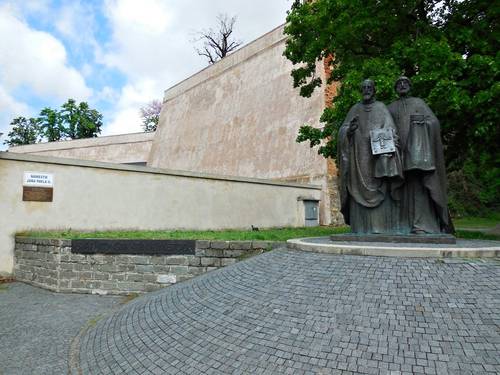 Suddenly we were at Zupni House. There we entered Farska Street to Na Vrsku locality only meters awayfrom Svatopluk square which we have already seen on our way to the castle. This locality set on a hill is St Michael chapel . 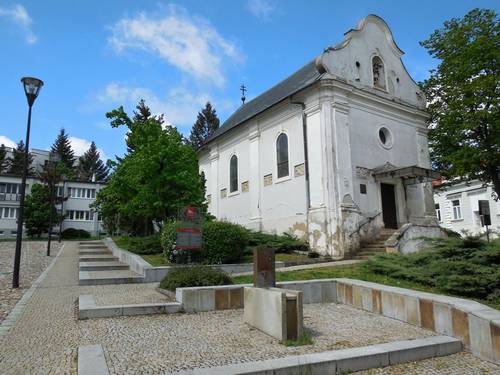 The baroque chapel might be small but adorable. Built in 1739 it stands on the former Franciscan complex and cemetery of the Middle-Ages. The chapel was built to commemorate the end of hunger. In the time of our visit it was closed yet an inscription on its side let us know that inside we would see a ceiling painting with Christ’s baptism as its central motive. Or also there is Archangel Michael’s statue. Under chapel’s floor there is a crypt holding 30 tombs. The outside is decorated with motives of the way of the cross. 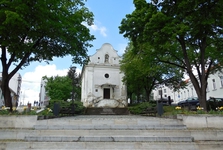 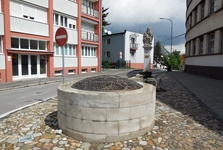 The entire square around St Michael chapel is renovated. Cobble stones, fountain, benches create sort of medieval place of peace. Behind the chapel there is the memorial to the town well which supplied the town with drinking water. Today it no longer serves its initial purpose yet its interesting bronze bars symbolizing the map of Europe and preventing the well from waste is an interesting memory of the past. Right next to the well there is Our Lady of Sorrows statue built in 1763 on a renovated pedestal. 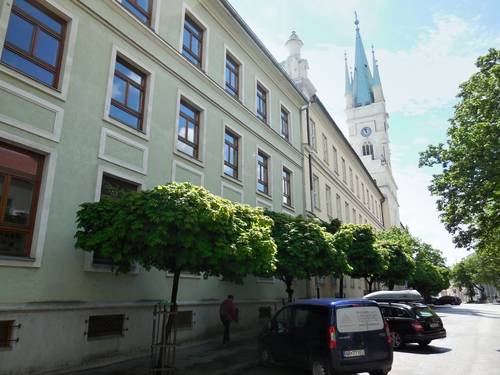 Following Farska Street we returned back off the former town fountain. Soon we saw another sacral landmark-   the Visitation church with tall belfry. The church was built in 1852. During the second world war, part of the belfry collapsed yet it was renovated. The inside hold precious altars. The most impressive of them has three paintings by Vienna painter Schiller. The church is one of the most visited in Nitra. Its parts are a monastery and a school The church has a crypt. The last burial was done in 1946.. 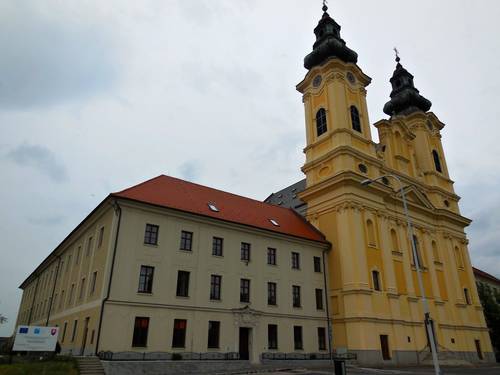 On our way back to hotel, we had seen pretty large staircase leading to another impressive landmark - church of St Ladislav , Nitra’s largest baroque building. It has two-towered front with a pediment. Inside there are many works of art decorating the church. In front of it, you can see a small park with saints’ statues and a lesser Calvary. 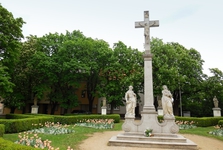 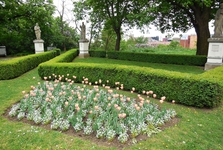 As the day was truly busy and we made our way back from the castle more interesting by seeing sacral landmarks we had been already looking forward to get in the hotel. We saw many church belfries from the hill at St Ladislav church. However, we had no energy eft in us to see them. Before conclusion to our trip we, nevertheless, paid a visit to the Nitra Calvary. But we will tell you the story next week. 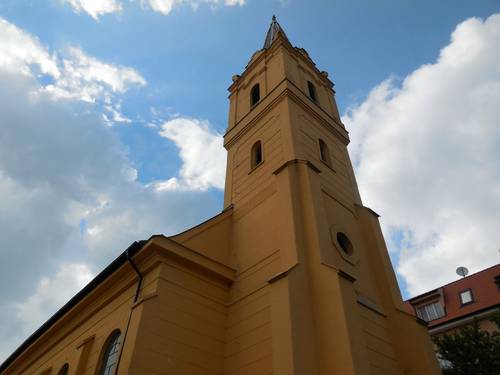