en.infoglobe.cz » SK, Drazovce: The Most Picturesque Church in Slovakia – VIDEO

The village existed independently from the year 1111 (1113) until the year 1975. In the former year, the name of the village appeared in Zobor document. Originally, the village was a property of Zobor cloister. Later, it would belong to the bishopric of Nitra. The dwellers are mostly engaged in agriculture, weaving, and vine-growing. Apart from residential areas, there are some sights to see such as St Francis Xavier constructed in 1803, the Baroque-neo-Classical sculpture of Golgota created in the year 1760, and the Romanesque church of St Archangel Michael built in the 12th century and highly popular among tourists.

The latter sight sits on a rocky hill above the village and it became our point of interest. We saw it during our time at Castle Nitra. It was back then when we decided to see this amazing sight one more in detail. 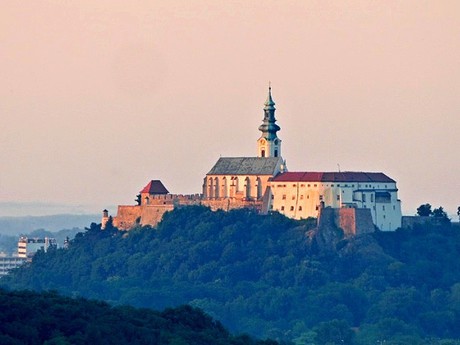 Drazovce is easy to access. You may travel there by car or by public transportation from Nitra's city center. Tourists may follow blue and then green tourist trail when going downhill from Zobor hill. 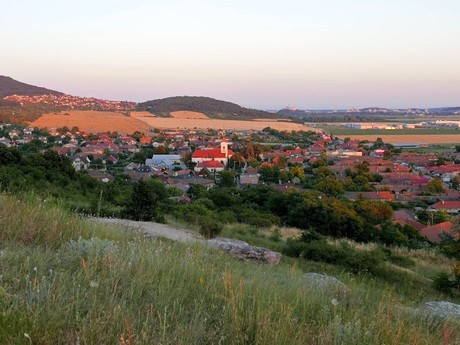 Drazovce is an important archeological locality. Findings from the Paleolite, Neolithic, late Bronze Age, and Hallstatt eras were found here as well as from the era of Great Moravia realm. However, these findings are now stored at many museums. Still, you can be a witness to the times long gone. You only need to climb up a low yet steep hill. 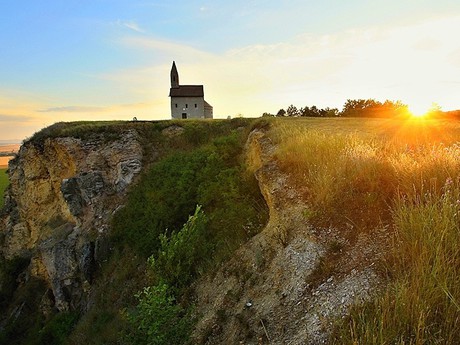 Drazovsky church is one of the oldest and most interesting churches in Slovakia. It is interesting for how it is preserved, atmosphere and archeological findings. The church is situated on the mountain projection of the Tribecske mountain range between the cities of Nitra and Topolcany. It makes an impression of the guardian when seen from distance. When you stand by teh church, the vista over Nitra and villages around is simply splendid. 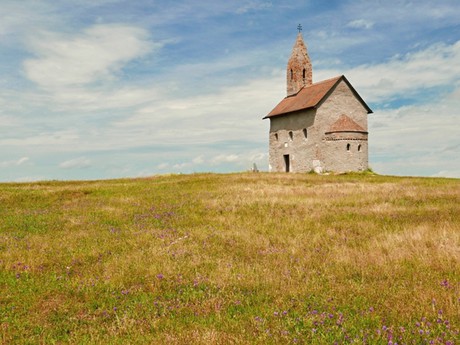 When reading about the history we learn that the foundations were laid as early as the 11th century. Walls were built later from stone mined in the surrounding area. Bricks were made in the 12th and 13th centuries. The one-aisle church features a semicircular apse and a tower featuring pyramidal tower. The church is closed for the most part of the year. The only exceptions are scheduled visits, special masses (on the namesday of Michael – September 29th). Should you be lucky enough to get inside you would see a simple interor made of thick cold walls, narrow windows and an altar. Instead of wooden benches, there are simply chairs. 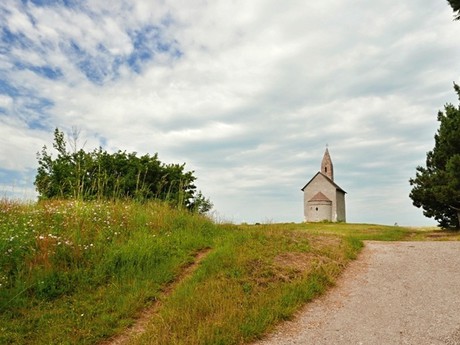 The ten-meter structure was under severe danger couple of decades ago. In the time of socialism, a railroad track was under construction. Building material was mined right in the hill on which the church stands. Fortunately, local protested ended-up in saving this church so you can admire it even today. Moreover, about 400 graves were discovered around the church. These span from the 11th to the 17th century.

There are several interesting facts related to the church. It was depicted on the former 50 Slovak-crown note; on a stamp celebrating 25th anniversary of Slovak provenance; and on the very first set of one-euro stamps. Moreover, there is a legend of St Stephen related to the church. Allegedly, he ordered this church to be built in celebration of God. Also, apparitions were spotted here and made this place a sight of pilgrimage. The church is featured in several movies such as Adam Sangal, Laska na vlasku, or video clips by Tublatanka, Gladiator and some other music bands.

St Michael the Archangel's church is heavily photographed and one of the most promoted sights in Slovakia. Also, it is very popular among bikers, people with dogs, lovers, children who go here to play with kites, and people who love to make a picnic. From here, you can go on and visit nature reserves of Lupka or Zoborska Lesostep. 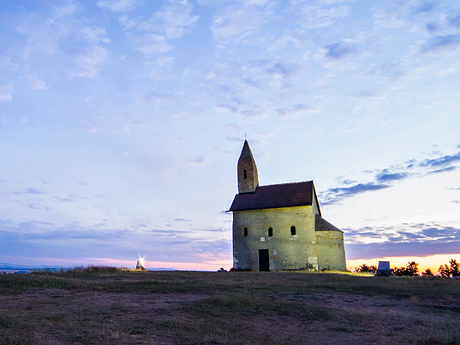 The church is amazing by day as well as at night when it is beautifuly lit. Visiting this sight in beautiful nature environment is a great for families with children. We highly recommend it.