The Brhlovce land register is surrounded by porous andesite tuffs, translated to common language it means „sedimented volcanic rocks “, they are tightly connected to the history of the town. Brhlovce was founded relatively recently, in 1952 when Horne Brhlovce and Dolne Brhlovce were merged. However, the history of Dolne Brhlovce started lot earlier. The first notes about Horne Brhlovce date back to 1245 and about Dolne Brhlovce in 1542. Locals were used to work in agriculture, as weavers and basket manufacturers. The most interesting piece of information is that local tuff rocks haven’t been unnoticed and locals began mining it and processing it.   There begins formation of rock dwellings , even when they say the Turks made it. Turkish invastions in the 16th and 17th centuries were allegedly initiators of these rock dwellings. The dwellings were supposed to defend locals. Soon, they were used not only as shelter from enemy but also a place of harvest storage. 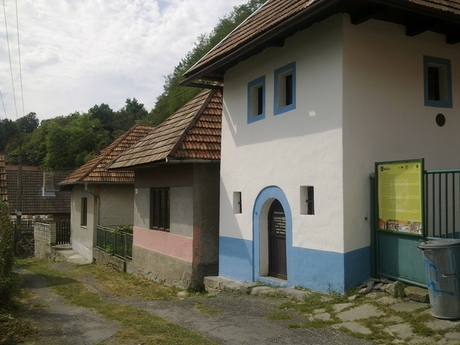 Regardless the truth, important thing is that we can admire this extraordinary construction even today. This extraordinary thing was declared protected folk landmark area in 1983. In this year the Tekovské museum in Levicie took over its administration and it was opened to the public in 1992 after vast renovation. There are certainly more objects carved into tuffs. The most reflective of them are located in „Surda“ street in the center of landmark protected area. There is also located an exhibition that reflects great importance of this for society. The exhibition consists of the No 142 dwelling that is made of a brick house built in 1932 and of the spaces carved into rocks on two floors. The ground floor is divided into summer kitchen and a closet where products and tools made of stone are displayed. On the first floor there is a observation platform and a small closet. The exhibition interior is furnished with period furniture and equipment that represents the peculiar form of construction and living since the end of the 19th century until the 1950’s. 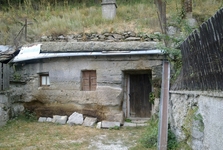 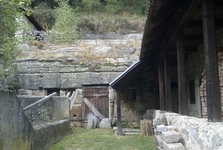 Beauty of this sight hasn’t been left unnoticed by Europe. Europa Nostra, an international award to Tekovske museum is a proof of this. It received it in 1994 as the very first Slovakian organization. Exhibition is opened since April to October. Except these months it is available on request. Visitors can also have a guided tour as well as propagation materials mounds. Entrance fee is low. 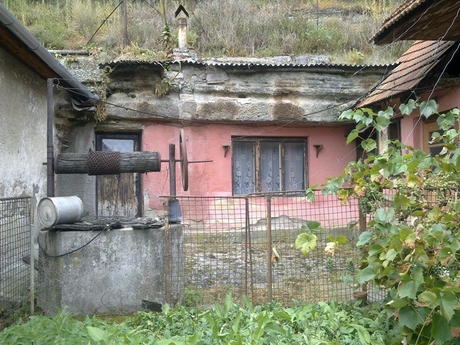 Except of rock dwellings you may find also interesting sacral buildings like a second-hall of the 19th century evangelical church, a Roman-Catholic church built in 1771, or late-classicist chapel built in 1860, there is also a late baroque monastery built in 1756, or a 2WW victims memorial. 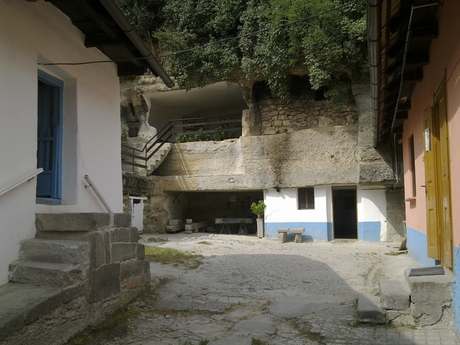 Brhlovce town is worth visiting; it offers a perspective on unusual living of locals, harvest storage and things carved in rocks. Except of dwellings it will make you happy for its other beauties.