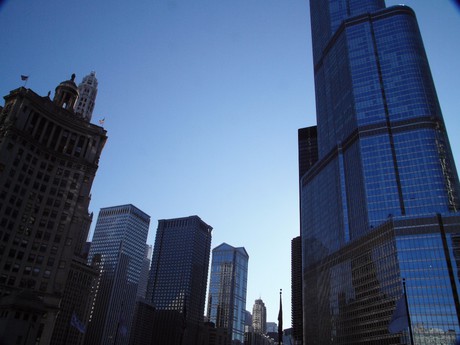 John Hancock Center is the fourth tallest building in the city. There is a luxurious restaurant on its 95th floor. The vista is stunning. The restuarant is very popular so you will probably stand in line and you need to show your ID. Then you can enjoy the stunning vista over the city. Food and drinks are very expensive yet money are well spent there. I would say that the best view is at ladies. So, ladies, be sure to visit restroom for ladies. There is an observatory on the floor below the restaurant. It is open 9 am to 11 pm. It costs 15 dollars to enter it. 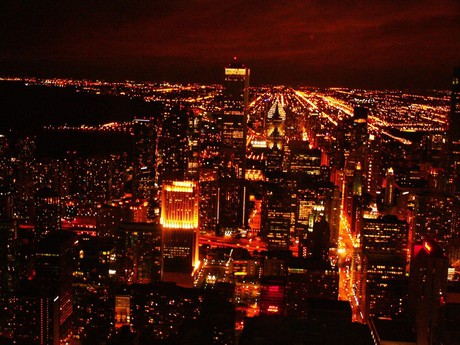 Another day in Chicago is ahead of us as well as more sightseeing. We will introduce you some famous statues of Chicago. Michigan Avenue is the most important street in the city. The statue of the famous Hollywood singer and actress Marilyn Monroe,  which is 8 meters tall makes the street even more beautiful. It was installed in 2011 and is very popular. However, it is not the only interesting statue in the streets of Chicago. Many are, for instance, in front of museums or just placed randomly aroudn the city. The visitors also like the statue of basketball player Michael Jordan near United Center sports hall. 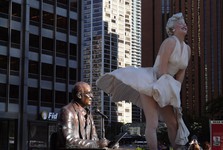 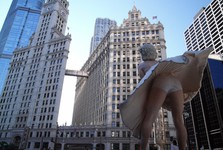 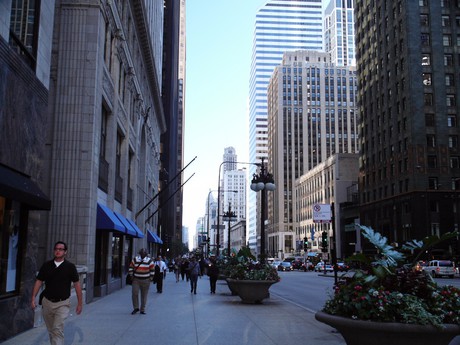 Lincoln Park Zoo is the largest park in the city. It is located near the shores of Lake Michigan. There is a zoological garden which is opened daily. The entrance is free of charge. 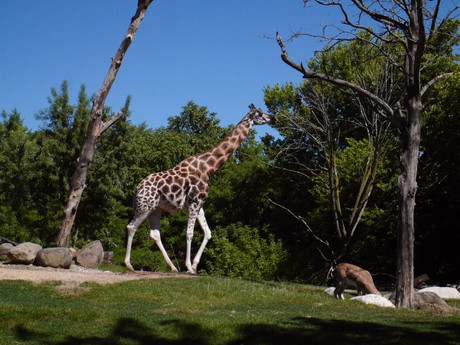 Cermak Road was another point of interest for us. The street is named after Antonin Josef Cermak, an enterpreteneur fro Kladno. In Chicago, Cermak became involved in politics and he even was the mayor in the years 1933–1933. There are many Czechs who moved to Chicago around this street yet this was not the main reason for our visit. The reason was simpler than that. Three months in the US made us longing for food from our homeland - dumplings and Czech beer. Klas Restaurant is a Bohemian restaurant on Cermak Road. Its address is 5734 West Cermak Road, Cicero. However, the disappointment came once we decided that the restaurants opens for only two days in a week. So find out its opening dates ahead. 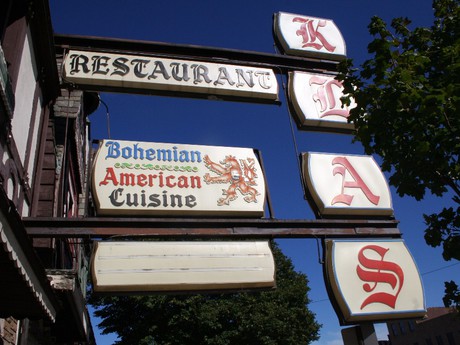 Chicago is trully an amazing city worth your time. One feels pretty good there.